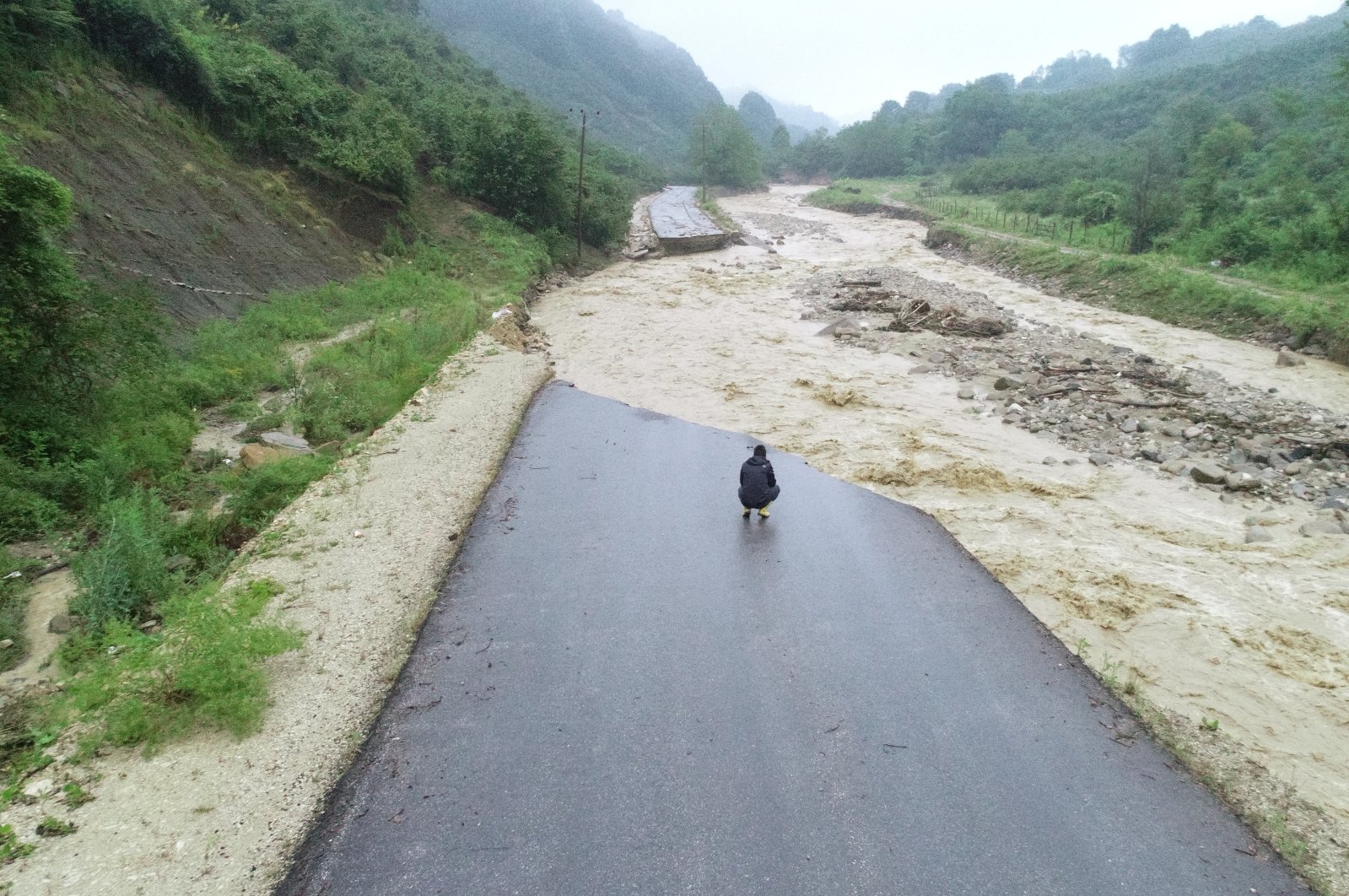 Flash floods late Tuesday led to a collapse of a road where a similar disaster claimed seven lives two years ago in the same place in northern Turkey’s Düzce.

Part of a road connecting the Esmahanım and Uğurlu villages in the province succumbed to the massive waters of a stream that had overflowed its banks after heavy rainfall. Search and rescue crews rushed to the area and saved 47 people who were stranded on the higher ground where they took shelter after the floods. Some climbed onto the roofs of their houses when the lower floors became inundated. Eighty-eight others were evacuated while about 20 people are still stranded in flood-hit areas. Most of those stranded were in Esmahanım where a bridge connecting two sides of the village divided by a stream also collapsed.

Workers equipped with bulldozers were working to build an alternative road for access to the villages on Wednesday. Düzce Governor Cevdet Atay told reporters after a visit to the villages that having no fatalities was the only solace. He said the crews worked for hours and they set up a crisis desk to help the locals and restore the roads.

Two other villages also suffered damage in the floods. A large number of cattle and sheep were also killed in the floods while floodwaters swept away tractors, agricultural equipment and cars in the villages. It was unclear how many fields were damaged in the disaster, but drone footage of the region shows floodwaters stretching for kilometers across a large swathe of land.

Turkish Red Crescent (Türk Kızılay) set up mobile kitchens in the area to serve food to citizens whose houses were damaged in the disaster in the Esmahanım and Dokuzdeğirmen villages, which were affected most by the floods. Minor landslides triggered by heavy rainfall also suspended traffic on a major road connecting Düzce to Zonguldak province. The road was partially opened on Wednesday. The disaster took place some ten days before the anniversary of flash floods that killed seven people in Esmahanım and nearby villages in 2019.