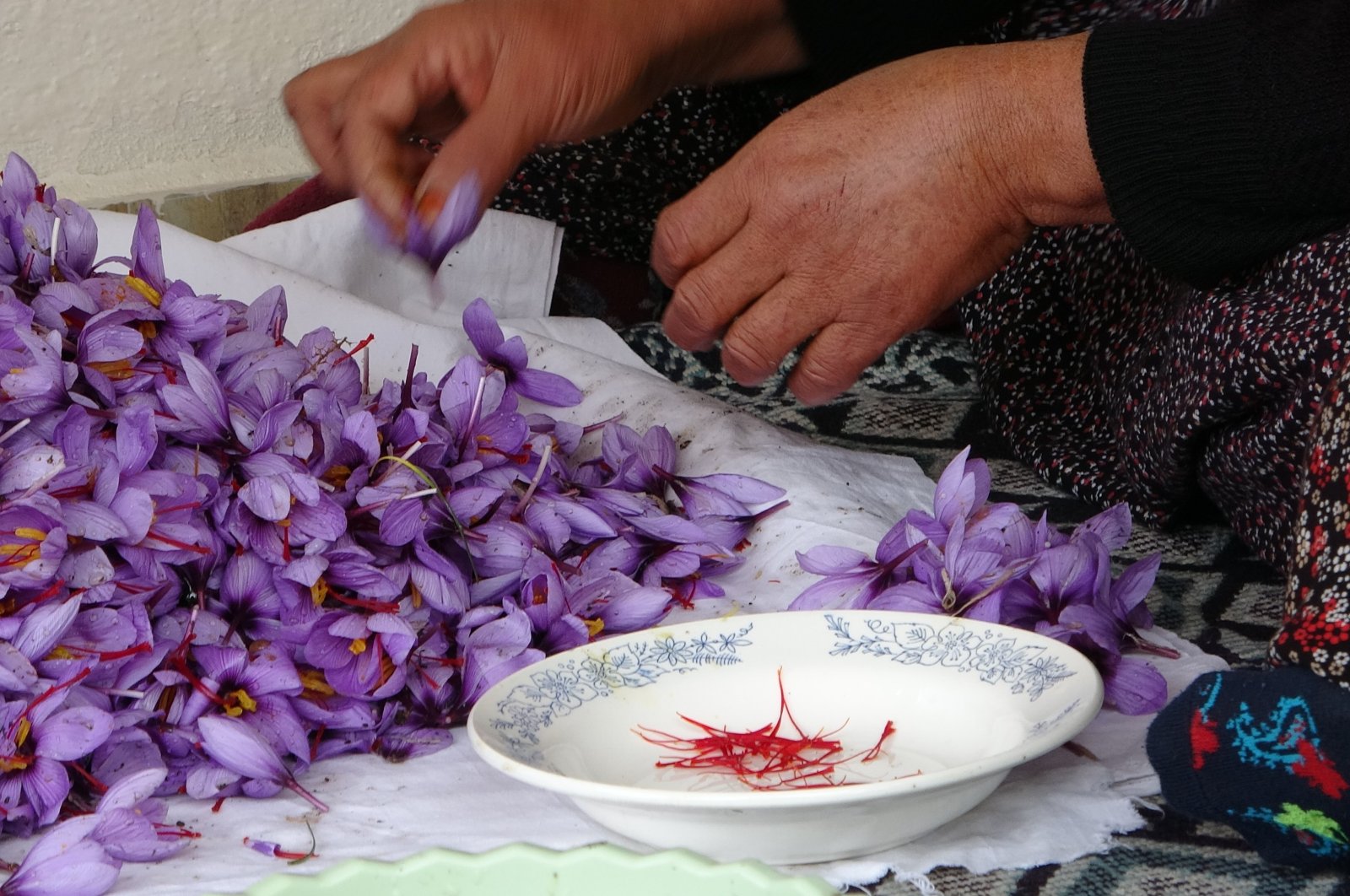 When wildfires broke out in Adana's Kozan district last summer, Ali Gök did not abandon the saffron he had planted, not even for a day – and now the flowers have blossomed. The season's first harvest has begun, and Gök, along with other residents of the neighborhood, is working day and night to produce 700 grams (1.54 pounds) of saffron from 3 acres of land.

Gök, who began production with a single saffron bulb he brought from Safranbolu 15 years earlier, said that saffron, which blooms for only 40 days a year, makes for an arduous harvest.

"Our saffron harvest has started," Gök explains. "The saffron we have has blossomed and now we are harvesting it. I brought one bulb and by the second year I had 10, now I plant on 3 acres of land. From these 3 acres we harvest up to 800 grams. It goes for 50 TL ($5.23) a gram."

"There's a bit of a market crunch. Saffron is just like gold. The harvest begins in the first week of November and continues for 40 days. It's a very healing and fertile product, but difficult to harvest. We separate the red threads inside the flower one by one until night falls," says Gök.

Explaining that it is very difficult for all the production in Turkey to generate 5 kilograms of saffron, and that the product, a favorite in Europe, especially in Italy, is used in the pharmaceutical industry abroad, Gök noted that saffron is made into a tea, used as an ingredient in food and sold as a medicinal herb.

Noting that the flowers, which began to bloom on Nov. 1, are harvested as they bloom for the next 40 days, Gök stated that he expects support from the authorities to export his saffron abroad.