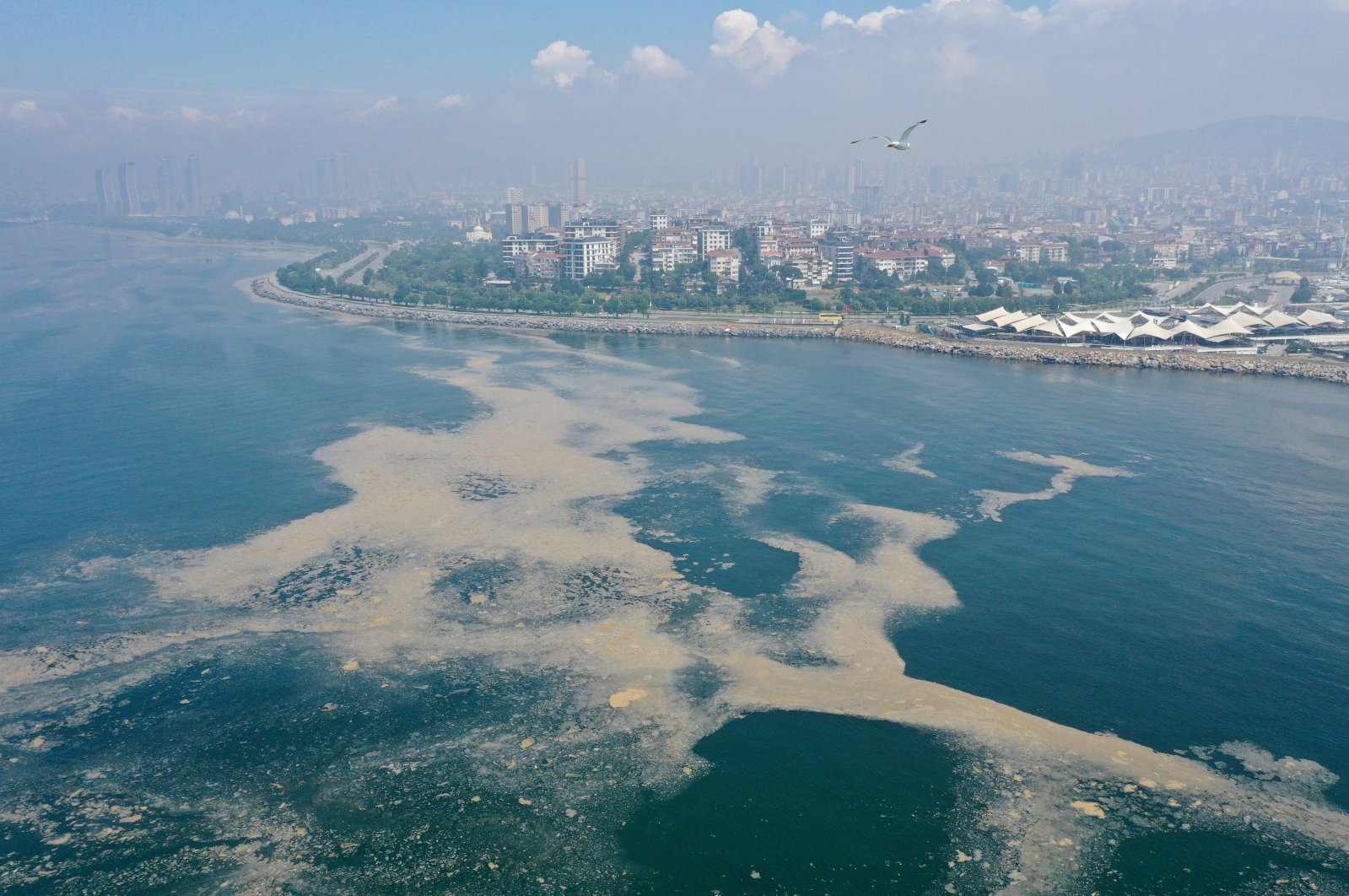 Scientists are studying the sea snot, which plagued Turkey’s Marmara Sea for months, and looking for ways to turn it into a renewable energy source

This thick layer of slimy substance, a consequence of pollution, was devastating for marine life and turned attention to maritime pollutants. Mud from waste treatment facilities are among those pollutants and scientists plan to turn it into synthetic gas, hydrogen, heat and electricity source through the development of high technology.

Supported by the Scientific and Technological Research Council of Turkey (TÜBITAK), the project will be a world first and is expected to provide a major source of revenue for the economy by tapping organic waste.

Professor Iskender Gökalp from METU and Professor Didem Özçimen from Yıldız Technical University, two experts, respectively specialized in energy and environment technology and bioengineering, will lead the team of scientists.

Sea snot itself was already converted into gas in 2018 by Turkish scientists, while plans are also underway to tap into the potential of sea snot as fertilizer. Sea snot is essentially a mass of microorganisms enriched by components of untreated waste discharged into the sea, a problem that increased this year at landlocked sea.

Gökalp told Anadolu Agency (AA) on Monday that the Marmara Sea is under tremendous pressure of pollution, contributed by pollutants originating from the Black Sea carried to the sea through Bosporus and pollutants stemming from growing population, industrialization and agricultural activities.

“Household waste and industrial wastewaters are the main triggers of the phytoplankton boom causing sea snot. For a permanent solution to sea snot and to tackle the problem at its source, wastewater discharged into the sea should be reduced in its pollutant load. To achieve this, we need a new scientific approach to recycling practices,” he said.

“We want to pursue a holistic approach to mucilage issue and show that a solution is doable if you design proper systems,” he said.

Gökalp and Özçimen’s work focuses on highly humid mud discharged by wastewater treatment facilities, which is very challenging to dispose of. Gökalp says they will enable proper disposal while at the same time deriving energy potential from the organic waste, through what he called a hydro-thermal carbonization method, to convert it into biomass. He says joint gasification of lignite and hydrocoal enables the production of synthetic gas and hydrogen. “Considering the high amount of mud from wastewater treatment facilities, this organic waste can easily be considered an important renewable energy source,” he highlighted.

More importantly, the project will help reduce the possibility of accumulation of new sea snots as it will reduce the nutrient load in the waste that triggers mucilage boom through wastewater, according to Gökalp.

Turkey’s clean energy investments have reached $66 billion (TL 559 billion), with renewables constituting over 53% of the country’s total installed power capacity, according to data published in September. Installed renewable capacity amounted to 52,353 megawatts (MW) out of a total capacity of 98,493 MW as at the end of last month, the data compiled from Electricity Transmission Company (TEIAŞ) showed.