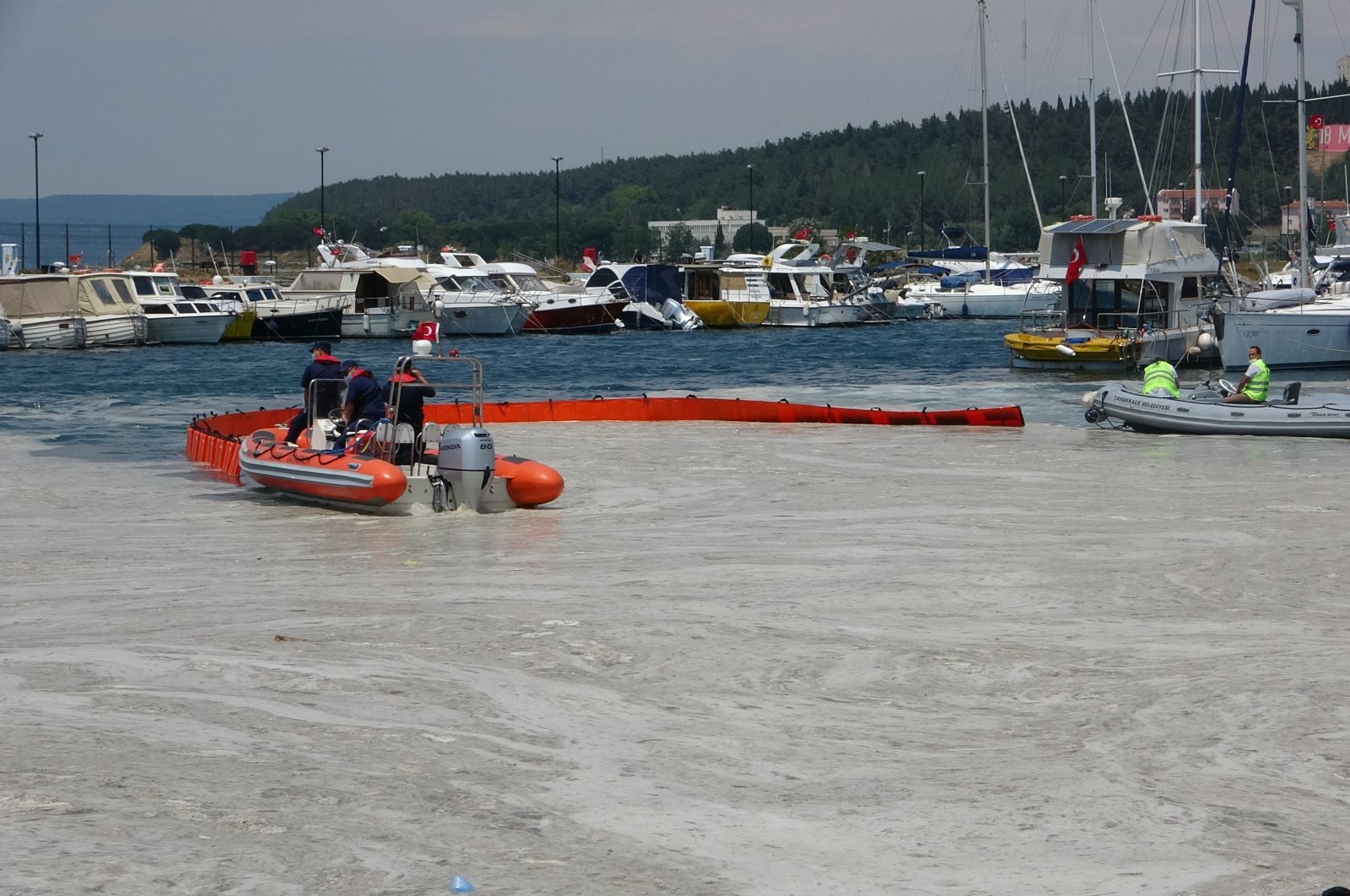 The very thing damaging the sea could be put to good use on land, as scientists come forward with ways to recycle the marine mucilage, or "sea snot," blanketing shorelines across Turkey's Marmara Sea. A professor at Onsekiz Mart University in Çanakkale, west of Marmara, says he and his colleagues managed to convert the substance into gas in 2018 and that with further work, it can be used as an energy source. Other scientists at a university in Bursa, another province whose coasts were affected by the mucilage, are working on turning it into fertilizer.

Sea snot is essentially a mass of microorganisms enriched by components of untreated waste discharged into the sea, a problem that proliferated this year at landlocked sea. The country is currently in the midst of a cleanup campaign to get rid of the thick, slimy substance harming maritime flora and fauna.

Professor Hüseyin Erduğan from Onsekiz Mart University’s Department of Biology, says converting the mucilage into fuel is the most economical way to dispose of it. He explains that mucilage is actually an exopolysaccharide (a biomacromolecule composed of carbohydrate residues emitted by microorganisms) and that while pollution did aggravate the sea snot problem, it was ultimately caused by those microorganisms. “Our study in 2018 showed a significant part of mucilage is caused by bacteria. It contained nitrogen, phosphorus and silicon. These can be used in different fields, though its structure containing heavy metal may pose a risk. Mucilage itself is some sort of self-defense mechanism for the maritime organism to protect their environment and it actually cleans their premises, though it is harmful to other organisms when it sets in at the bottom,” he said.

Sea snot can be converted into fertilizer but it is a difficult process, Erduğan noted, adding that turning the mucilage into a gas with a high amount of calories is the easiest option. “This gas can be converted into electricity,” he said. Erduğan also warned against dumping mucilage into solid waste collection areas, as its polymeric structure may result in its self-conversion into plastic in the future.

“Mucilage, when pyrolyzed, will turn into gas as its carbons will emerge during this process. The gas can be collected in tanks and this gas will contain different types of gas, including hydrogen,” he told Demirören News Agency (DHA) Thursday. Converting the sea snot into gas may also help the country diversify its energy resources.

Professor Mete Yılmaz of Bursa Technical University is working on a similar project focused on converting the mucilage into biofuel, pesticide and fertilizer. Yılmaz and his team of researchers run tests on sea snot samples to determine their potential. “If it passes safety tests, it can be used in agricultural activities,” he told DHA. “Other researchers here at our university are also looking into the potential feature of mucilage as something which can be converted into bioplastic. We are also checking if it can be raw material for a new biofuel,” he says. Yılmaz believes if they are able to tap into sea snot's recycling potential, they may even need to "produce it on their own, in their farms" in the future.