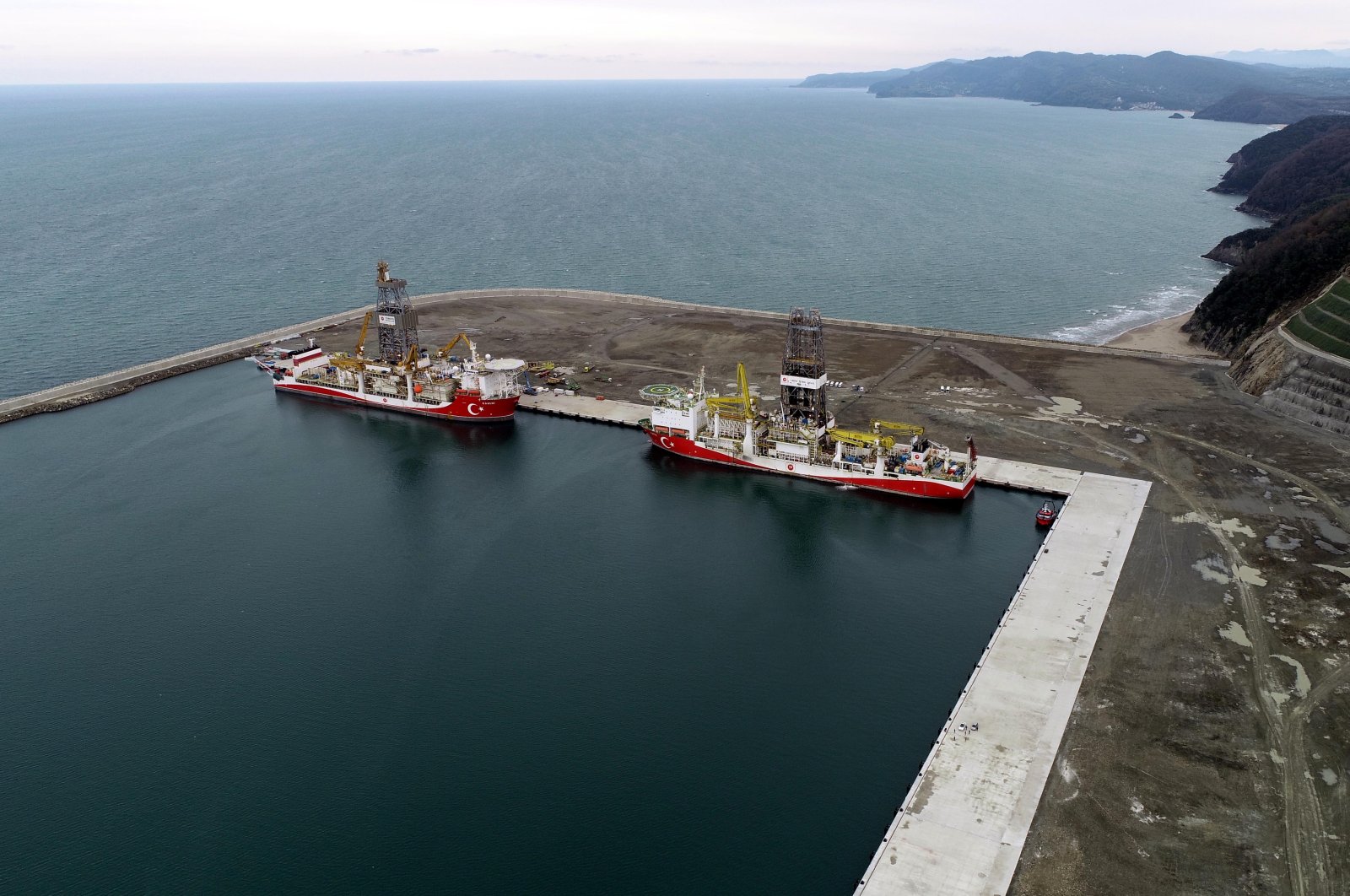 The natural gas deposits Turkey has discovered in the Black Sea are expected to help the energy-dependent country cover its needs in the years to come, allow it to import cheaper gas and trim its annual average energy bill.

Further exploration works in the Black Sea have yielded results.

The find brought the total amount of deposits discovered by the state energy company Turkish Petroleum Corporation (TPAO) to 540 bcm as the announcement followed one last year that 405 bcm of natural gas was found at the nearby Tuna-1 well, the biggest ever discovery in the Black Sea.

Both discoveries were made by the country’s first drillship, Fatih.

Ankara aims to pump gas from the Sakarya field to its main grid in 2023, with sustained plateau production starting in 2027 or 2028. The field is expected to reach full production status after a four-phase development plan.

Addressing the opening of a new port in the Black Sea coastal province of Zonguldak, Erdoğan said authorities would work “day and night” to achieve that target.

He added that more gas discoveries in the region were possible.

In addition to Tuna-1 and Amasra-1, Fatih also drilled the Türkali-1 and Türkali-2 test wells. It is currently drilling the test well of Türkali-3 while Kanuni is carrying out completion tests in the Türkali-2 well.

Turkey intends to exploit the wells without foreign assistance and would not require outside financing, the president said.

The Black Sea gas will be brought ashore with the Sakarya Gas Field Development project, which includes the construction of seabed gas production systems, a gas processing center within the Filyos industrial zone and pipelines to connect those units.

A pipeline stretching at least 160 kilometers (100 miles) will be required to connect new wells in the region to the main grid, while Ankara looks to construct the receiving station within two years.

Turkey, which has little oil and gas, is highly dependent on imports from Russia, Azerbaijan and Iran, as well as liquified natural gas (LNG) imports from Qatar, the United States, Nigeria and Algeria.

Its natural gas output stood at around 441 million cubic meters last year, according to the Energy Market Regulatory Authority (EPDK).

Separately, on May 17, Erdoğan also announced that the nation discovered oil in three new onshore wells over the last month.

The oil has been found at two wells in the southeastern Diyarbakır province and at a third site in the northwestern province of Kırklareli.

Data shows the Black Sea deposits could help meet at least 10 years of the nation's gas demand and are seen as a solution to some of the country's long-term vulnerabilities, such as its energy-import bill.

The discoveries could reduce the country’s annual import bill by $6 billion with 20 bcm production per year, according to the head of the Natural Gas Distribution Companies Association of Turkey (GAZBIR).

“Production of 15 bcm from the Tuna-1 well could meet 30% of Turkey’s annual gas need ... The new gas find is sufficient enough to meet Turkey’s total gas need for three years,” Yaşar Arslan was cited as saying by Anadolu Agency (AA).

Melih Han Bilgin, chairperson and CEO of TPAO, said the new discovery in the “world-class” western Black Sea basin, the Sakarya gas field, has the potential to support additional developments.

Bilgin said that the maximum production potential in the Black Sea could increase up to 20 bcm per year with the new discovery.

“In total with the Tuna-1 and Amasra-1 discoveries, Turkey’s natural gas import bill could reduce by $5-6 billion when production rises to the plateau level of 20 bcm,” Arslan said.

Around 155 kilometers of the pipeline will be built underneath the sea to where it would come onshore at Filyos in Zonguldak.

TPAO will invest some TL 780 million ($89.99 million) only in the production and transmission facilities. The overall investment volume in the Sakarya gas field has not been publicly disclosed yet.

The pipeline will carry the natural gas that will be produced underneath the sea to the gas processing facility, of which the groundbreaking ceremony was held Friday. Following the processing, the gas will flow into the national gas distribution system.

Palzor Shenga, vice president for upstream research and analysis at Norway-based Rystad Energy, said the Kanuni drillship is scheduled to conduct well testing in Amasra-1, hence providing some insight on the productivity of the reservoir encountered.

“Nevertheless, if proven, in combination with the additional resource from future discoveries, it will trigger significant investments in Turkey’s gas sector. The development of the deep-water field will help to meet Turkey’s increasing demand for natural gas,” Shenga said.

He said the finds will aid in a substantial reduction to the country’s import costs.

“Furthermore, although Turkey’s path towards energy self-sufficiency remains very long and uncertain, the country’s newfound hope that low-cost discoveries are feasible will pave the way for further exploration and development programs,” he added.

It is an exciting time for the Black Sea, a frontier basin that has for long not delivered to its expected potential, Shenga concluded.