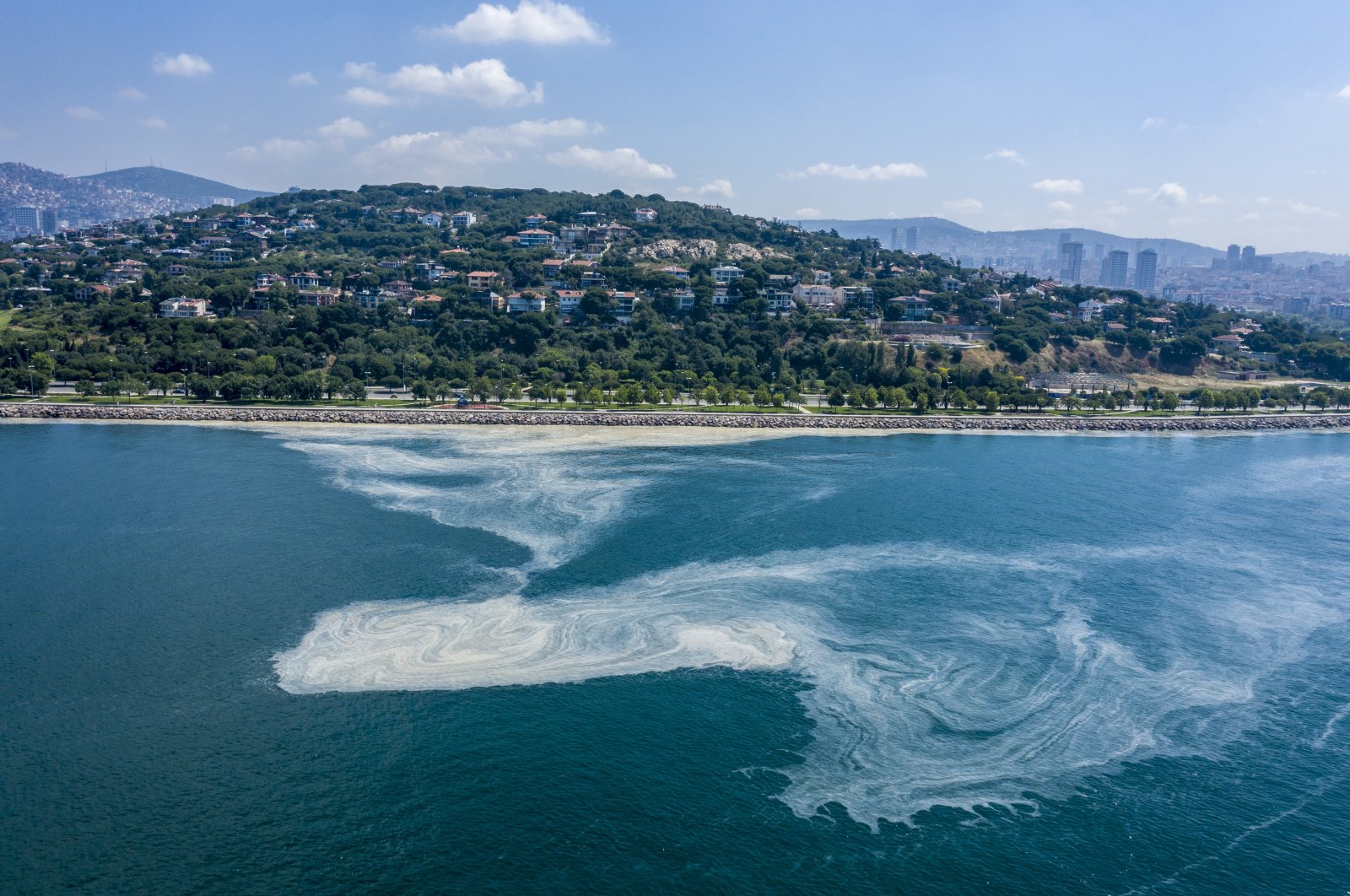 After one month of research on the Marmara Sea, scientists aboard the Bilim-2 (Science-2) vessel announced the good news that the issue of the sea snot, or marine mucilage, currently blanketing the sea could soon be over. Associate professor Mustafa Yücel, one of the researchers, said sea snot (a massive cluster of microorganisms) is now stuck at a depth of 30 meters (98 feet) and its growth has partially stopped. “We predict it will diminish further this summer,” Yücel told Demirören News Agency (DHA) on Tuesday.

The landlocked sea has fallen victim to the slimy substance over the past few months. Mostly engulfing areas near the shore, sea snot threatens to suffocate marine life and has dealt a blow to fishing and swimming activities.

Bilim-2, a vessel operated by Middle East Technical University (METU), is among the research ships touring the sea to examine the extent of the mucilage. Yücel says the sea snot has lost its impact on the surface and was losing ground underwater as well. “It would be worse if it penetrated further underwater. The Marmara has already been losing its oxygen due to excess input of phosphorus and nitrogen. The sea snot needs oxygen to survive and if it settled in deeper, it would exhaust oxygen and essentially kill the marine life at the bottom,” he said.

A cleaning campaign is underway against the mucilage while strong winds occasionally emerge, helping with the disposal of sea snot. Currents at sea also affect the phenomenon. Yücel says the Marmara has two major currents, with one hailing from the Black Sea in the north and another deeper one, a “static current.” But this also means trouble for other seas. “Satellite data shows layers of mucilage drifting towards Aegean, through Çanakkale (Dardanelles Strait, in the southwest of Marmara),” he warned. Still, having mucilage closer to the surface is “good news,” according to Yücel. “It is better than it reducing the oxygen level for flora and fauna living in deeper levels,” he highlighted.

Yücel said Marmara’s north, where the country’s most populated city Istanbul is located, was at lower risk according to the research. However, he added that Istanbul could be at risk if winds and currents were to change.

The cleaning campaign, which started in the first week of June, successfully cleared 8,405 cubic meters of sea snot so far, the Ministry of Environment and Urban Planning announced. The ministry coordinates efforts for cleaning via boats along with municipalities of cities littoral to the Marmara. The collected mucilage is demolished at waste treatment facilities. Pollution aggravates the sea snot and Minister Murat Kurum announced on Tuesday that a total of TL 14.8 million ($1.6 million) in fines were issued to facilities violating environmental protection regulations. Untreated waste discharged into the sea is among the culprits of the mucilage, experts say.