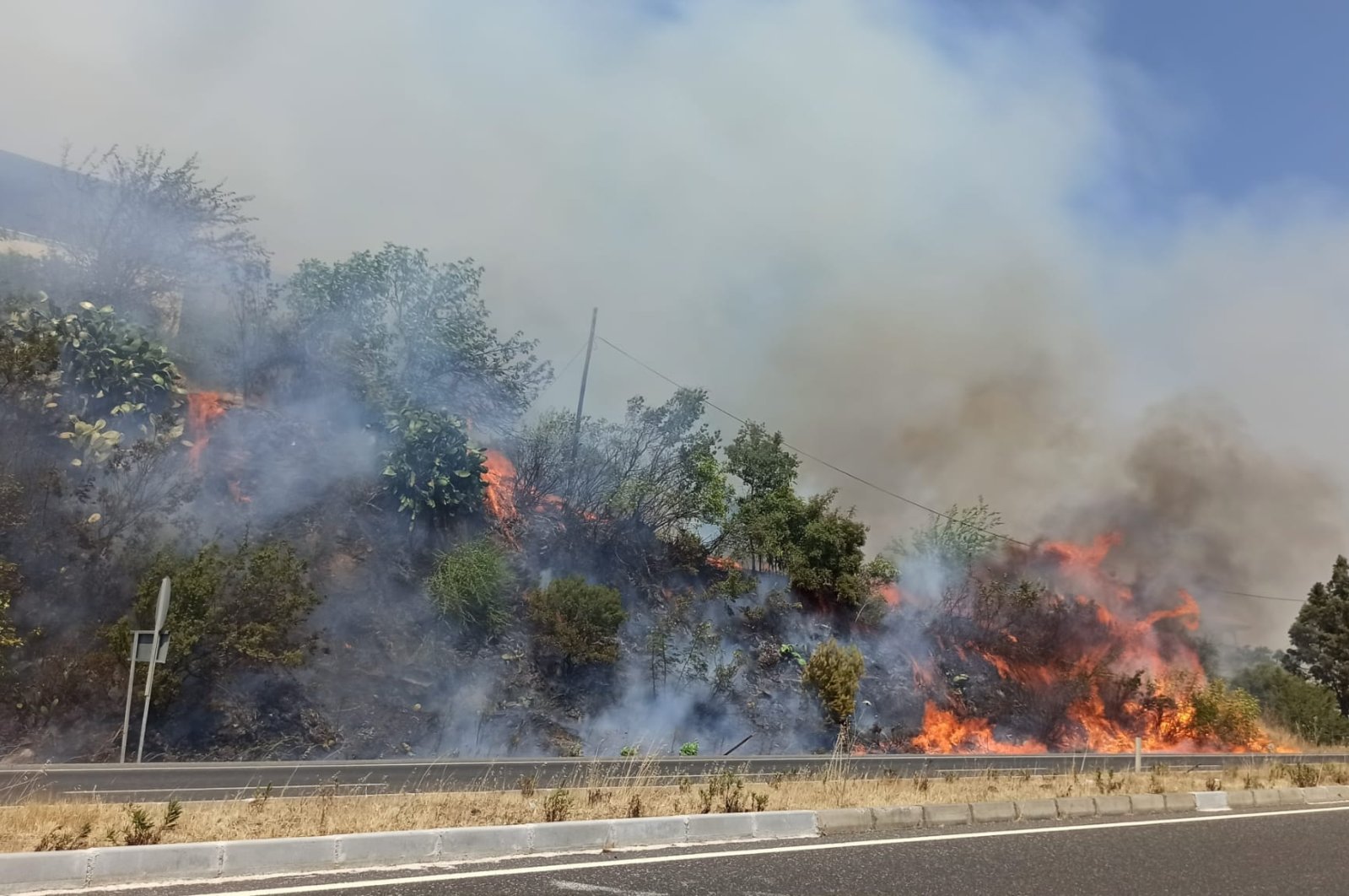 A residential area in the southwestern Turkish province of Muğla were evacuated after a forest fire broke out on Monday. Firefighters were deployed to the area in the province’s Ula district. The fire comes one day after Marmaris, another district in Muğla, experienced a forest fire that claimed the life of a forestry worker trying to extinguish the blaze.

A small forest in Çıtlık, a countryside region through which the road connecting central Muğla to the popular resort town of Fethiye runs, caught fire in the early hours of Monday. Winds carried flames further to nearby neighborhoods. Local authorities deployed fire trucks and three fire helicopters to the area while the Muğla-Fethiye road was closed to the traffic. Gendarmerie staff helped residents evacuate houses on the fire's path. Television footage showed health care workers assisting people affected by the dense smoke. Locals, armed with garden hoses, also joined the extinguishing efforts, trying to put out flames before they reached their houses. Firefighters managed to extinguish the fire in a few hours but cooling efforts are still underway in the area.

The Mediterranean region where Muğla is located is prone to forest fires every summer due to its warm climate which worsens the fires. Fires are usually blamed on reckless individuals who improperly discard easily flammable material, such as cigarette butts.

In Sunday’s fire, some 100 hectares of red pine forest was gutted by the fire, which was put out before it reached the LPG tank belonging to a five-star hotel in the resort town. Authorities said if the massive were to have exploded, it could have triggered another disaster. Firefighters, equipped with 80 trucks, bulldozers, water tankers and helicopters battled with the fire for eight hours before extinguishing it. Görkem Hasdemir, a forestry worker helping them, succumbed to burns he suffered when he was caught among the flames.

Also on Monday, media reports said a massive forest fire broke out in Syria’s Latakia, opposite the border with the Turkish province of Hatay. Turkish firefighters were deployed to a military-controlled border zone in Hatay, in case the fire spreads to the Turkish side.