One killed in forest fire in Turkey’s Marmaris 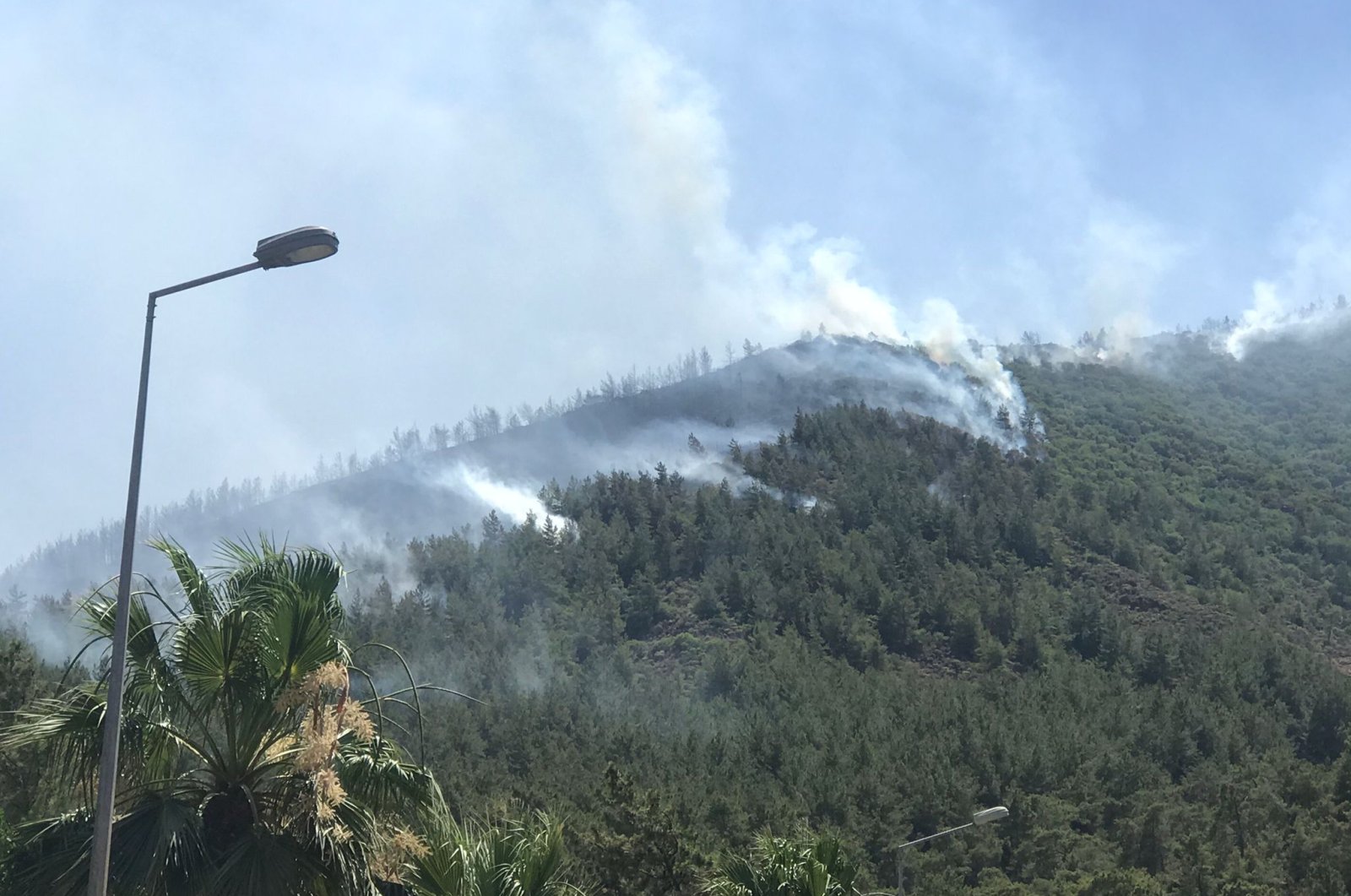 An employee of Turkey’s General Directorate of Forestry was killed and a police officer was injured in a major forest fire in the Marmaris district of southwestern Turkey’s Muğla province on Sunday as authorities are intensifying efforts to bring the blaze under control.

The cause for the fire remains unknown for now, and Muğla Governor Orhan Tavlı announced that strong winds are making it harder to extinguish the fire.

“Our crews are fighting the fire in accordance with the direction of the wind,” he said.

“Support is incoming from neighboring provinces and districts,” Tavlı added.

10 helicopters, 78 hoses, seven first responder vehicles, six bulldozers and other equipment are all being brought to bear in efforts to extinguish the fire, a report by Demirören News Agency said.

Turkey, which seeks to increase the number of its forests, faces a heightened threat of forest fires, especially in the summer. In recent years, it has modernized its crews responding to fires and has improved training for firefighters.