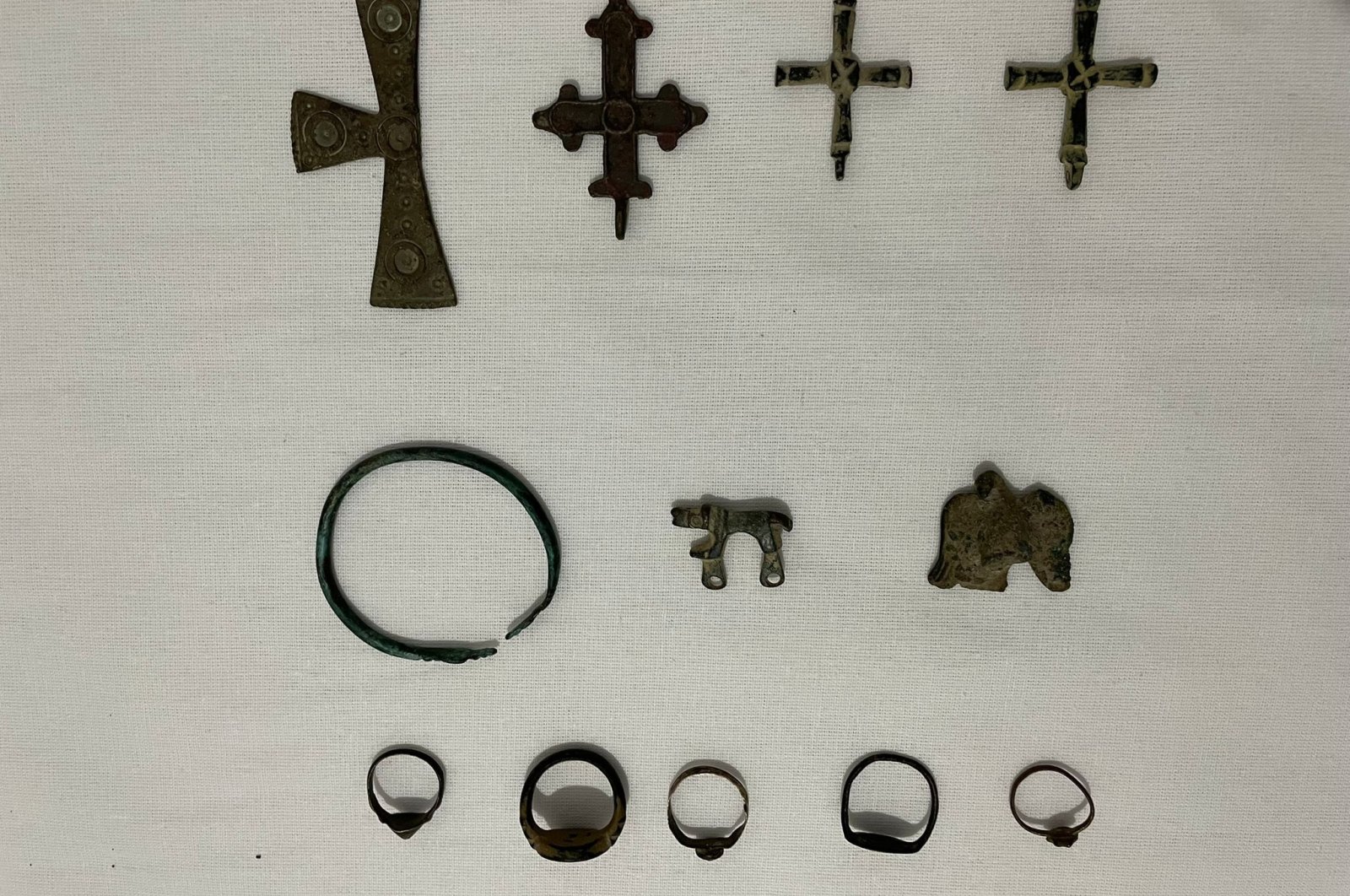 Security forces seized 46 objects considered to be historical artifacts in eastern Turkey's Malatya province and 1 suspect was detained, according to a statement made by the Governor's Office on Tuesday.

According to the statement, the Provincial Gendarmerie Command and Darende District Gendarmerie Command teams acted upon a report that a suspect from the Gürün district of Sivas would bring the artifacts to sell in the Darende district of Malatya. The teams organizing the operation seized 33 silver coins, 5 silver rings, 4 crosses, 2 animal figures, 1 seal and silver bracelets. The artifacts were handed over to the Museum Directorate.

In September, police had also seized 86 artifacts in Istanbul. These 86 historical artifacts were seized upon a tip-off in an operation conducted in Istanbul’s Kağıthane and Beyoğlu districts.