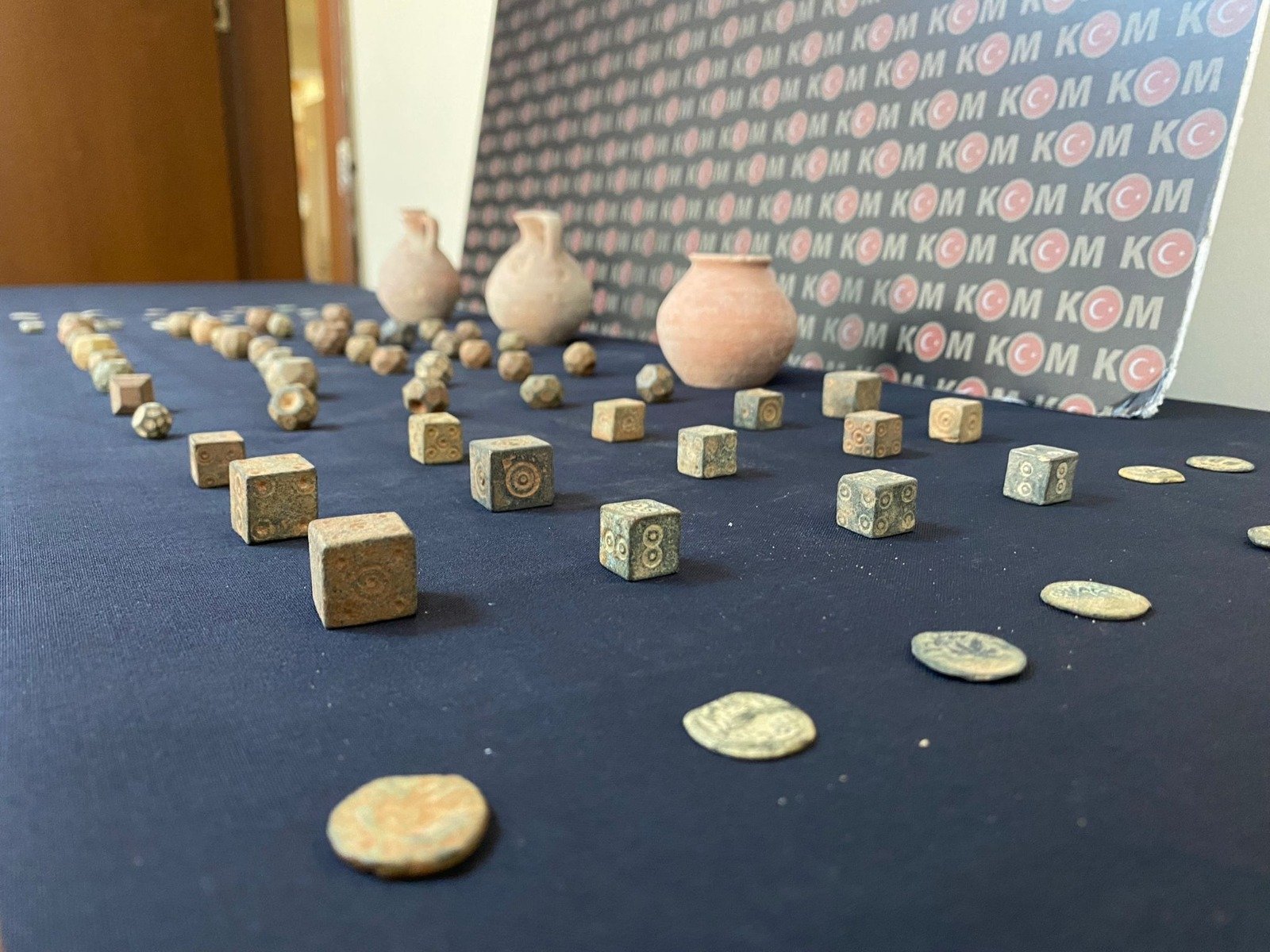 86 pieces of historical artifacts were seized upon a tip-off in an operation conducted in Istanbul’s Kağıthane and Beyoğlu districts.

The suspect, identified only by his initials O.E., was arrested.

Thousands of artifacts were also seized in another major anti-smuggling operation. The operation dubbed “Anadolu” (Anatolia) spanned 30 Turkish provinces, as well as Bulgaria, Croatia and Serbia. In that international operation, Turkish security forces nabbed 76 suspects and recovered at least 4,122 artifacts. Including those already apprehended, authorities issued arrest warrants for 92 suspects in total.