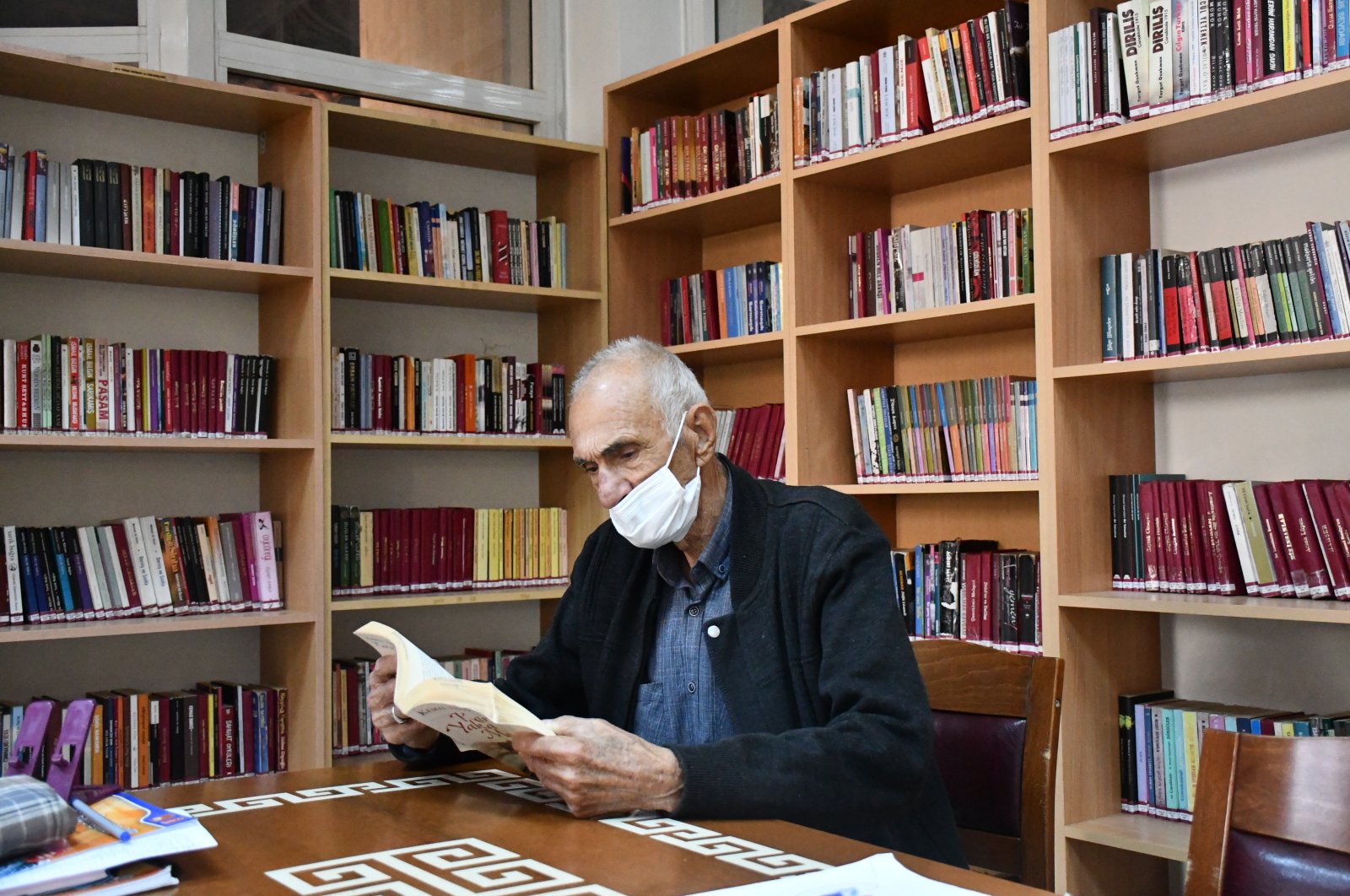 The literary legacy of Kahramanmaraş boasts the likes of prominent poets and writers from Cahit Zarifoğlu to Sezai Karakoç and Rasim Özdenören. Yet, this southern Turkish province of more than 1 million people has only 120,000 people who go to libraries. Hacı Ahmet Gönen, a 79-year-old former rug weaver, seeks to inspire the younger population for reading with his devotion to books, a passion he keeps alive since learning how to read and write at a later stage of his life, at the age of 21.

Gönen is a primary school graduate but he barely knew how to write. Literacy classes provided to illiterate conscripts in the army gave him an opportunity to open a door to the world of books. Since completing the classes and returning to civilian life, he adopted a regular reading habit. He did not have much time, though, due to his job. Now retired, the elderly man devotes most of his time to reading. He became a member of the Kahramanmaraş Metropolitan Municipality Public Library in order to improve his reading.

The father of eight children and grandfather of 15 grandchildren, Gönen has read around 500 books in the past three years, and people around him call him the "bookworm."

Becoming emotional and even bursting into tears when reading sad parts of books, he fully devotes his attention to the books and embraces them, according to Gönen, who said his children would sometimes warn him that he could harm his eyes from reading too much.

Ayşe Sofioğlu, the director of the library, said Gönen was one of a kind and he is setting a very good example for young generations who are apparently less interested in reading books. "He comes to the library and talks to our young people, telling them the importance of literacy," she said.

In Turkey, literacy among people aged 15 and over is 95.9% according to 2019 figures. A small fraction of the population, especially those in rural areas, poor neighborhoods or who are advanced in age, lack literacy skills. A literacy campaign backed by first lady Emine Erdoğan seeks to eradicate illiteracy across the country.