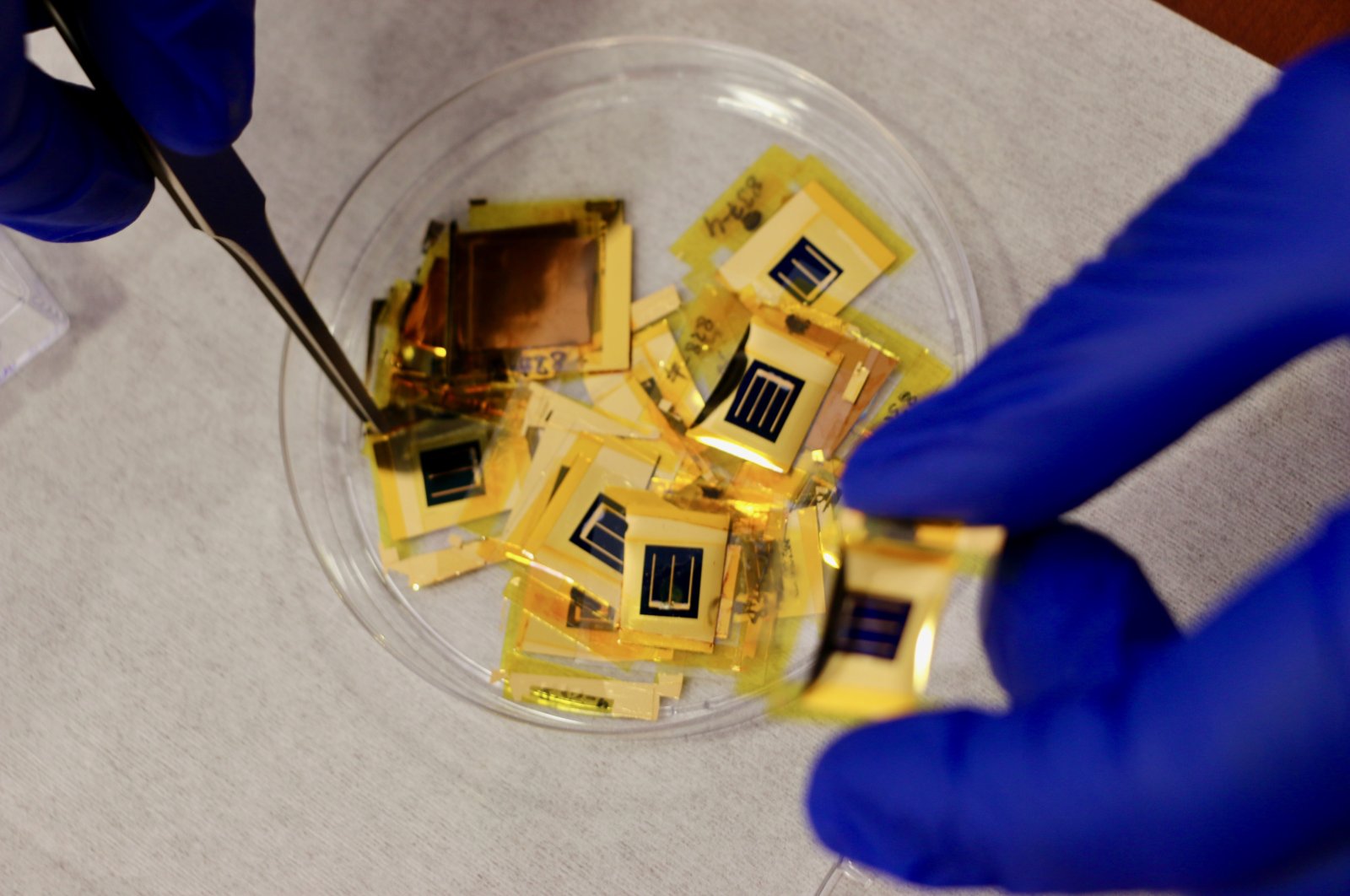 Two Turkish scientists have developed a solar cell using local means that they hope will contribute to the country’s fledgling space program.

The silicon-based flexible solar cell, used in aviation, military and space technologies, is expected to reduce the high cost of cells, which traditionally use gallium arsenide. The cells will be used to power satellites, space and military vehicles.

They are the brainchild of professor Uğur Serincan and associate professor Mustafa Kulakcı from Eskişehir Technical University (ESTÜ).

The duo received a grant from the Scientific and Technological Research Council of Turkey (TÜBITAK) three years ago for their project. Eventually, they managed to come up with silicon-based cells, which they have since patented. The cells have been hailed by the scientific community and the researchers won a top prize at an international invention fair held in Istanbul last month.

“They displayed a performance that can easily compete with gallium arsenide-based cells. We believe we have opened up a new, cost-effective venue in Group III-V photovoltaic technologies, for mass production,” he said.

Kulakcı said almost 90% of costs in solar cell production stemmed from substrates. He highlighted that the Earth had limited gallium resources and multiple sectors, from the photovoltaic sector to optoelectronics and telecommunications, had to share this limited source. “This, in turn, drives up the prices. We wanted to resolve this issue,” he said.

Serincan said their project may be helpful for Turkey’s national space program. “This is a technology of critical importance, as it has both civilian and military use. Reducing the costs can boost their civilian use,” he said.