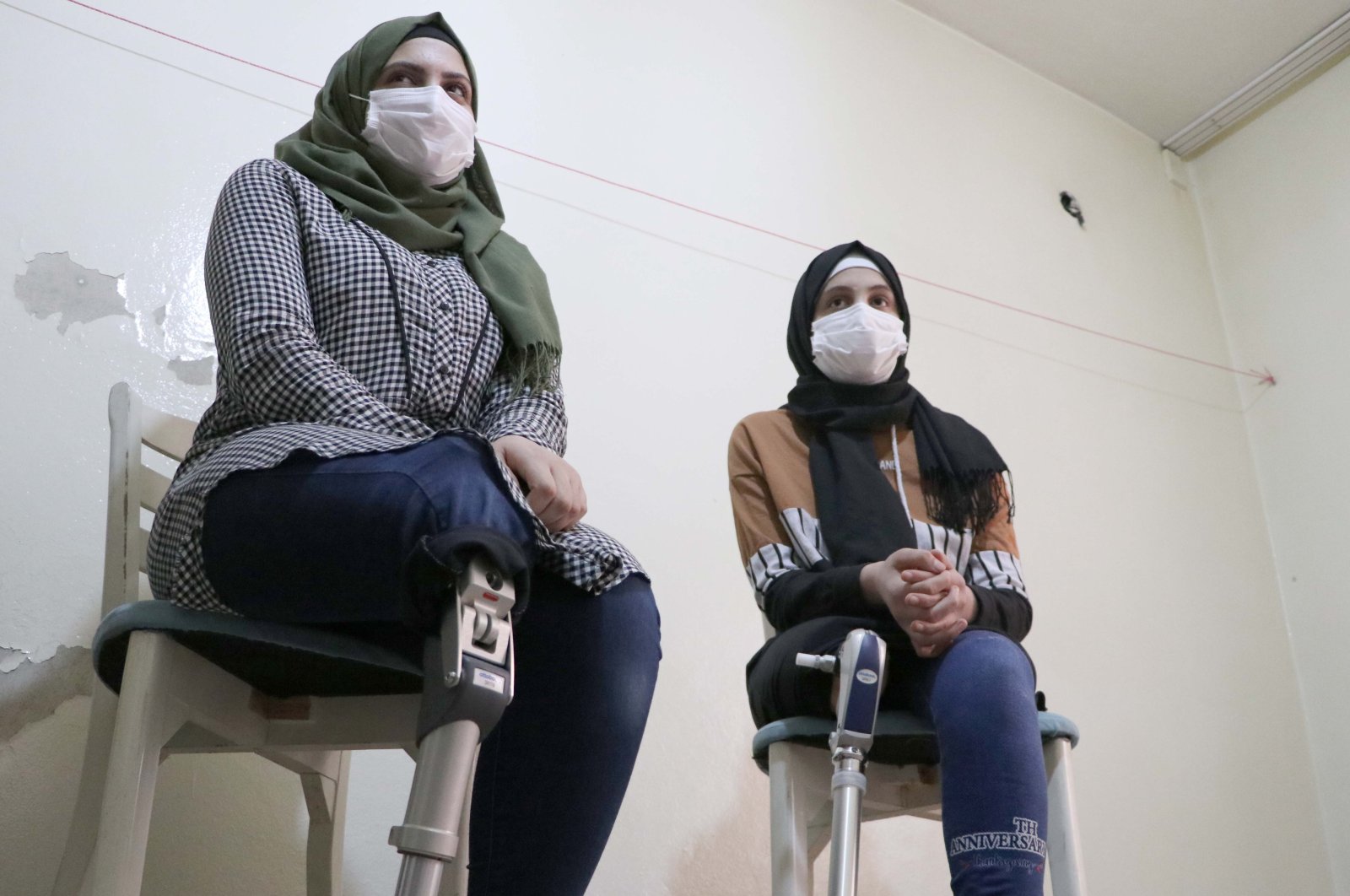 A Turkish charity's assistance helped 20-year-old Mariam Aliomar and her 14-year-old sister Majidah return to their former lives before the brutal conflict in their homeland Syria took away their dreams. Seven years after an attack by regime forces on a bus stop in Aleppo, Syria cost them their right legs, they have now received prosthetic legs in Turkey – the country they took shelter in after the attack.

The two girls had their limbs below the knee amputated after the incident in April 2014. They were relying on crutches to walk after they settled in Gaziantep in southern Turkey with their parents and other siblings. The Humanitarian Relief Foundation (IHH), a prominent Turkish nongovernmental organization known for providing support to displaced Syrians, came to their aid, and they were taken to a medical center in Reyhanlı, a town on the Syrian border, to be fitted with prosthetic legs. One month after receiving the prosthesis, which included a rehabilitation process to learn how to walk on them, they are back home. "The process will continue in the future as per the requirements of their physical growth,” said Yunus Mengilli, IHH's representative in Gaziantep. "They will be able to go to school and do other tasks on their own. They can now enjoy their social lives,” he added.

Mariam said she was happy that the prosthetic leg allows her to do things on her own. "Life without this prosthesis was challenging, and this treatment will help me cater to my own needs,” she said.

For Majidah, the most exciting part is that she can now get back to playing games and having a good time with her friends at school.

Amid mounting atrocities in the civil war raging in Syria since early 2011, Turkey opened its borders to Syrians fleeing from the Assad regime's brutalities. Turkey is hosting some 3.6 million Syrian refugees today, the most of any country in the world.