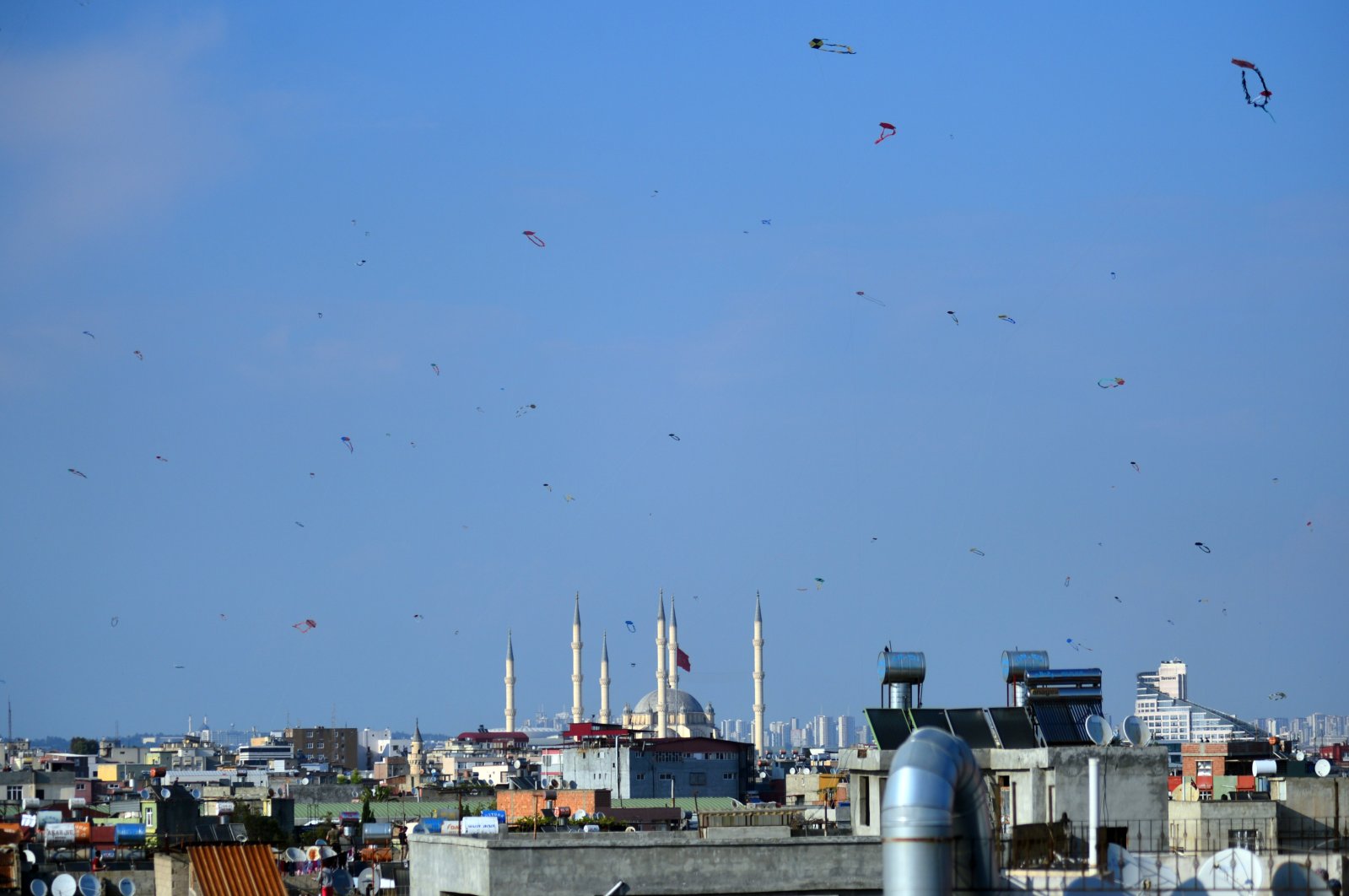 Kite flying, a favorite pastime especially during the COVID-19 pandemic in the southern province of Adana, has been banned by the local governorate. The governorate cited various reasons for the ban, from kites flying too close to the airport to them hitting power lines and causing outages.

The ban was confined to heavily populated residential areas in central parts of the province, while flying kites in rural areas is still allowed.

The governorate said in a statement on Thursday that kites “flown in an uncontrolled manner and all the time” in some neighborhoods strike utility poles and cables, causing outages. “This situation endangers public safety and poses a risk for patients with respiratory problems who depend on electrical devices for their health. It also causes harm to electric appliances at homes due to the change in electrical currents and aggravates the risk of fire,” the governorate said, justifying the ban. The governorate also said kites flown in neighborhoods near the province’s airport posed a danger to flight safety.

The governorate banned the sale and flying of kites in April 2020 as well, though for a brief time, when people who were confined at home due to the outbreak-related restrictions took to the roofs to fly kites out of boredom, causing power outages.