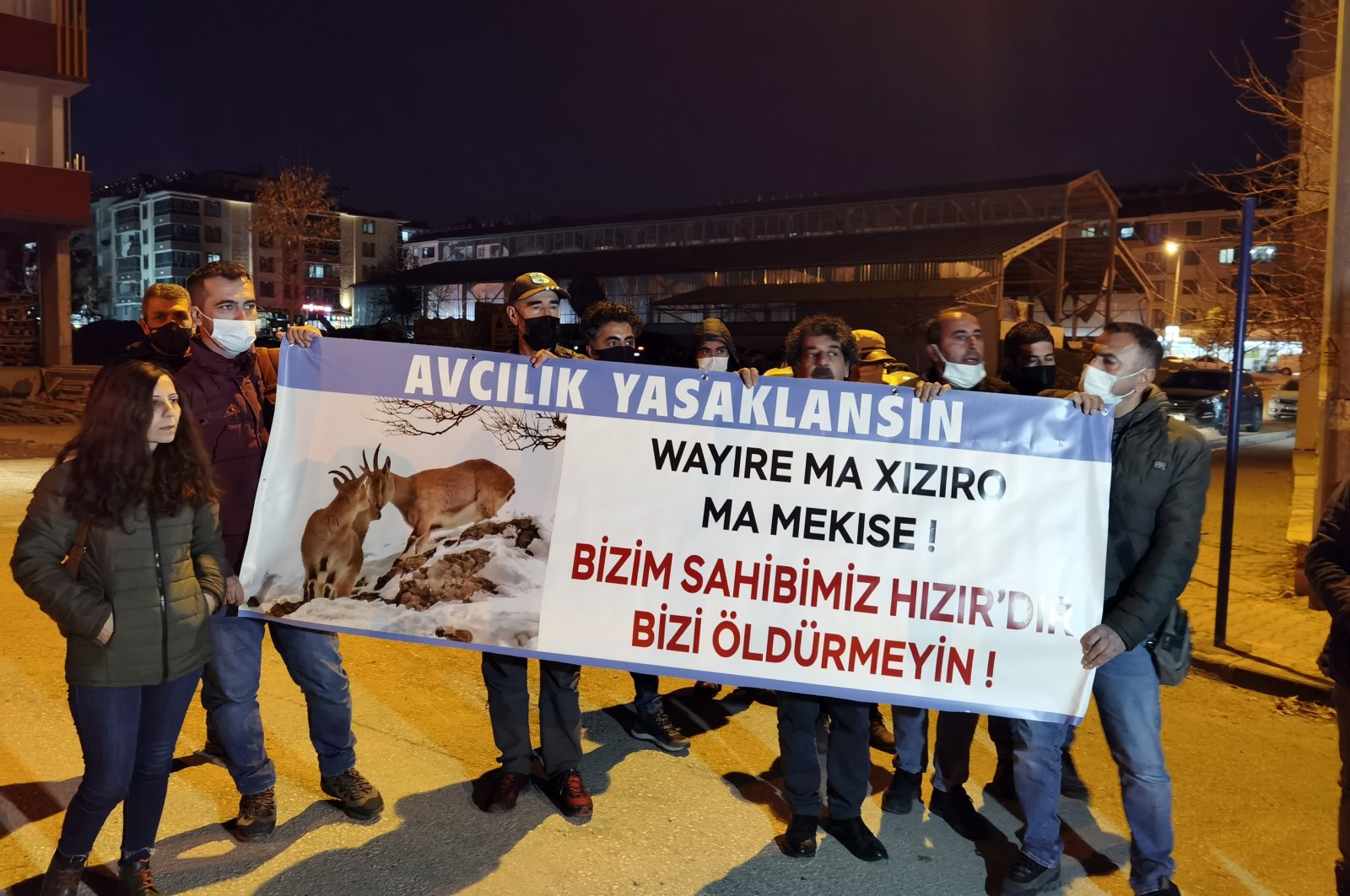 A group of hunters who arrived from Spain in the eastern Turkish province of Tunceli incurred the wrath of locals, protesting what they called an attempt “to massacre wildlife.”

Animal lovers and representatives of nonprofit groups staged a protest outside the guest house where 12 hunters stayed on Wednesday.

“The life of every creature is sacred, be it boars or other animals. This is a massacre, not a sport,” Haydar Çetinkaya, an activist who protested the hunters, told Demirören News Agency (DHA). DHA reported that the local branch of the Directorate of Nature Protection and National Parks gave a four-day permit for hunters for 80 boars, as part of efforts to curb the animals' uncontrolled population growth. “A massacre began both by legal and illegal hunters, unfortunately. We have both hunters from other provinces and people who come here for hunting tourism. We found out that these 12 hunters will stay here for a week and will kill dozens of boars,” Çetinkaya said. He claimed that hunters stayed in a guest house for teachers as hotels and other private establishments did not admit them as a reaction to hunting.

Tunceli Mayor Fatih Mehmet Maçoğlu is among the opponents of the hunting. Maçoğlu had called on the hunters to “leave Tunceli as soon as possible” in a tweet earlier this week. “Killing an innocent living being is the biggest act of savagery,” he tweeted. “Enough with killing living beings under the pretext of sports activity! When will you admit that this is murder?” Maçoğlu has also said. In related news, local authorities issued a total fine of $9,100 (TL 126,000) to two people who hunted two wild goats in the province’s Çemişgezek district on Thursday when they were caught with carcasses of animals in their vehicle.

The government occasionally sells licenses to hunt specific animals, to the chagrin of activists, claiming the hunting bids prevent wildlife preservation. Authorities argue that hunting does not endanger the species in question, and on the contrary, helps cull overpopulated species thus preserving wildlife sustainability.