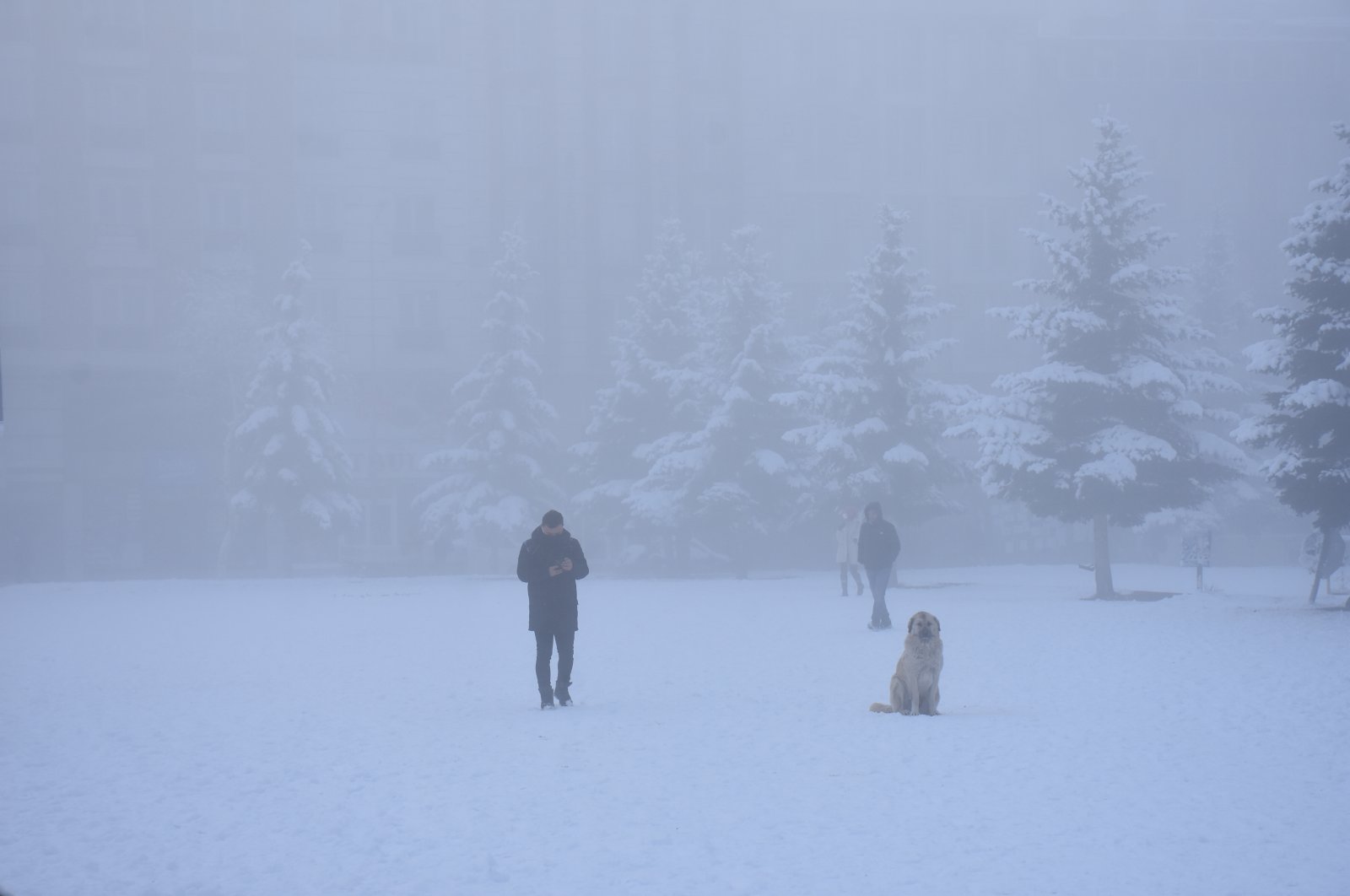 Heavy snowfall in eastern and western provinces of Turkey on Wednesday blocked village and neighborhood roads to transportation, while some ferry services planned for tomorrow to the Aegean Turkish islands Bozcaada and Gökçeada were canceled because a storm was expected.

Snowstorms have taken hold in Turkey’s eastern regions, where the winter is particularly harsh compared to other regions due to its climate. Snow continued to affect the region at intervals, especially in the higher altitude areas, and blocked roads in and around city centers. Due to the snowstorm, 11 roads in Digor, eight in Arpaçay and three village roads in Akyaka, Sarıkamış, Selim and Susuz were closed, and transportation was suspended on 31 village roads in Erzincan.

In eastern Turkey's province of Kars, a group of young people enjoyed the snow despite the freezing cold.

As the young people relished taking part in a local Caucasian dance, their antics in the flaky snow revealed interesting images.

Snow depth reached 30 centimeters (almost 12 inches) in the center of the Başkale district of Van and up to 80 centimeters in higher elevations after snowfall started last night. Snowfall disrupted daily life in Başkale as 43 roads were closed to traffic. Municipality teams continue to work on reopening the roads that have been closed since the first hours of the morning. It was seen that some parked vehicles were completely covered with snow. Those who went to work tried to clean their vehicles and hit the road.

Streets and avenues were covered with snow in Ağrı after the snowfall started at night and slowed down toward the morning.

According to the 12th Regional Directorate of Meteorology, in the region where the weather will be very cloudy, precipitation will fall in the form of rain around Iğdır, sleet and snow in places in Erzurum, Erzincan, Ağrı, Kars, Ardahan and Tunceli.

In the region where the temperature will be above the seasonal average, the wind will blow from the south lightly and infrequently at medium strength.

The storm also affected ferry services in the Dardanelles, with local operator GESTAŞ scrapping several trips across the strait as well as services to the Turkish islands of Gökçeada and Bozcaada in the Aegean due to the expected storm in the region.

Buses from Bozcaada to Geyikli at 2 p.m. and 6 p.m. local time are also cancelled.

On other routes, transportation will continue as normal.