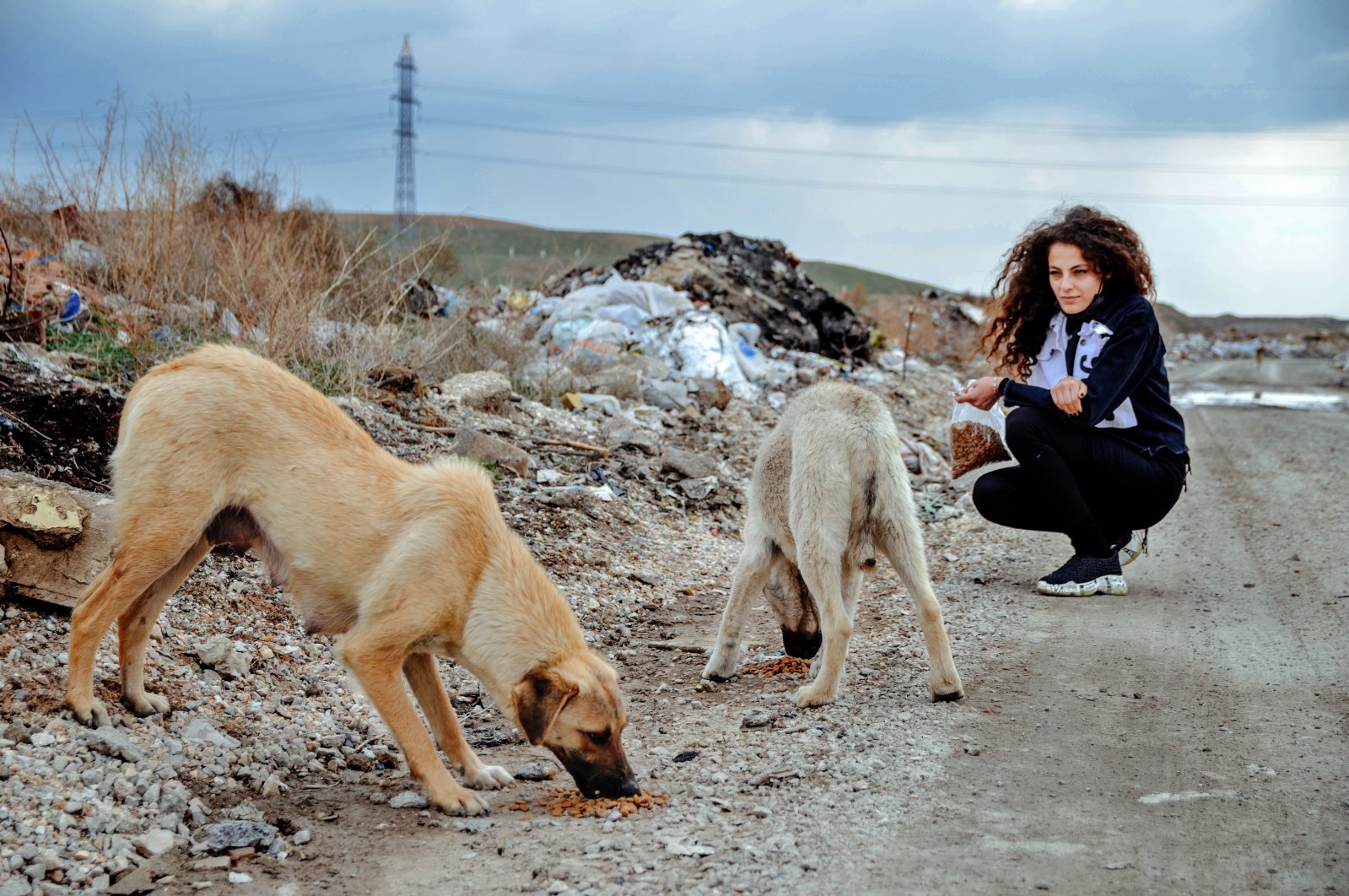 Perhaps nothing defines Turkey more than its stray animals, which show up in every corner across the country. Whether its the world’s neediest cats aggressively rubbing against your leg or the dogs that like to act like they own the place, they are everywhere.

For foreigners, the strays are a romantic symbol that beckons them to visit Turkey, to witness firsthand the symbiotic relationship between the locals and the street animals. But for those who were born in the country, strays are an indispensable part of their daily life. And you know animals know it too when cats start bringing their kittens to clinics to seek medical attention.

The intertwined relationship between people and animals in Turkey is at such a point that many go out of their way to make the life of stray animals better.

And painter Şeyma Kayan is one of them.

Living in the central province of Konya, Kayan was born with a natural talent for painting, and she has been honing her skills as an artist since her childhood. But what separates her from other painters looking to make a name for themselves, and a small fortune, is her dedication to taking care of her city’s stray population.

For several years now, Kayan has been selling every single piece of art she has painted on social media to buy food for the street dogs living in Konya. After setting aside a small sum to replenish her art supplies, she spends every dime she earns for their care.

“I used to take home all sorts of animals I had come across, whether it was a turtle, a worm or an injured bird. It is an entirely different world for me. They eat if you give them food, and they drink if you offer water. They mean no harm to you,” Kayan tells Anadolu Agency (AA).

The 24-year-old painter says she is able to buy around 40 to 50 kilograms (88 to 110 pounds) of kibble per month, which she mixes with a little bit of stale bread to make sure there is enough for all the dogs.

She hopes as word of her actions spreads, more people will be aware of the difficulties stray animals face, especially those living in the outskirts, such as the ones hanging around in the city’s landfill area. Word of mouth could also mean increased sales for her, which she could use to offer better help to the animals.

But not everyone is as sensitive to the cause as her, according to Kayan.

“I had people who ordered a painting and then blocked me on social media after receiving it, without paying of course. Or people who had commissioned a painting and said they changed their mind after I was done. They cheated me despite knowing why I do what I do. So, I started charging a down payment. Otherwise, the animals suffer the consequences,” she said.

Not content with just feeding the stray dogs, she says she studied laboratory and veterinary assistance services in college to “better understand” them and to be able to nurse any injured animal back to health.

Explaining what drove her to start selling her art to help animals, Kayan says she feels a deep love for all animals, something that even affects her decision on who to be friends with.

“I can’t converse too much with people who don’t like animals because I think they have some sort of psychological problems. I can’t be friends with them,” she says, adding that there is a clear difference between being afraid of animals and simply not liking them.

“It starts with respecting all living things.”