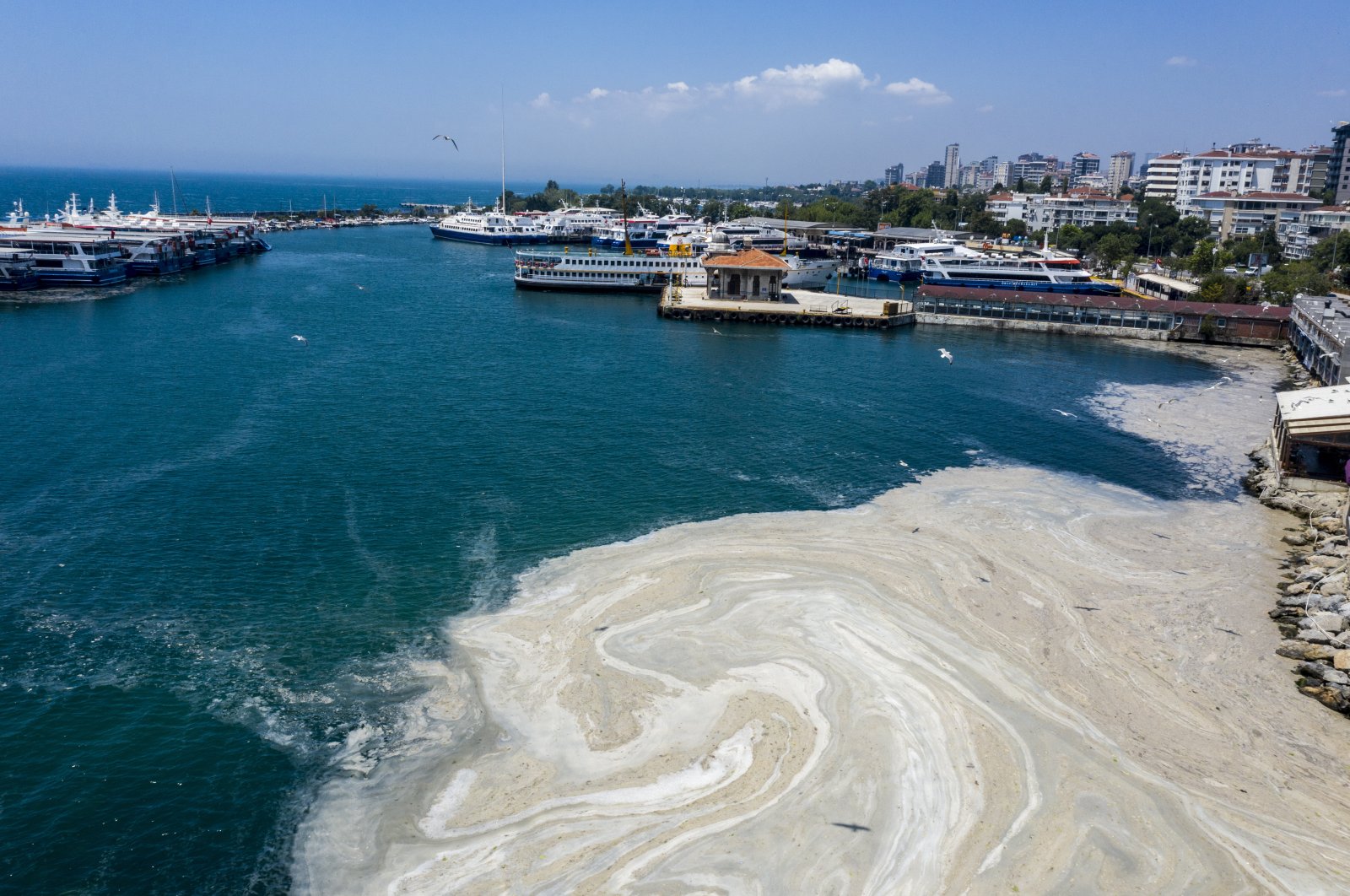 The surface of the Marmara Sea has been cleared of sea snot, but the mucilage remains at 20-30 meters (65-80 feet) below the surface, killing seagrass in the Aegean Sea. Now experts warn that the sea snot could spread due to the burst of plankton in the Marmara Sea in the fall. Seagrass is one of the most important organisms in the Mediterranean Sea; it creates oxygen, clarifies the water by pulling solid material to itself, hinders coastal erosion and provides shelter to microorganisms and macroorganisms.

Sea snot covers the seagrass, preventing it from carrying out photosynthesis, and thus killing it. “What we call ‘snot’ is no longer on the surface, and we see that mucilage decreases as we go deeper in the sea. But according to our final consultation, snot is still present at 20-30 meters below the surface. Our aim is not to clean such depths but to protect the sea from further pollution by successfully managing waste disposal.

As human actions caused the sea snot, further actions, even if it is to recover the sea from mucilage, disturb the habitat's balance. The best we can do is to relieve the sea and nature from human impact. We have to manage waste disposal effectively and wait for the mucilage to disappear on its own. Sea snot getting stuck within a particular depth might be signaling the end of mucilage, but the multiplication of planktons in fall can alter things. We can’t foresee with certainty,” Cem Dalyan, marine biologist and academic at Istanbul University’s department of hydrobiology, said.

The Ministry of Environment and Urbanization launched a study looking into how to decrease the impact of phosphates on the Marmara Sea. “The use of cleaning products that contain phosphates and the active matter will be decreased. We will mandate the use of non-phosphate cleaning products at state institutions and organizations,” said Eyüp Karahan, general manager of environmental management of the Ministry of Environment and Urbanization.

“There are three main reasons for mucilage in the Marmara Sea; stagnation of the sea, increasing temperature due to the climate change and phosphor and nitrogen waste flowing to the Marmara Sea. The only thing we can work on within those three is the waste management of phosphates and nitrogen. What we aim in the light of the Marmara Sea Action Plan is to monitor the detergent market, increase inspections and tighter regulations,” Karahan added.