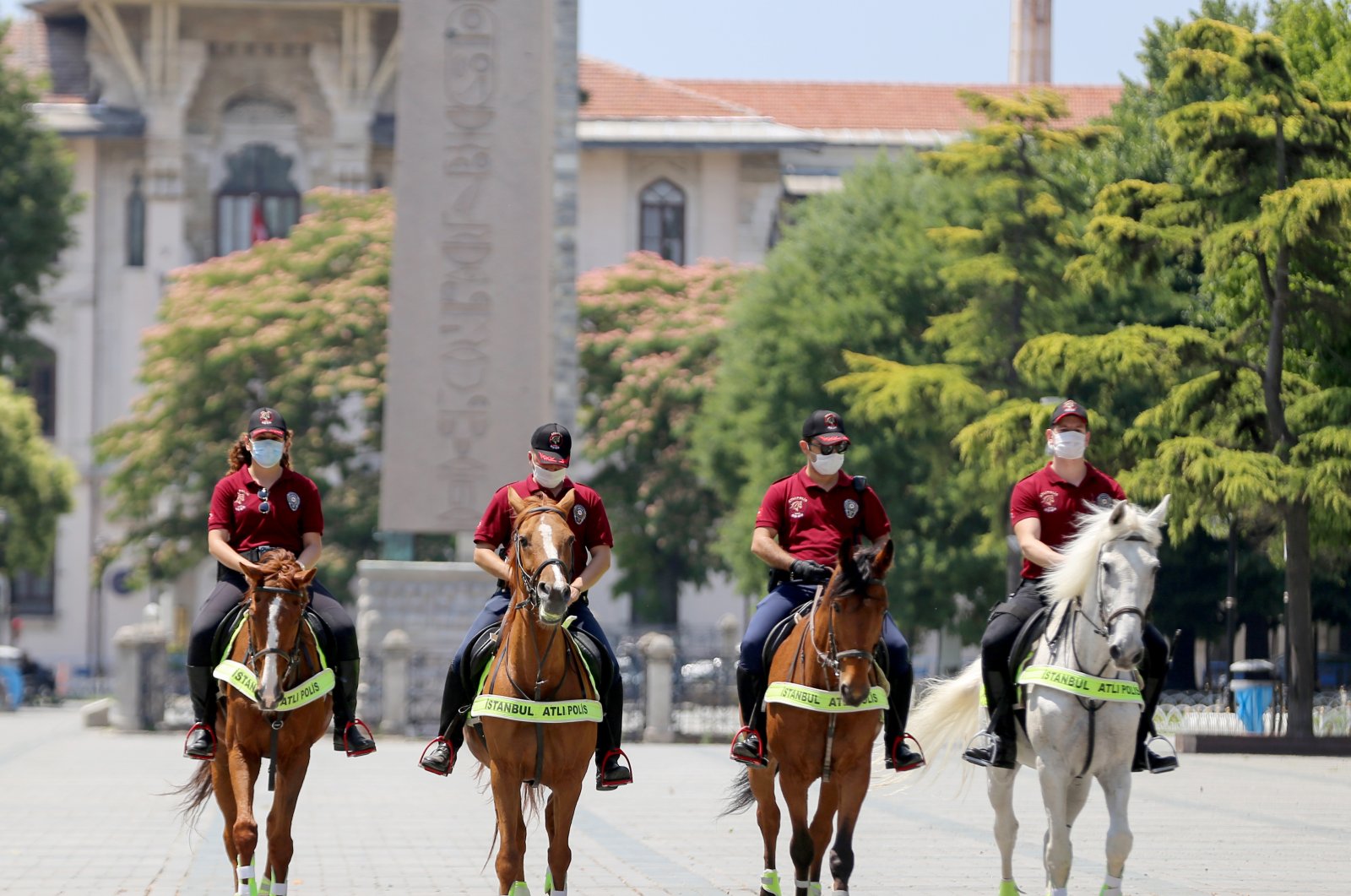 Superspreaders or COVID-19 patients at a higher risk of infecting more people, play a role in preventing a further reduction of cases in Turkey, an expert warns, calling for more measures to track these people down

The coronavirus pandemic lingers in Turkey despite a success in decreasing cases. Professor Mehmet Ceyhan, an infectious disease expert from the country’s Hacettepe University, says Turkey needs to be cautious against “superspreaders” or patients with the risk of infecting more people than other patients.

Ceyhan says these people played a major role in stopping the reduction of new cases and warns against such possible patients working in crowded workplaces and places with many customers.

“We need to scan these people though a lower rate of them are superspreaders,” Ceyhan says. He counts health care personnel, ticket office workers, supermarket cashiers, hairdressers, flight attendants and drivers among those with the risk of being superspreaders.

He underlines another misconception that the virus would end infection and notes that “pandemic has no season.” “We are talking about a virus that can infect someone in seconds. This misconception reflected itself in the normalization process in the world. Today, some countries are stuck in a threshold of 300-400 cases daily while we are still unable to decrease daily cases from around the thousands. If we can find at least 50% of asymptomatic cases, the impact will be huge."

According to Ceyhan, superspreaders can emit more virus germs when they cough or emanate other fluids. “Droplets emitted when they coughed or sneezed can reach a farther distance than others. An ordinary patient can spread the virus for two weeks, but these people can infect others over a longer period,” he warns.

Saturday marked the fifth day in a row the country has reported a decrease in daily new cases; however, the daily infection rate has maintained a pace above 1,000 since June 12.

With the latest figures, Turkey has had 204,610 cases, while the nationwide death toll reached 5,206. The number of recovered patients went up by 1,214 to 179,492. "The total number of recovered patients approached 180,000. The number of patients in the process of recovery is around 20,000. There is an ongoing increase in the number of intensive care patients from the previous days. The course of decreasing cases is slow," Koca tweeted. Daily COVID-19 infections dipped below 1,000 in early June but have picked up the pace again as Turkey launched its normalization process that has seen most social restrictions lifted starting June 1.

Koca has repeatedly warned that the normalization process would not mean citizens could go back to living as they did before the outbreak, not unless a vaccine or a drug for the virus was developed. The minister has been issuing repeated warnings to citizens to wear a mask and practice social distancing in what he called the "controlled social life" period.

“You cannot stop new cases to emerge by lockdowns. You cannot stop economy or social life, but you can take measures, like limiting the number of people gathered in a place,” Ceyhan says. He ties an increase in cases in cities outside western regions to an exodus of people from western cities to Anatolia. “We may need to test people leaving for those cities one week before their departure, so they can be allowed only if they test negative,” he added.

In line with the normalization process, Turkey is reopening more businesses the Interior Ministry said as they announced that fairgrounds and theme parks across Turkey will be able to relaunch activities on Monday.

The Interior Ministry ordered provincial governorships that in order to prevent the spread of the coronavirus at such leisure sites, which were temporarily closed in light of the pandemic, “new normal” rules ought to be put in place. All visitors will be obligated to wear masks, while parks will be disinfected throughout the day. Entrances and exits will be arranged in a way that prevents people from flouting social distancing rules. Lines will be also organized accordingly.

Meanwhile, schools across Turkey are set to reopen on Aug. 31, the National Education Ministry announced Friday. An orientation week will be held for students beginning at primary school, which will run from Aug. 31 to Sept. 4.

The Health Ministry on Sunday published a list of new measures for schools. Under the new rules, schools will be thoroughly disinfected before the start of the school year and will be obliged to possess contactless devices to measure body temperatures and sanitizers. Classrooms and other areas will be rearranged so that there would be one student, teacher or other staff in every 4 square meters (10.7 square feet). At least 1 meter (3.3 feet) of social distance will be observed between each person at a school. Students will be sent for testing and medical examination if they exhibit COVID-19 symptoms. Parents will be obliged to inform the school if anyone in the family has symptoms, and students from such families will be barred from attending school. Only one parent will be allowed inside the school and will be obliged to wear a mask. Wearing masks will also be obligatory for teachers, students and other staff, and those arriving without masks will be handed masks before entering the school premises. Schools will ensure proper circulation of air in classrooms, and no visitors will be allowed inside. Parent-teacher meetings and other meetings will be required to be made via video call if possible.