TİKA continues to rush virus aid across the globe 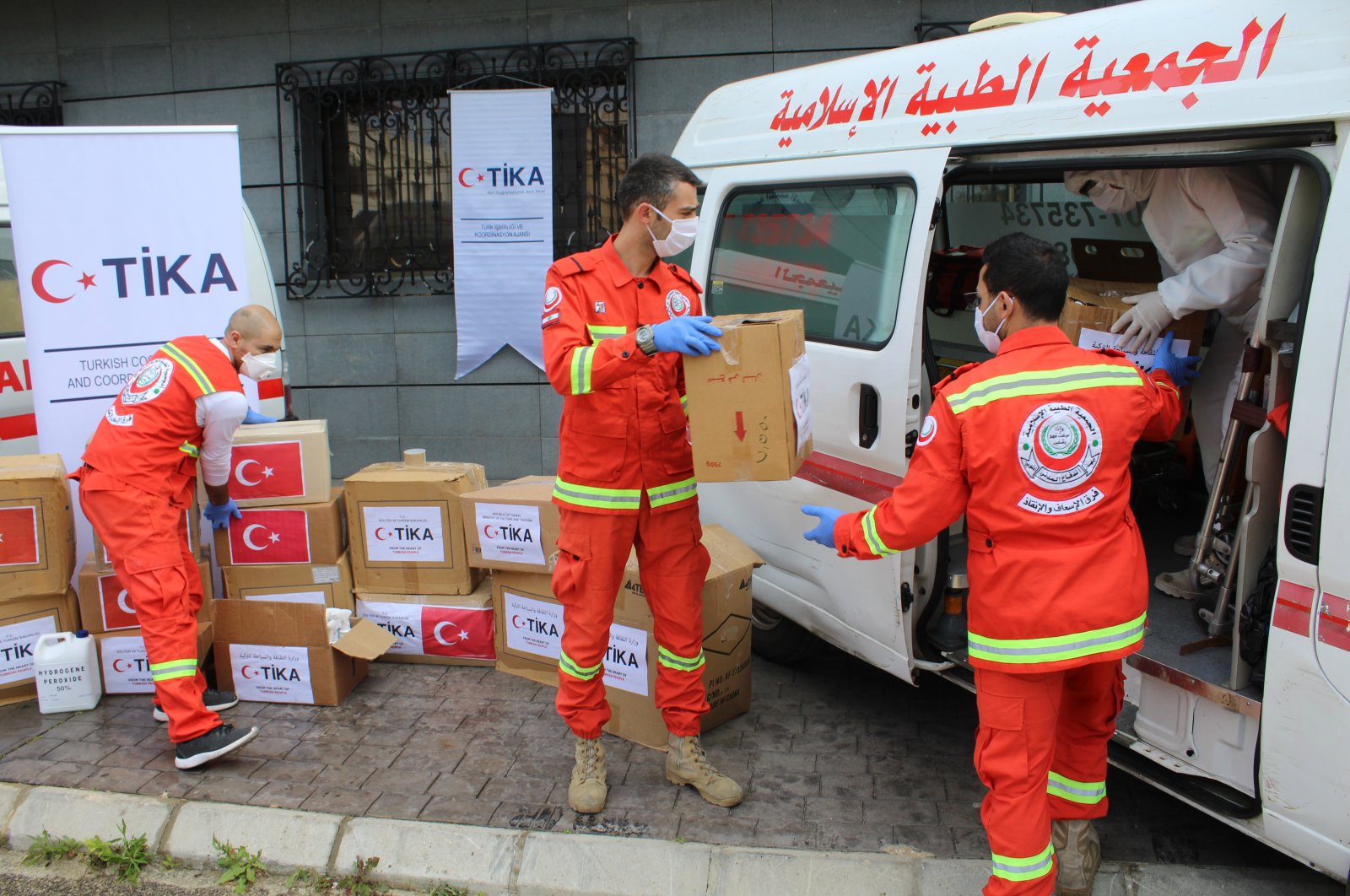 While Turkey continues fighting to contain the coronavirus outbreak within its borders, the state-run Turkish Cooperation and Coordination Agency (TİKA) takes on Ankara’s mission to assist in the international effort to stem the pandemic.

Distributing medical supplies and humanitarian aid to dozens of countries, the agency has helped around 370,000 people during the coronavirus pandemic.

The plane sent to bring back the citizens was not dispatched empty, however, as the agency stuffed the aircraft with nearly 100,000 respirators along with surgical gowns and gloves to help Beijing during the peak of the outbreak.

Since then, the agency has sent millions of masks to dozens of countries, as well as delivering humanitarian aid to regions suffering the economic consequences of the outbreak.

A hospital built by the agency in Palestine was opened on March 26 to help the country’s COVID-19 patients. The 33,400-square-meter hospital with its 180 rooms became the largest hospital in the country after it was put into service.

A similar hospital constructed by the TİKA in Kyrgyzstan in 2014 was also converted into a coronavirus center. According to the agency, a second hospital that was under construction will also be partially opened to help Bishkek in its fight against the virus.

Not only building hospitals, the agency also provided existing ones with the necessary medical equipment to better fight the virus outbreak.

The TİKA supplied Colombian hospitals with face shields produced by 3D printers, which were also brought in by the agency.

If the agency fails to bring in the equipment to a country by itself, it instead helps local producers to boost their production rates. The agency helped several countries including Algiers, Bulgaria, Bosnia Herzegovina, Mongolia, Sri Lanka, Sudan, Uganda and Uzbekistan to help boost their mask and face shield production.

The help provided by the agency is not limited to medical equipment, as the TİKA also continues to distribute humanitarian aid to countries stricken by the economic fallout of the pandemic.

The agency has so far distributed cash, food and hygiene products to Azerbaijan, Afghanistan, Guinea, Somaliland and several Balkan nations.

Since its founding in 1992, the TİKA has been responsible for facilitating Turkey's official development assistance by providing aid to developing countries. Operating in 50 countries, the agency has helped as many as 140 countries worldwide.