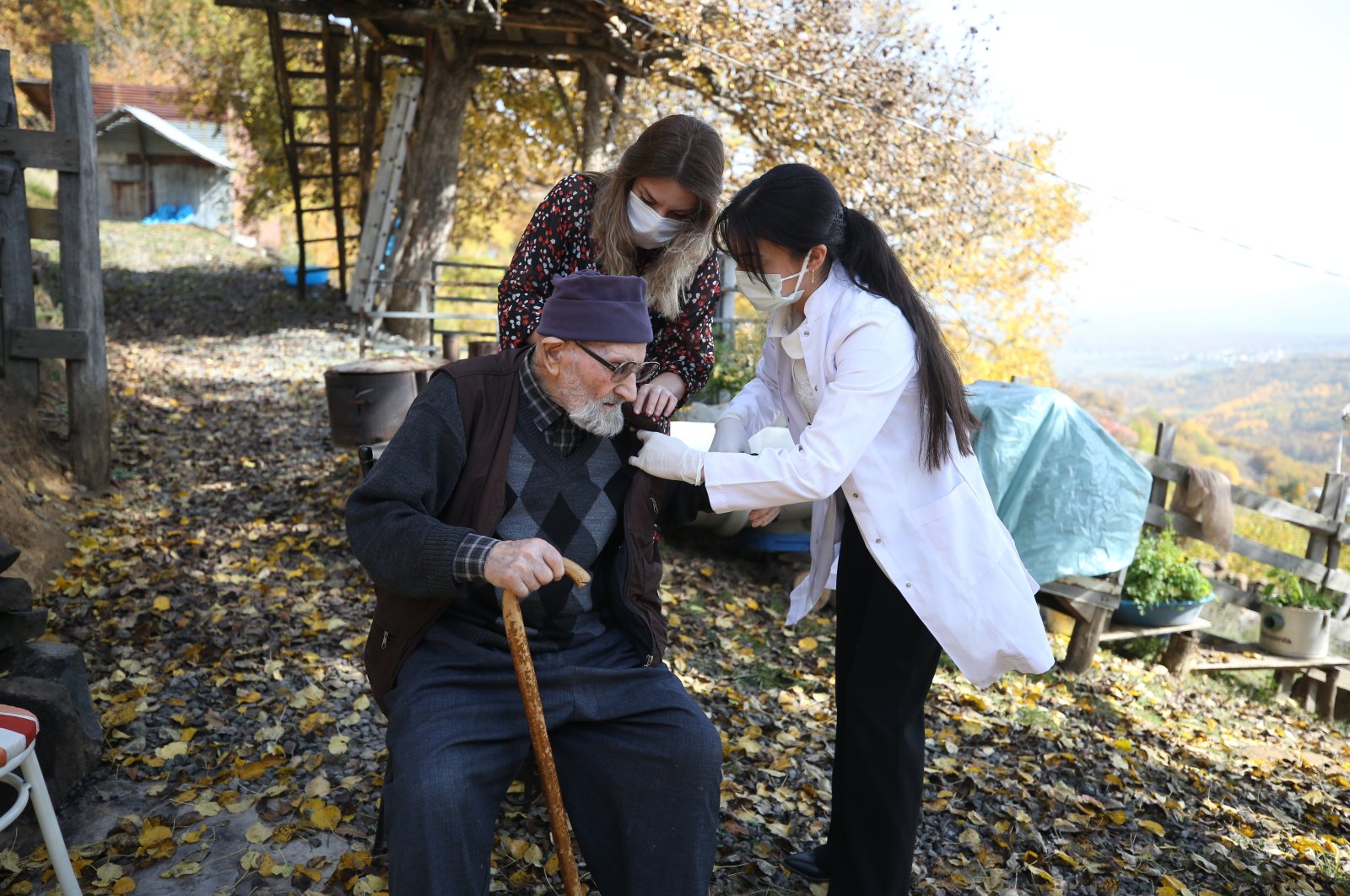 As experts warn about a tough winter for the coronavirus pandemic, a member of the country’s main board in the fight against the disease urged mandatory jabs amid a 'serious lack of vaccination'

Turkey has been embattled with a substantial rise in the number of coronavirus cases in the past two months. Although it managed to bring down the number of fatalities to below 200 for a while, the pandemic remains the worst threat to public health in the country. People avoiding vaccination are among the factors blamed for the surge. In light of this, professor Alper Şener, a member of the Health Ministry’s Coronavirus Scientific Advisory Board, suggests making vaccines mandatory for the general public.

The country embarked on an ambitious vaccination program in January with the goal of vaccinating at least 75% of the population eligible for jabs. Though the vaccines are not mandatory, more than 47.8 million people have so far received their two doses of vaccines, a temporary but effective protection as the necessity of a third dose continues to be debated. Overall, the country administered nearly 115 million doses. Since this summer, vaccines are available for anyone above the age of 15, while those between the ages of 12 and 15 are eligible for vaccines if they have a chronic disease.

Şener, who also works at a hospital in the western province of Izmir, said they have been seeing an influx of unvaccinated people admitted to the hospitals, though people have been aware of what the country went through without vaccines in the second year of the pandemic. “Some patients are well into their 80s and eligible for third doses. Yet, none have even had their first dose,” he told Anadolu Agency (AA) on Friday. Senior citizens, after health care workers, were the first group of people eligible for jabs in the vaccination program. The program was gradually expanded to other age groups and sped up with the arrival of new shipments. Currently, the country offers the inactive CoronaVac vaccine and the messenger RNA (mRNA) vaccine of Pfizer-BioNTech. A locally made vaccine is also in the works. Nevertheless, vaccine hesitancy among the population still lingers despite awareness campaigns. “When we ask those people why they did not receive their jabs, most say they thought the vaccines were not safe after what they heard from others,” Şener said. Anti-vaxxers, proliferating on the social media, feed the conspiracy theories making rounds among the public since the arrival of the first shipment of vaccines to the country.

Şener added that the number of unvaccinated young COVID-19 patients has been on the rise and that those people were at risk of permanent damage to their lungs even if they can recover from the disease.

Experts have previously warned about a new wave of infections during the autumn and Şener says this may be prolonged into the winter. “People will spend more time indoors when the weather gets cold. Without proper personal measures like masks, social distancing and hygiene, we may see a rise in the number of cases and fatalities. People should receive their two doses of vaccine before winter,” he said. Şener says mandatory vaccinations are the only way to control the pandemic and boost mass immunity during the winter. “Otherwise, it is going to be a harsh winter,” he warned.

Vaccine hesitancy is also fed by misinformation about the pandemic that says vaccines are useless based on the continuing surge in the number of cases. Health Minister Fahrettin Koca acknowledged in a tweet on Friday that vaccinated people were also among those infected with the coronavirus. “But none wish they had not had their two doses. They recovered from the virus with the help of vaccines,” he tweeted.

Benni Biliz and Rahim Biter are among those who wish they had both doses. Biliz, 109, and Biter, 105, resorted to vaccinations only after they recovered from the deadly virus. “I went through a lot and if you don’t want to go through that too, get your jabs,” Biliz, a mother of 10, said.

Both women live in the southeastern province of Şırnak, which was once among the places with the highest number of cases and nowadays lags behind other places in vaccination rates. They are among the lucky few, who, despite their advanced age, managed to recover. Biliz says she decided to have her first shot, fearing she might be infected again. A health care crew recently visited the elderly woman at home to administer her first jab. “It was like pieces of my body were falling off my chest. I can’t describe the pain I suffered. My children and grandchildren cared for me at home and finally, I recovered,” she said, recounting her plight.

Mehmet Biter, the grandson of Rahim Biter, said his grandmother suffered for 20 days in the grip of the coronavirus. “She was a frail woman and after the infection, her hearing problems and forgetfulness worsened. She had her two shots after recovery and now she feels much better. We now believe the vaccines indeed protect us. You can see that they work even for a 105-year-old woman,” he told AA.