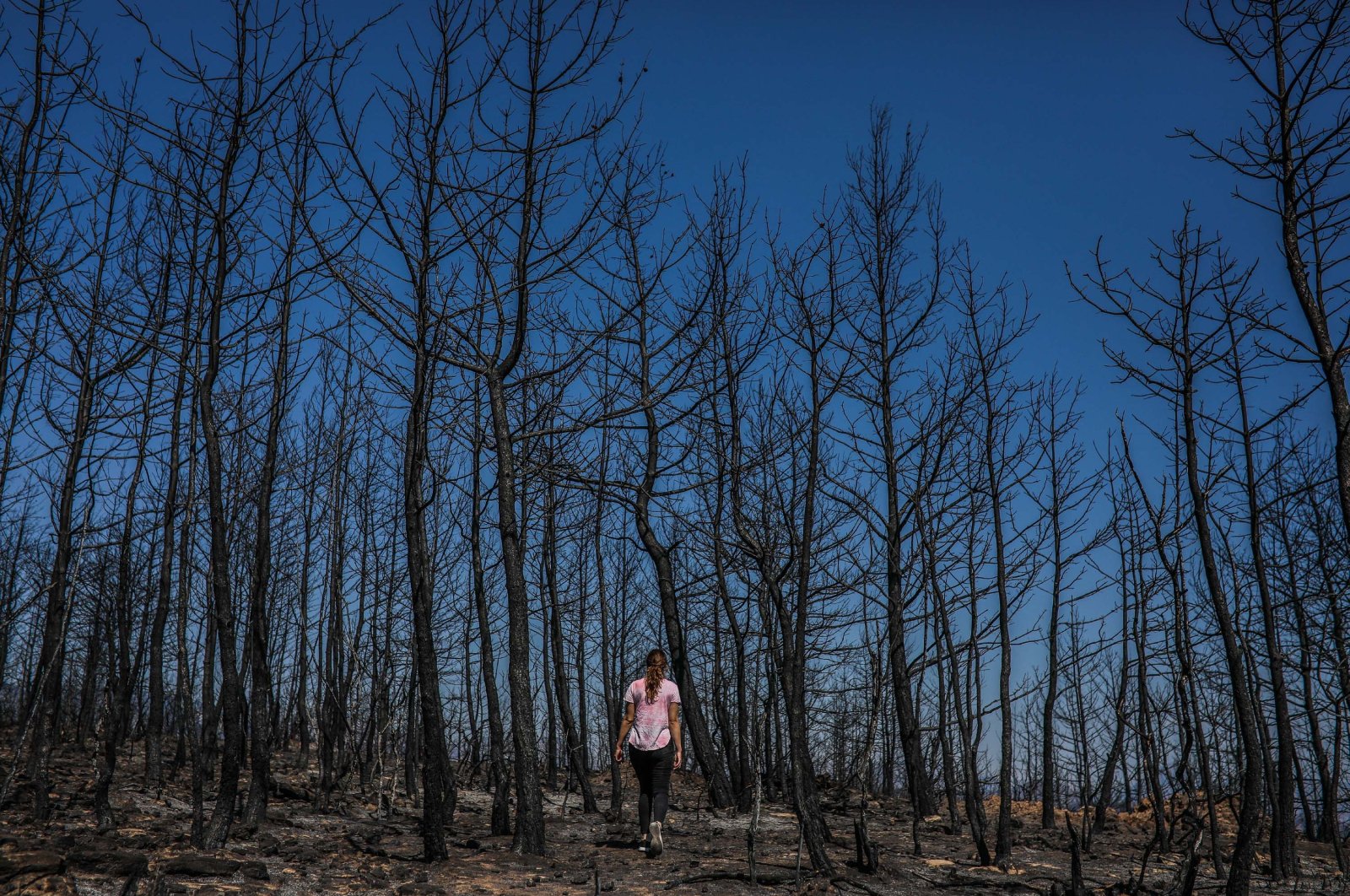 This was not a fire, this was a disaster, the head of the Directorate of Forestry in Turkey's southern province of Antalya said, recalling the days firefighters battled the blaze that gutted vast swathes of forests.

Vedat Dikici, a veteran of forestry services for more than three decades, explained how the wildfires spread in Antalya where they caused destruction for 10 days.

Antalya’s Manavgat district faced the biggest of dozens of forest fires across Turkey that started in the last week of July. It took thousands of firefighters, dozens of water bomber planes and helicopters and round-the-clock efforts to put out the fires. Last week, the last of the big forest fires in Muğla, which neighbors Antalya, was extinguished.

Dikici told Demirören News Agency (DHA) Friday that 75,000 hectares of land were damaged in the fires, out of which 50,000 hectares were covered in forests. He said firefighters battled fires amid extremely hot weather with nearly zero humidity and winds reaching about 84 kilometers per hour (52 miles per hour). “The ground was heated due to the smoke from other fires and soon, there was fire everywhere,” he said.

The massive fire began in four different spots in Manavgat on July 28. It grew and was accompanied by new fires that broke out in Gündoğmuş, Alanya, Akseki and Ibradı districts. Overall, 59 neighborhoods, mostly in rural parts of Antalya, were affected by the fires which prompted evacuations and completely destroyed some villages. Seven people were killed in Antalya, including two firefighters and people trapped in their homes during the blazes.

The blaze was nothing unusual in the fire season where high temperatures boost wildfire potential in the region which has a Mediterranean climate. Antalya has seen more than 180 forest fires this year. However, Dikici said the fires that broke out on July 28 were “a great disaster.”

“We had 160 forest fires up until the Manavgat fire and we are always on alert. Antalya has around up to 300 forest fires every year,” Dikici said. Experts say climate change that has worsened the effect of seasonal temperatures is among the main culprits of the prolonged wildfires.

Intense heat and wildfires have also struck other Mediterranean countries. Firefighters in France worked to contain a forest fire along the French Riviera this week and recent wildfires have killed at least 75 people in Algeria. Worsening drought and heat have also fueled wildfires in Western United States and in Russia’s northern Siberia region. Scientists say there is little doubt that climate change from the burning of coal, oil and natural gas is driving more extreme events.

Dikici said temperatures were above 40 degrees Celsius (104 degrees Fahrenheit) at the time of the fire and the weather was dry without any humidity one day before the Manavgat blaze started. In the second fire, which broke out in the Kepezbeleni district, Dikici said strong winds thwarted their work.

“We dispatched a helicopter but it could not approach because of severe turbulence,” he said. “In past fires, flames would feed other flames. But in Manavgat, the smoke was also feeding the flames. This is what made the fires bigger,” he said. He said the fire would have been more devastating if they had not stopped it before it reached Kapan Valley, home to 20,000 hectares of forest, which is “one of the most beautiful forests in Antalya.”

Turkey now plans to replenish the burned areas with new forests. Minister of Agriculture and Forestry Bekir Pakdemirli said field studies will be conducted in burned areas before preparing the ground for planting scheduled after the first precipitation, “likely in November.”

“Those places will be evergreen again within five years,” Pakdemirli told Anadolu Agency (AA) Friday. “We will plant around 252 million saplings,” he said.

Dikici said they have prepared a road map for the new forests. “Remote areas without access will not receive new saplings. These places are covered with bushes and are able to reforest themselves," he outlined.