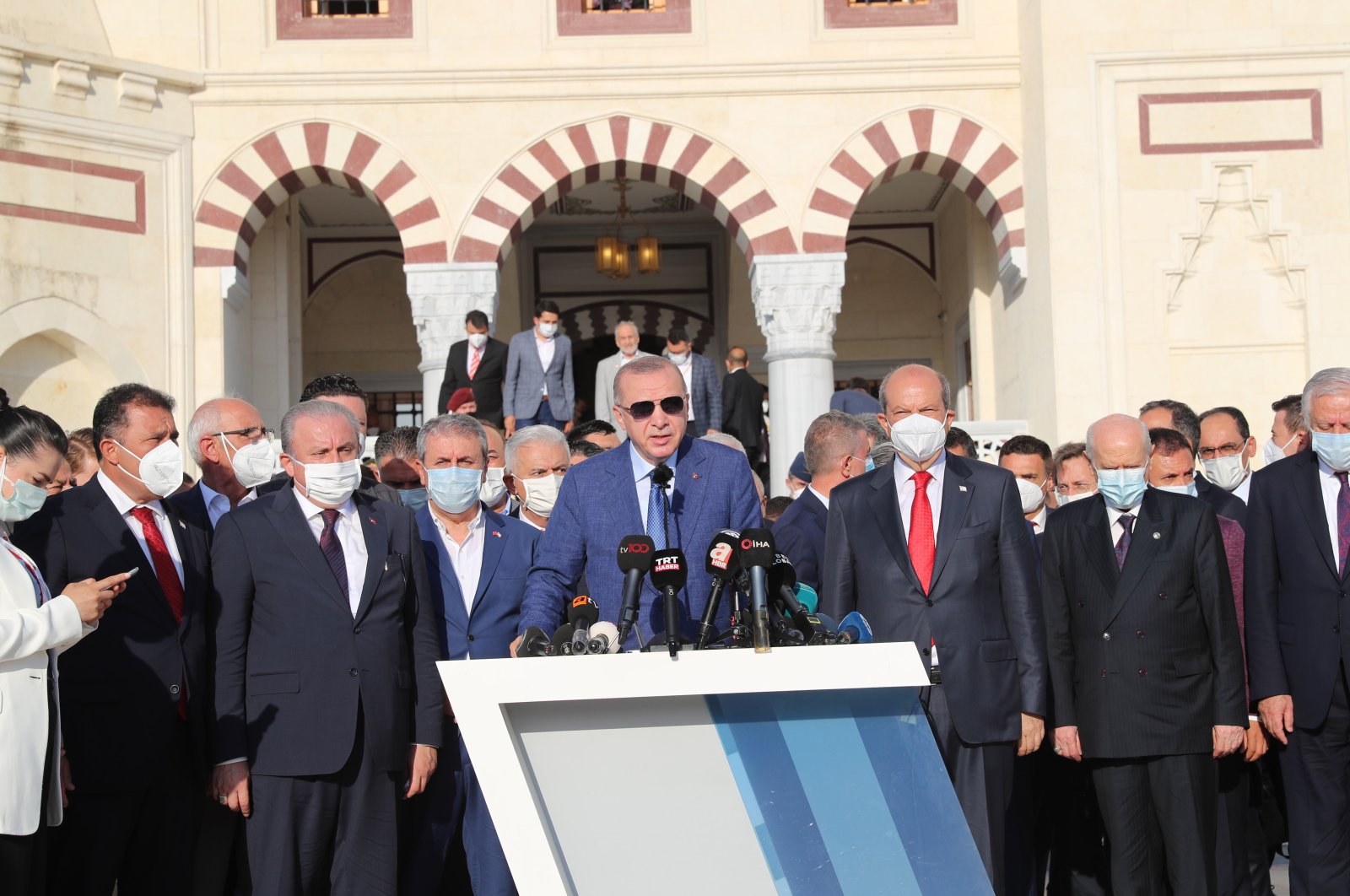 In his message marking the holiday, President Recep Tayyip Erdoğan said he hoped the bayram would bring peace to the world.

“I pray to God for the holy Qurban Bayram to bring health and peace to our people, to Muslims across to the world and to all of humankind,” Erdoğan wrote on Twitter.

National Defense Minister Hulusi Akar congratulated members of the Turkish army on the holiday, noting that they carry out their duties with great heroism and self-sacrifice in difficult conditions both at home and across borders.

"Turkish Armed Forces continue their struggle with determination against all kinds of risks, threats and dangers for the security of our homeland, our blue homeland, our skies and our 84 million citizens in a period in which we are fighting the most comprehensive and intense struggle in the history of our Republic," Akar said.

In his message celebrating the occasion, Soylu urged everyone who traveled to their hometowns or resort provinces for the bayram to drive carefully, as traffic accidents during the Qurban and Ramadan bayrams have taken thousands of lives historically.

Turkey's Culture and Tourism Minister Mehmet Nuri Ersoy said he hoped Eid al-Adha would mark the end of a troublesome year for both culture and tourism.

"I congratulate the Eid al-Adha of all our citizens, from artists to operators, from managers to employees, with the hope of moving forward together from the difficulties we are leaving behind towards new goals, new records and new meetings full of art," he said.

Youth and Sports Minister Mehmet Muharrem Kasapoğlu said: "We are happy to reach another holiday in health, peace and well-being. Holidays, in which our bonds of friendship and brotherhood are strengthened, are exceptional days when the feeling of being 'us' comes to the fore, and love and respect are reinforced."

Ali Erbaş, the head of Turkey's top religious body Diyanet, said Eid al-Adha should be viewed as an opportunity to reinforce unity and solidarity while reviving the beauty of faith, culture and civilization.

"Worship of sacrifice is an exceptional ritual that is the symbol of submission to Allah, the most concrete manifestation of obedience and loyalty to Him, which will bring us closer to our Lord and lead us to goodness," Erbaş said.

One of the most important festivals in the Islamic calendar, Eid al-Adha, also known as the Feast of Sacrifice, marks the end of the hajj period in which animal sacrifices are made to symbolize Abraham's sacrifice to God. During the bayram, people who can afford to sacrifice an animal are expected to do so and distribute most of the meat to the needy, neighbors and relatives.