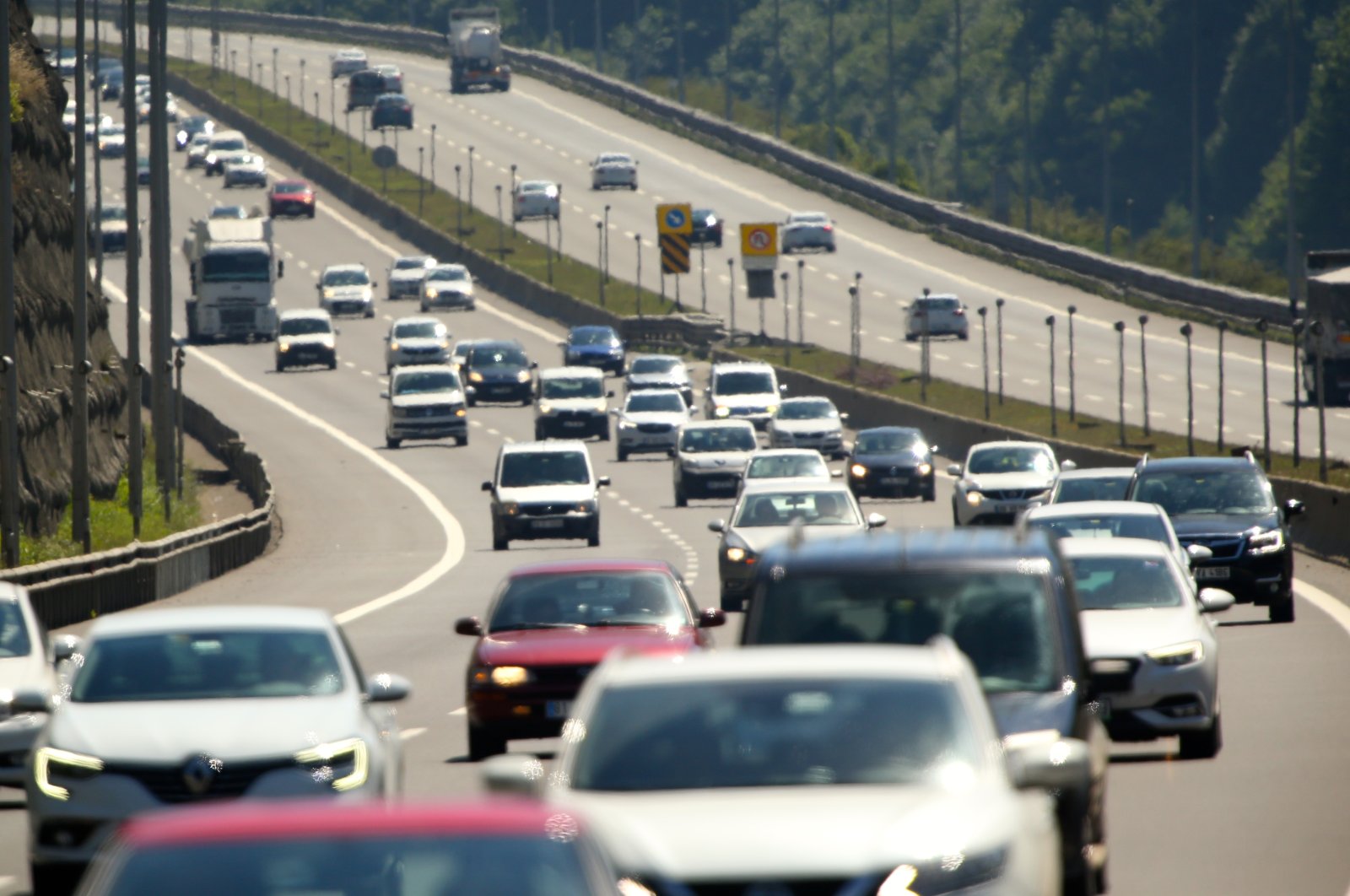 Turkish highways saw severe traffic gridlocks Monday as thousands of holidaymakers, who had traveled for the Qurban Bayram (Eid al-Adha) made their way back to the cities.

As the holiday, which started on Friday, came to an end, Istanbul and other big cities were busy as usual with increasing traffic on the roads, bus stations and airports.

Whether returning from their hometowns, having celebrated the festivity with parents and relatives, or coming back from vacation resorts in the Mediterranean and Aegean regions, citizens flocked the streets after a weekend that saw no sign of decline in the number of holidaymakers despite the ongoing COVID-19 outbreak.

Bodrum, one of the most popular resort towns in southwestern Turkey, saw long tailbacks on the streets leading out of the town. Traffic police were deployed on major arteries.

Interior Minister Süleyman Soylu visited a traffic police checkpoint in Susurluk, a district in the Balıkesir province where a busy road, linking western towns with Istanbul, is located.

Soylu warned against traffic accidents and said at least 45 people had been killed between Thursday, the eve of Bayram, and Monday across the country.

He called on motorists not to drive if they felt tired or sleepy. "We recommend our citizens to not hit the road at night without sleep and urge them to wear seat belts.

He also warned about not taking the wrong lanes, one of the main factors in recent traffic accidents.

Soylu said the number of accidents and fatalities had significantly dropped over the past decade but that accidents can still happen.