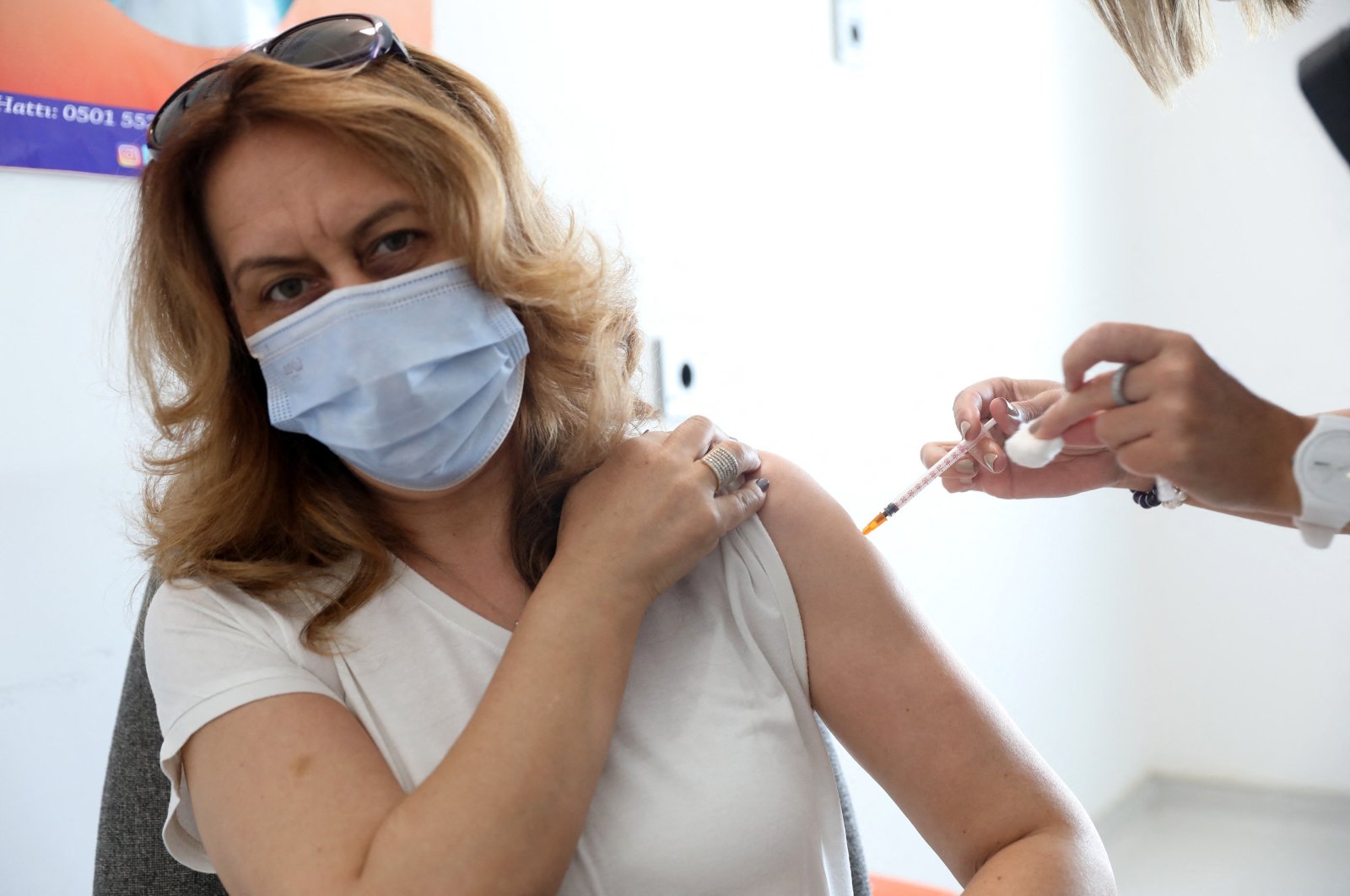 Turkey administered over 1.46 million shots of COVID-19 vaccines in the last 24 hours, according to official figures released Thursday.

Over 38.74 million doses of coronavirus vaccines have been administered since the country launched a mass vaccination campaign in mid-January.

More than 24.59 million people have received their first doses, while over 14.14 million have been fully vaccinated, showed the Health Ministry count.

"Next week we will inoculate volunteers with a Turkish-developed COVID-19 vaccine," Koca said in a live press conference recently.

Koca also noted that studies are currently being carried out to determine which vaccines can be mixed if scientific research proves that a third dose is necessary.

Administering over nearly 39 million doses in less than six months is no small feat for a country of more than 83 million people. Turkey once ranked sixth in the world in coronavirus vaccination but the drive slowed down due to delays in the shipment of vaccines. Vaccine hesitancy among the public also hurts the process.

This month, more Pfizer-BioNTech vaccines are set to arrive in the country. Authorities seek to promote vaccination among the wider masses and are considering bringing in restrictions for those who do not get their jabs, though inoculation is not mandatory in the country.

It also confirmed 5,904 new coronavirus cases, including 509 symptomatic patients, across the country in the last 24 hours. The number of new cases was 6,221 Wednesday.

Turkey's overall case tally is now over 5.35 million, while the nationwide death toll has reached 49,012 with 62 new fatalities.

As many as 4,143 more patients won the battle against the virus, raising the total number of recoveries past 5.21 million.

Over 57.89 million coronavirus tests have been done to date.

The latest figures put the number of COVID-19 patients in critical condition at 860.

"Best (vaccination) performance yesterday (Wednesday) is Turkey's. Yesterday, we reached the highest number of vaccinations in the world according to the number of daily vaccinations per 1 million people," Health Minister Fahrettin Koca said on Twitter, referring to 1.41 million vaccine shots administered Wednesday.

Sharing the data for June 5-11 on Twitter, Koca said the case numbers are consistently falling.

The number of cases per 100,000 people was 55 in the metropolis of Istanbul – home to nearly one-fifth of Turkey's population – and also 94 in the capital Ankara and 32 in Izmir on the Aegean.

The southern provinces of Hatay, Osmaniye and Adana had the lowest COVID-19 infections per 100,000 people.

Since December 2019, the pandemic has claimed over 3.83 million lives in 192 countries and regions, with more than 177.17 million cases reported worldwide, according to the U.S.-based Johns Hopkins University.