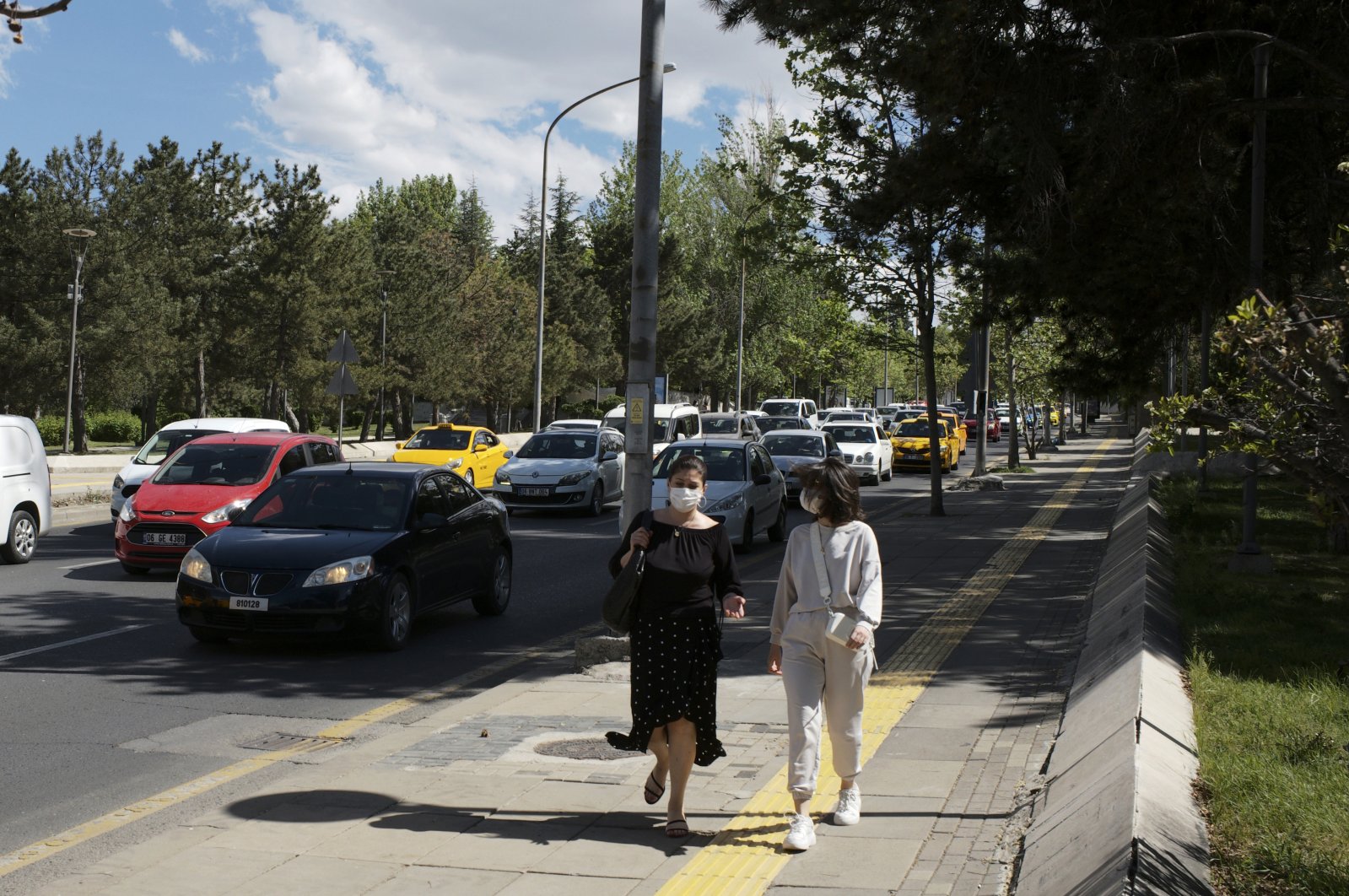 People wearing face masks to help protect against the spread of coronavirus, walk past a traffic jam hours before a weekend curfew, in Ankara, Turkey, May 21, 2021. (AP Photo)
by Anadolu Agency May 21, 2021 9:10 pm
RECOMMENDED

More than 27 million doses of COVID-19 vaccines have been administered in Turkey since a mass vaccination campaign was launched on Jan. 14, Health Ministry data showed Friday.

Some 27.62 million doses have been administered in Turkey as of Friday evening, according to Health Ministry data.

In total, more than 15.79 million people have received their first doses, while over 11.82 million have been fully vaccinated.

The ministry also confirmed a total of 9,528 new cases, including 846 symptomatic patients, across the country in the past 24 hours.

Turkey's overall case tally is now over 5.16 million, while the nationwide death toll reached 45,840, with 214 more fatalities over the past day.

As many as 8,852 more patients won the battle against the virus, taking the total number of recoveries past 4.99 million.

Over 51.95 million coronavirus tests have been done to date, including 218,846 since Thursday.

The latest figures show that the number of COVID-19 patients in critical condition stands at 1,977.

Turkey started a gradual normalization process on Monday from a 17-day lockdown after the measures led to a drop in cases nationwide.

Until June 1, the country will enforce weeknight curfews from 9 p.m. to 5 a.m., while weekends will be under full lockdown.

Since December 2019, the pandemic has claimed over 3.4 million lives in 192 countries and regions, with more than 165 million cases reported worldwide, according to the U.S.' Johns Hopkins University.

The U.S., India and Brazil remain the worst-hit countries in terms of the number of infections.