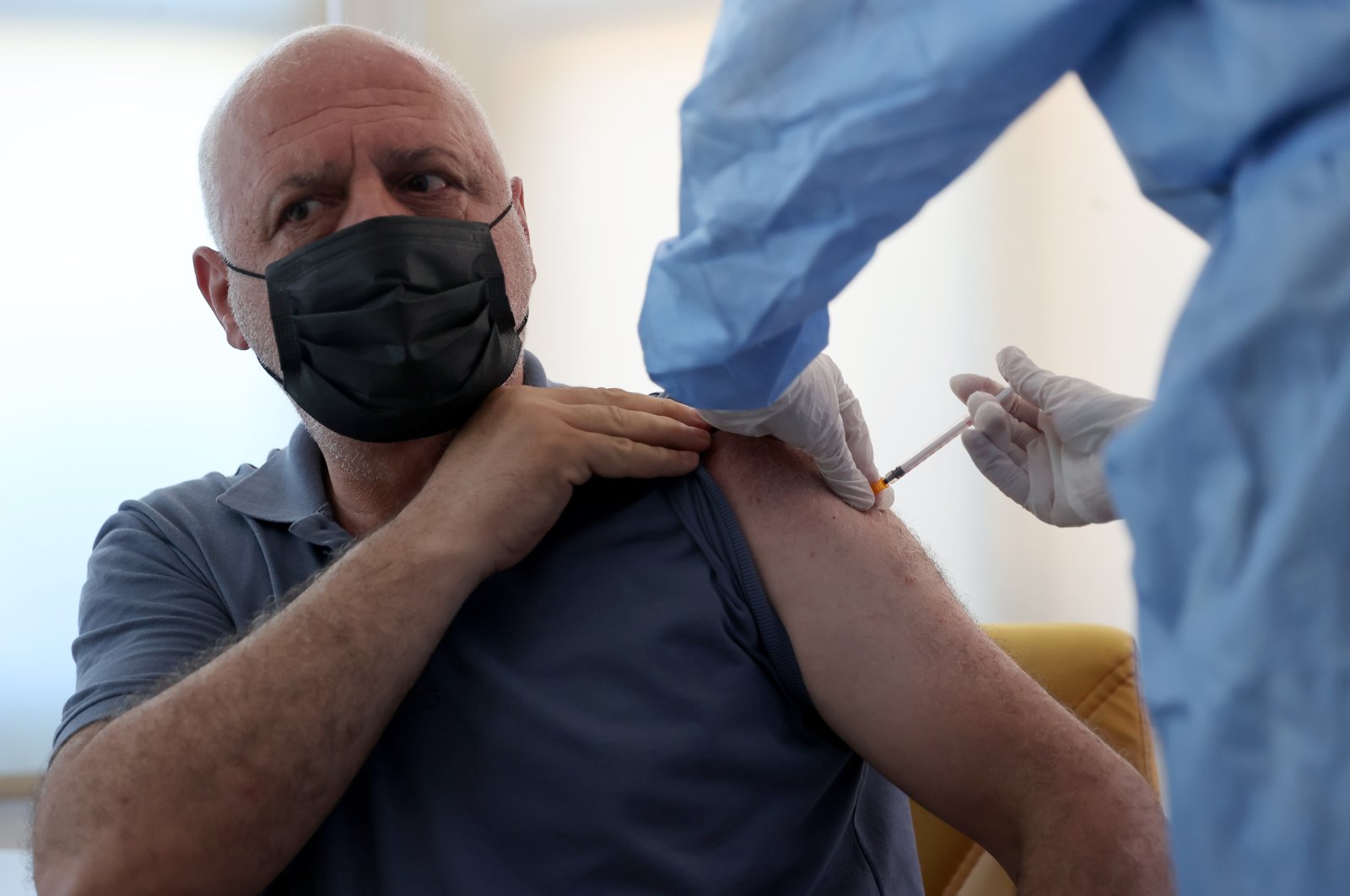 Health care workers and people aged 50 and above will be eligible for a third dose of a coronavirus vaccine in Turkey starting tomorrow, Health Minister Fahrettin Koca said on Wednesday.

"Our people and health workers will be able to choose any vaccine they want regardless of what they received in the previous two doses," Koca said in a virtual press conference following a meeting with the country's Coronavirus Scientific Advisory Board.

The minister also announced several changes to Turkey's vaccination campaign, including shortening the period between doses and how soon a person who tested positive for COVID-19 can receive a jab.

"People who have tested positive for COVID-19 had to wait six months to become eligible for a vaccine. That period has now been shortened to three months," Koca said.

"Following new scientific findings, the time period between the two doses of Pfizer/BioNTech vaccine has been reduced from six weeks to four weeks," he added.

Koca's latest announcement comes amid significant recent momentum in Turkey's vaccination campaign. After suffering a slowdown in vaccination figures due to unexpected delays in shipments of doses, Turkey has significantly increased the reach and the speed of the campaign.

“Our vaccination campaign is being carried out in full force to make sure each and every one of our citizens receives a vaccine. We are one of the world’s leading countries with the number of daily doses administered exceeding 1 million,” Koca said.

According to Health Ministry data, Turkey has administered more than 49 million doses so far. More than 15 million people have received both of their shots.

Following an increase in vaccination rates, the country recorded a significant decline in daily cases, from as high as 60,000 in April to around 5,000 nowadays. In light of the decrease, the government has decided to lift most restrictions, including daily curfews and weekend lockdowns.

Speaking about the importance of being vaccinated, Koca said the jabs were humankind's current best bet to fight the pandemic, especially when the coronavirus variants are threatening to undo the progress of the global vaccination process.

"The vaccines we have available in our country so far appear to be effective against mutations. But the only way to truly stop the pandemic is to complete the vaccination before giving any opportunity to mutations.

"Several countries with high vaccination rates have reported increasing Delta variant cases. This should be a warning for us and it should be our cue to get a vaccine," he said.

According to the Health Ministry, Turkey on Wednesday recorded 5,496 new infections and 45 daily deaths.