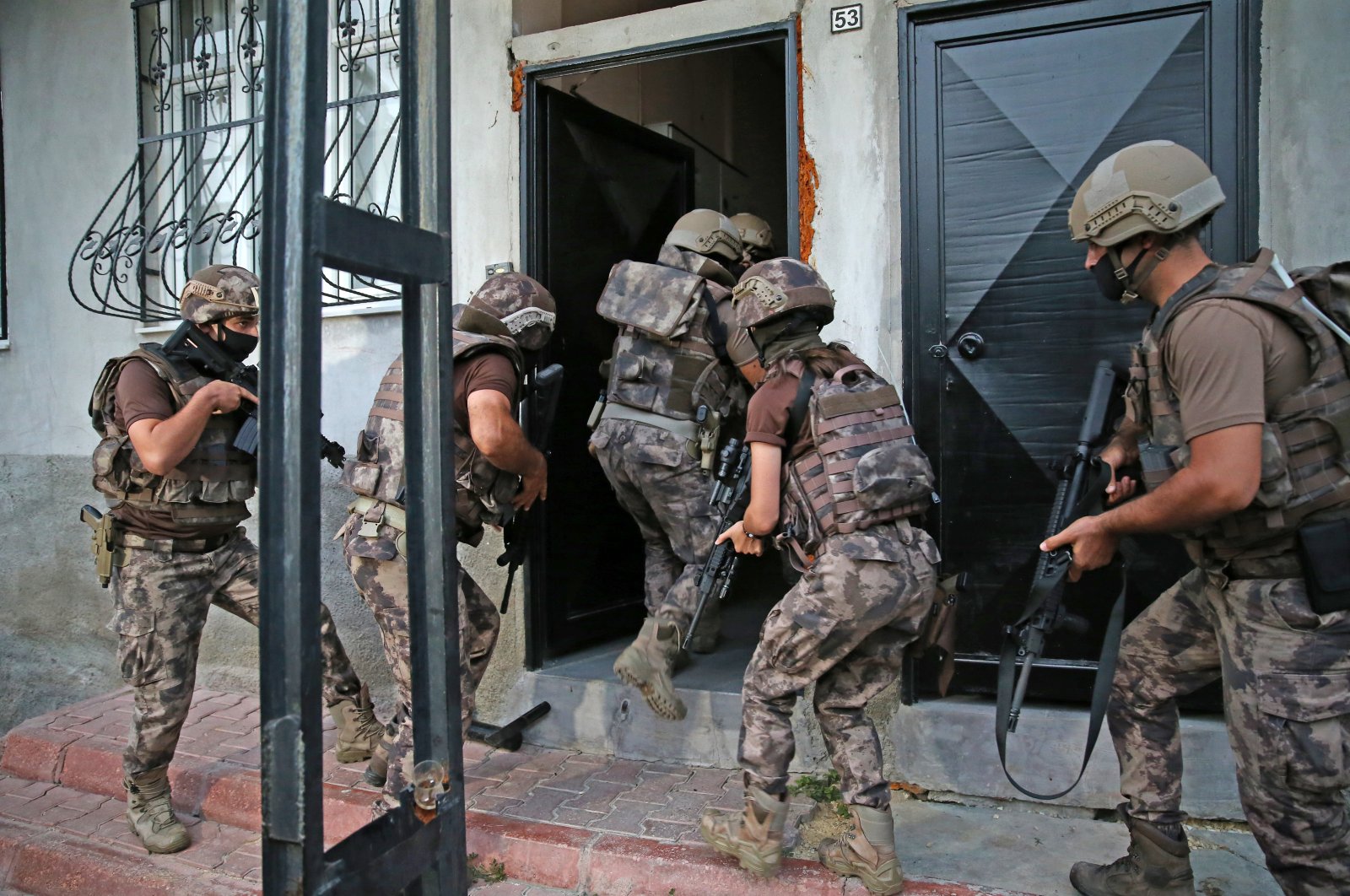 Turkey's Drugs Report by the police indicates that the country has stepped up operations against drug dealers. Last year, 220,010 suspects were detained in 148,821 operations, according to the report. Authorities also seized a large cache of drugs, from heroin to cannabinoids.

An all-out fight against drugs dominates the country’s agenda as it strives to prevent drug smuggling to Europe via its territories and the smuggling of drugs from Europe. Turkey also fights local drug use, which has diversified due to the introduction of cheaper, synthetic drugs into the market. The Turkish National Police work with the gendarme, coast guard and customs agents as well as agricultural authorities and medicine agencies in its relentless fight against smugglers, dealers and growers.

The Turkish police’s drug report says security forces carried out 144,819 operations in 2018 and this number increased to 148,821 last year. Similarly, the capture of suspects showed a 6.7% increase. In nationwide operations, more than 20 tons of heroin, more than 90 tons of hashish and “skunk,” 1,638 kilos of cocaine and 1,042 kilos of methamphetamine were captured in 2019 operations. Police also seized more than 21 million narcotics pills, from ecstasy to Captagon, as well as 723 kilos of bonzai, a cheap synthetic drug popular among youth.

The police report says the global drug problem is a very complicated challenge with a rise in the production and use of “traditional” drugs like cannabis and cocaine, while synthetic drugs, which became a global threat in the past two decades, remain a problem.

Earlier this year, Turkey introduced a new awards program for people providing tips on the production or mass distribution of drugs. They will be awarded up to TL 500,000 ($72,861), depending on the amount of narcotics seized. Information leading to the seizure of heroin and cocaine will receive the highest rewards at TL 60,000 per kilogram, while marijuana will fetch a reward of TL 15,000. The regulations, however, also require an "owner" – a suspect linked with the drugs – to be caught for informants to be paid the full amount. Informants of unattended drugs or seizures without any suspects will receive one-fifth of the reward.

According to the United Nations Office on Drugs and Crime (UNODC), Turkey has been successful in drug seizures but remains a popular route for drug smuggling to Europe.

Turkey has been consistently ramping up its efforts in the war against drugs. In 2014, the Turkish government launched "The Rapid Action Plan against Drugs" to counter drug use and smuggling on multiple fronts. Efforts include outreach to addicts with rehabilitation and awareness campaigns and operations targeting smugglers and small-time dealers carried out by newly formed "narco teams." These operations especially focus on areas near schools and other places frequented by young people, the most vulnerable targets for drug peddlers.

Last month, Turkey announced the “largest narcotics operation in the history of modern Turkey” in cooperation with nine other countries. Dozens of suspects were detained in “Operation Swamp,” including two prominent drug lords. Authorities seized TL 70 million in cash and said that the gang, whose members were captured after a year of surveillance, controlled a fortune of more than TL 500 million including criminal revenues. Authorities say that the network of suspects was behind the shipments of drugs seized by authorities on various dates, from tons of heroin captured in 1993 to more than 18 tons of cocaine seized in 2012, as well as 20 tons of heroin and ecstasy pills captured aboard a vessel in 2016.