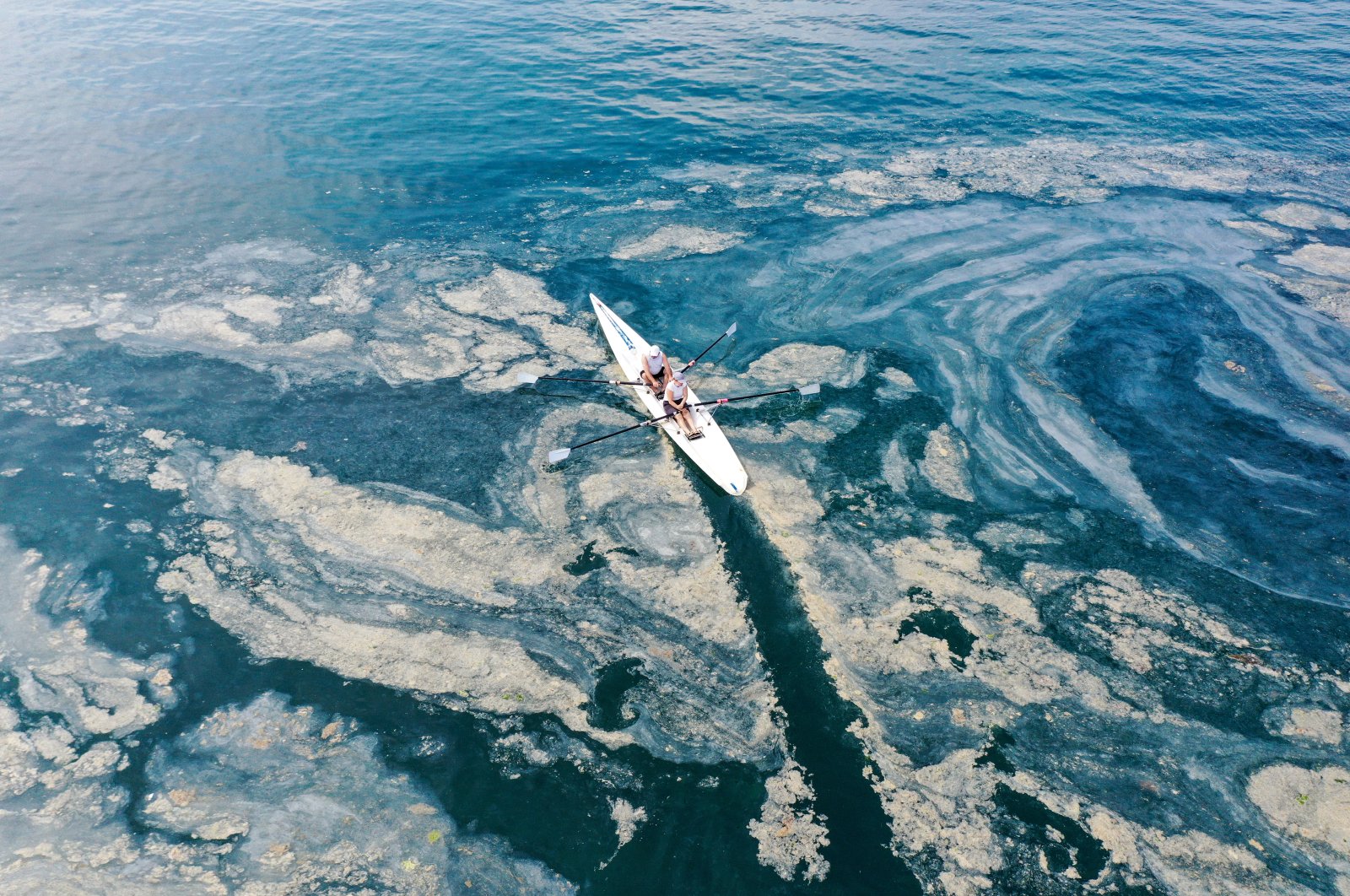 The fishing season may be shortened to boost the marine life in the Marmara Sea, Environment and Urban Planning Minister Murat Kurum said. Quoted by the Sabah newspaper, Kurum said fishing activities may be reduced as "sea snot," or marine mucilage, lingers in the sea. "We need measures to restrict fishing. We need the fish to thrive and mucilage reduced," he said.

Currently, a fishing ban is in place and will be lifted in September. A thick, slimy substance consisting of a large number of microorganism proliferated with pollution and climate change have taken hold in the landlocked sea for the past few months. Fishermen were among the victims of sea snot, which dealt a blow to their business. Photos of dead fish surfacing from below the mucilage spurred calls for urgent action. Earlier this month, the government launched a massive cleaning campaign.

Fishing has already suffering from climate change that shrank the size of hamsi, a type of Turkish anchovy and one of the most popular fish dishes in the country.

Kurum said sea snot has reached a thickness of 8 centimeters (3.15 inches) in some areas, blocking sunlight from reaching the bottom of the sea and threatening the ecosystem. He said the mucilage has stopped spreading, and they are now in the process of collecting "dead" sea snot. On Tuesday, authorities started pumping oxygen into the sea to revive the underwater marine life.

Over the past 15 days, sea cleaning teams have collected a total of 5,738 cubic meters (202,636 cubic feet) of mucilage from the Marmara. Kurum said that the collected mucilage has been sent for disposal. Istanbul, Kocaeli, Bursa, Tekirdağ, Balıkesir, Çanakkale and Yalova are among the provinces where most of the mucilage has been cleared. Turkey has so far completed 5,565 inspections and analyzed 1,584 wastewater samples, Kurum noted, adding that industrial facilities polluting the sea by discharging untreated seawater were also being fined. Fourteen facilities polluting the sea were shut down after they were issued fines.

Sea snot was detected in January and then intensified and expanded in April, resulting in a serious problem contrary to previous examples, which usually disappeared in a month or 45 days. As it continued to increase in its intensity in May and June, the Turkish authorities announced a comprehensive action plan to clean up the Marmara Sea on June 6.