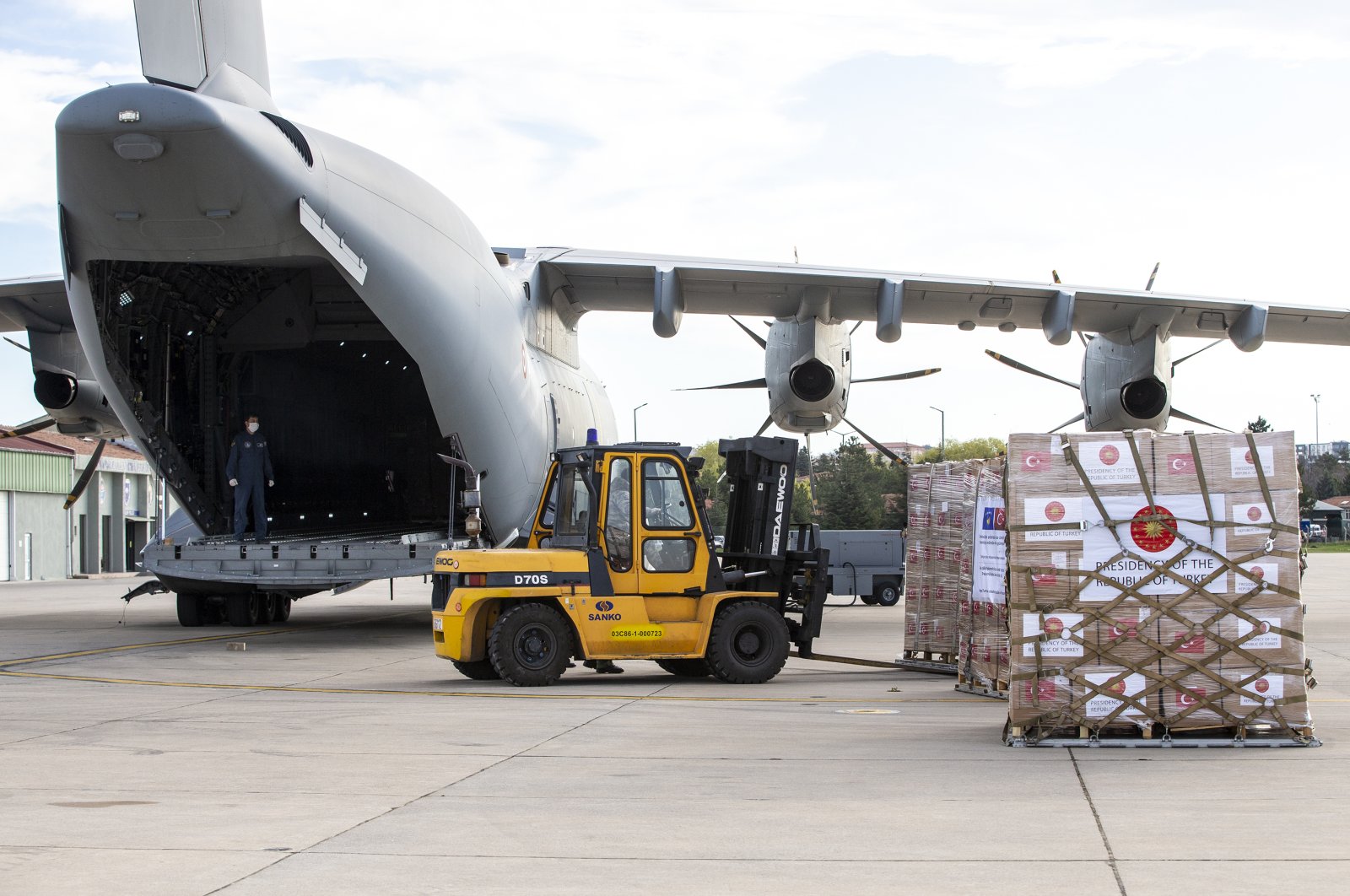 A Turkish military aircraft departed from the capital Ankara early Wednesday to carry aid to the Balkan countries to help them fight the outbreak.

"Masks, overalls and test kits prepared by Turkey's Health Ministry will be delivered to Serbia, Bosnia-Herzegovina, Montenegro, North Macedonia and Kosovo at the instructions of our President (Recep Tayyip) Erdoğan," the Defense Ministry said on Twitter ahead of takeoff.

Turkey previously sent medical aid to Italy and Spain, the countries in Europe worst hit by the virus.

The crates containing the supplies for the Balkan nations again carried the words of the 13th-century Sufi mystic Mevlana Jalaluddin Rumi: "There is hope after despair and many suns after darkness."

There are more than 1.43 million confirmed infections worldwide and have been more than 82,000 deaths, according to U.S.-based Johns Hopkins University. More than 300,000 people have recovered.