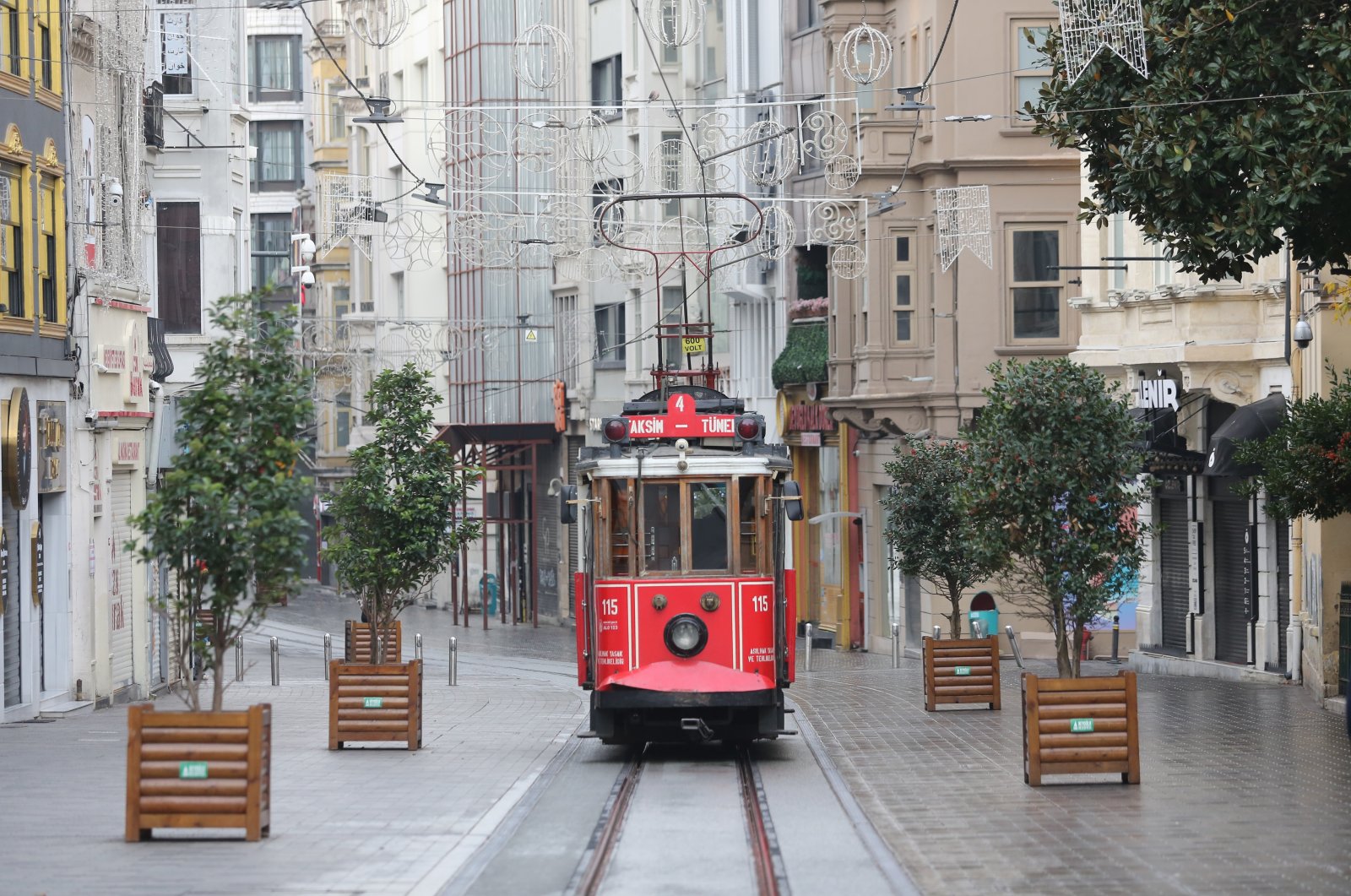 After reintroducing several measures to curb increasing coronavirus cases, Turkey may step up its efforts with further measures amid increasing loads at hospitals

Turkey is expected to announce further restrictions following Tuesday’s Cabinet meeting as experts and authorities warn of a worsening coronavirus outbreak across the country.

After having a relatively unrestricted summer with the case numbers following a linear path for much of the season, Turkey had to reintroduce several restrictions this month as infection rates across the country worsened with the arrival of fall and the accompanying flu season.

Following a previous Cabinet meeting on Nov. 17, President Recep Tayyip Erdoğan announced the reintroduction of the first set of restrictions that would signal a harsh winter for the country.

In his address to the nation, Erdoğan announced a partial weekend curfew from 8 p.m. to 10 a.m. across all provinces.

Along with the weekend curfew, Turkey restricted senior citizens aged 65 and older and youth aged 20 and younger from going out except for between the hours of 10 a.m. and 1 p.m. and between 1 p.m. and 4 p.m., respectively.

Schools were also shut down except for preschoolers for the remainder of the first semester.

Other measures include a ban on restaurants and cafes from hosting customers, serving takeout and delivery orders only.

A day after the first measures were announced, Health Minister Fahrettin Koca pointed at the rampant increase of coronavirus cases in the country’s crowded cities as the reason for the restrictions, which he said were “inevitable.”

He had also warned even stricter measures would be imposed should the outlook of the crisis fail to improve.

Aside from Koca, several experts on the country’s Coronavirus Scientific Advisory Board voiced similar statements, saying that with no vaccine and definitive treatment available yet, restrictions were the only tool to fight a worsening situation.

And now, two weeks later, Koca said the number of critical patients in the city was continuing to increase despite the restrictions, signaling that the aforementioned measures would be announced.

“There has been an increase in the number of critical patients in Istanbul. The risk continues. Stay in your homes even after the curfew ends,” he wrote on Twitter after a meeting with local health authorities in Istanbul on Saturday.

While Koca pointed to Istanbul specifically, members of the scientific board said the patient load at hospitals was increasing throughout the country.

“Our hospitals and intensive care units (ICU) are filling up. We are losing around 170 people every day,” professor Tevfik Özlü wrote on his social media account.

Another member blamed house gatherings for the still increasing cases.

“The restaurants and cafes are closed, but people continue to get together in homes. House gatherings are really dangerous at such a critical level of the outbreak. Getting together in houses is one of the main reasons the virus continues to spread despite precautions,” associate professor Afşin Emre Kayıpmaz told Demirören News Agency (DHA).

He also warned the restrictions would be expanded if people failed to obey them.

As media reports speculate about the possible new restrictions, a look at Turkey’s moves in the initial months of the outbreak offers some clues.

Should Ankara decide to reintroduce additional measures, the curfew is expected to be expanded to include the whole weekend.

During March and April, Turkey imposed a similar curfew, banning all citizens from going outside throughout the weekend. It was later relaxed to only include the worst-hit provinces.

Intercity travel is another restriction the government is likely to restrict. In the past, Ankara had banned all entries and exits from several provinces, including Istanbul, Izmir and Ankara, to stop the spread from crowded cities to rural areas.

While reports said a curfew during the weekdays could also be in the books, it would be a first for Ankara.

Sports events, meanwhile, were canceled during the initial months of the outbreak, but cancelation of them is unlikely. Despite smaller outbreaks occurring at clubs, no major incidences have been reported since the restart of the events, and they will continue to be held behind closed doors.