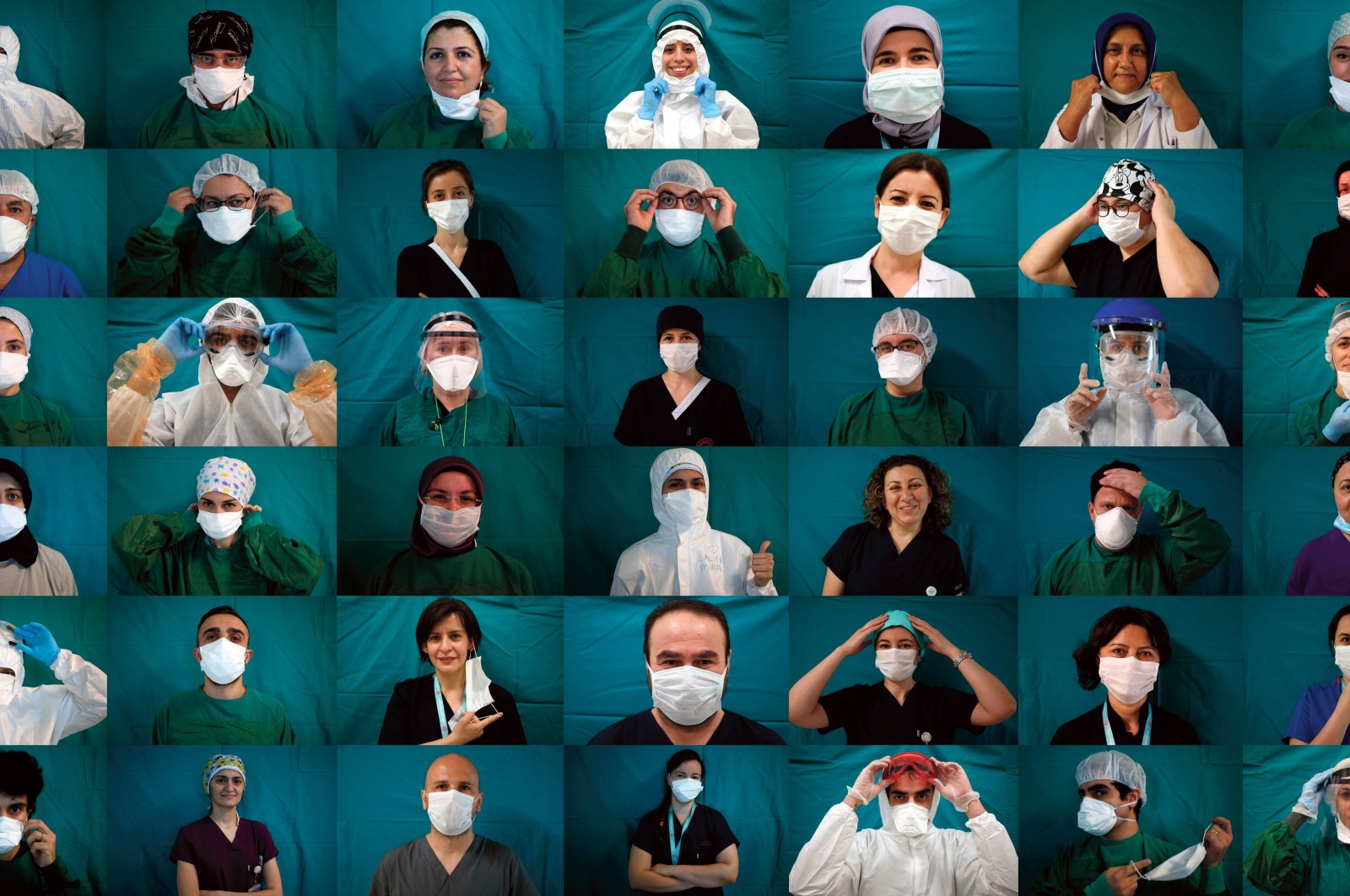 It's been a year since the COVID-19 pandemic started and people across the world have been fighting the virus. Healthcare staff around the globe have undoubtedly been the most important and hardworking people during the dark period. President Recep Tayyip Erdoğan on Sunday marked March 14, Turkey's national Medicine Day, as he expressed gratitude for thousands of healthcare workers and their contributions.

"I send greetings to you and your families with my most heartfelt feelings and congratulate you on Medicine Day. I am grateful to you and all your colleagues for your services for our nation and all of humanity," Erdoğan said in a letter marking the day, also known as Doctors' Day.

Hailing the efforts and sacrifice of healthcare staff during the fight against coronavirus, Erdoğan stressed that their work was invaluable.

"Our healthcare professionals, unable to go to their homes for weeks, or hug their children and loved ones, have worked day and night to help our citizens regain their health as soon as possible."

He said their sacrifice and efforts are very important in Turkey's fight against COVID-19, which set an example worldwide.

Erdoğan's letter is the first piece of a digital letter campaign organized by Lütfen Platformu (the Please Platform), founded to raise awareness on social issues.

The campaign launched with the slogan "Let's write a letter for those who make history," and aims to convey the feelings and thoughts of the public for healthcare professionals who have served with great devotion amid the COVID-19 pandemic.

Turkey's struggle against the virus is not yet over, Erdoğan said, urging people to work together until the threat is completely eliminated.

Erdoğan also noted that Turkey was working hard to support the national healthcare system in addition to steps for normalization from the virus.

He praised healthcare workers for serving the nation with heart and soul in the worst public health disaster of the last century.

"I once again wish Allah's mercy upon your colleagues who lost their lives in the fight against the pandemic. As we have done so far, we will continue to support and stand by you financially and morally," he pledged.

Separately, in a message to healthcare workers, Health Minister Fahrettin Koca said that now the whole world has seen that it is a privilege to be a healthcare worker, especially a physician.

"But the responsibilities we undertake are just as heavy," said Koca in a statement.

Due to the pandemic, the Medicine Day ceremony was held online in a year which was the declared International Year of Health and Care Workers by the World Health Organization (WHO).

Presidential Communication Director Fahrettin Altun also said Turkey is proud to have one of the world's largest and best-qualified "medical armies.”

In a statement, Altun also marked the occasion, as he expressed his thanks for healthcare professionals and commemorated those who lost their lives fighting the virus.