Turkey includes vaccinated in trials of its local COVID-19 jab 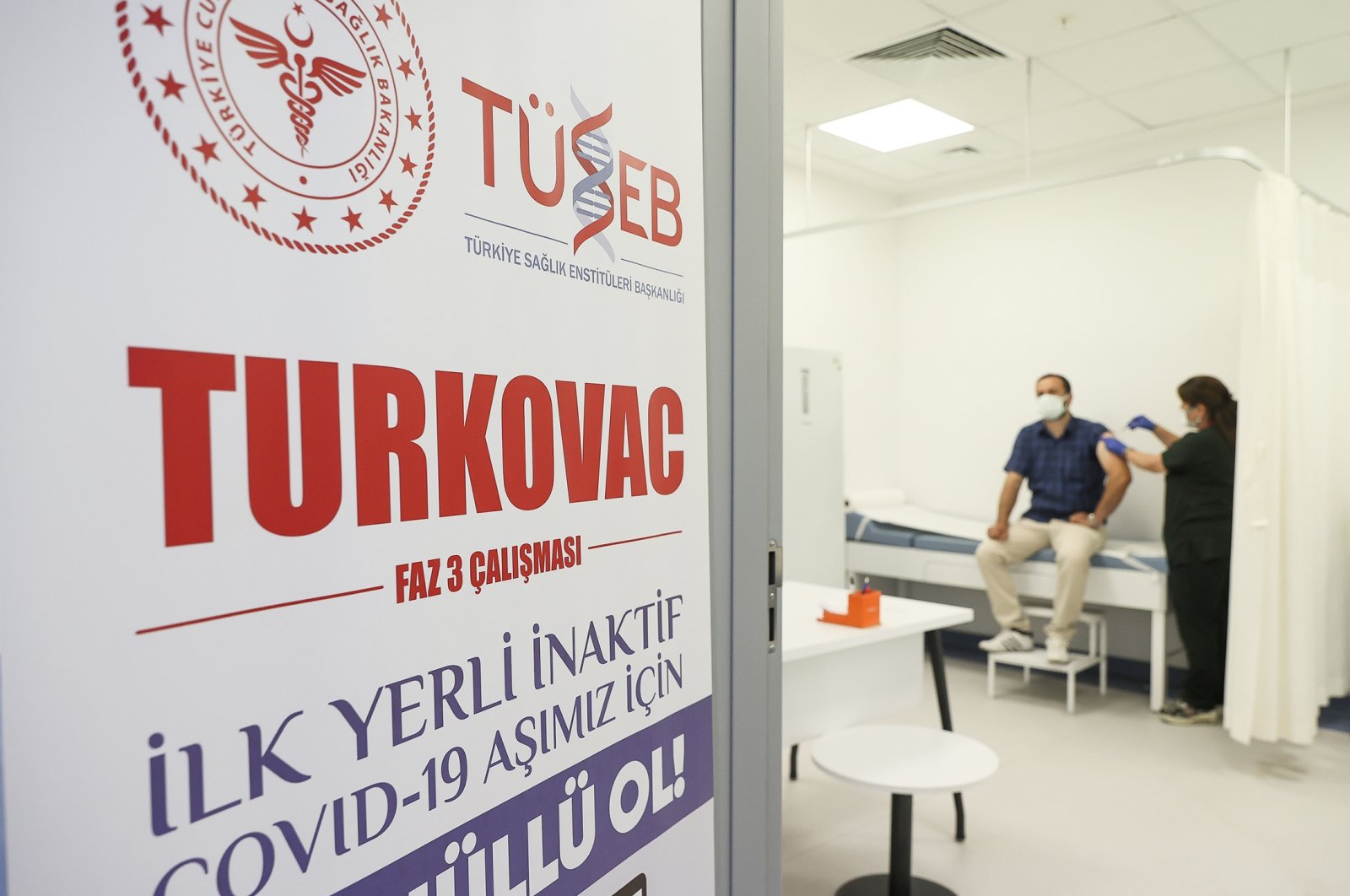 The Health Ministry announced on Friday that people who have received two doses of CoronaVac can now volunteer for Turkovac, a domestic coronavirus vaccine currently in Phase 3 trials.

Health Minister Fahrettin Koca invited volunteers “between the ages of 18 and 59 and had their second dose of CoronaVac at least 90 days ago” to join the trials and have their third doses. The first jabs will be administered at Ankara City Hospital in the capital, and it is expected that more cities would be included in trials with three doses.

Previously, only people who were not vaccinated against the coronavirus were admitted to the trials.

Turkovac began its trials last month, with more than 40,000 volunteers, while more than 846,000 people sought to be injected with the vaccine for trials. The vaccine is “inactive,” like CoronaVac, which is among the two vaccines available to the Turkish public.

It is being developed by a group of scientists from Erciyes University in the central province of Kayseri and the Health Institutes of Turkey (TÜSEB), an umbrella body of health agencies controlled by the Ministry of Health, which oversees and assists in vaccine creation.

The vaccine is among 18 others developed against the deadly disease and is expected to be the first to be available if trials succeed and the Health Ministry approves it.

It started its Phase 1 trials in November 2020. Phase 2 trials began on Feb. 10 and as of yet no side effects have been reported among volunteers. It may also be used for a third dose as a large number of people have already been inoculated with vaccines by CoronaVac and Germany’s Pfizer-BioNTech, which uses messenger RNA (mRNA) technology.

Turkey has administered more than 61 million doses during its inoculation campaign that kicked off in January 2021 and has exceeded the vaccination numbers of most countries. After combating vaccine hesitancy and delays in vaccine imports, it went on to break daily vaccination records, surpassing 1 million per day at times.