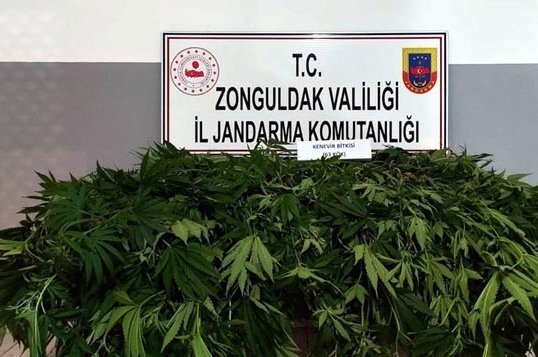 The World Drug Report 2020 released by the United Nations Office on Drugs and Crime (UNODC) highlights Turkey’s success in drug seizures but warns that the country remains a popular route for drug smuggling to Europe.

The report, based on 2018 data, was released Thursday and says the largest total quantity of heroin seized by a country that year was in Iran, followed by Turkey, the U.S., China, Pakistan, Afghanistan and Belgium. Turkey seized 0.7 tons of opium, 0.4 tons of morphine and 19 tons of heroin in 2018. Regarding opiates, Iran accounted for more than half of the global total seizures while Turkey accounted for 9% of total seizures in the world.

Yet, Turkey remains a part of what UNODC calls the world’s single-largest heroin trafficking route known as the “Balkan route.” The route is used for opiates from Afghanistan to be transferred to western and central Europe.

An increasing crackdown on drugs helped Turkey to deal with "narcoterrorism," or profits for terrorist groups from the drug trade, Turkish officials say. Narcoterrorism profits the PKK, an internationally recognized terrorist group that has pursued a campaign of violence against Turkey since the 1980s. The PKK terrorist group earns $1.5 billion from drug trafficking annually, according to the Turkish National Drug Report for 2018. The PKK controls about 80% of the drug trade in Europe, earning around $1.5 billion per year, according to Interior Minister Süleyman Soylu.

UNODC says Iran reported that 75% of the morphine and 75% of the heroin seized on its territory in 2018 had been trafficked via Pakistan and the rest had been smuggled directly from Afghanistan. In most cases, heroin is then smuggled to Turkey, and from there, to Europe, either via the western branch of the route via Bulgaria to various western Balkan countries or, to a lesser extent, via the eastern branch of the route via Bulgaria and then to Romania and Hungary, before reaching the main consumer markets in western and central Europe.

Another section of the report delves into captagon, a drug whose use is prevalent among terrorist groups like Daesh. The report says Syria, Lebanon, Libya and Sudan are source countries and highlights that Turkey reported its territory continued to be used as a transit area for trafficking captagon tablets manufactured in Syria.

Turkey also reports progress in ecstasy seizures. In 2018, it seized its largest national total of ecstasy at 2 tons and captured drugs originating mainly in the Netherlands and Belgium. Australia, meanwhile, has reported that Turkey was the main transit country for shipments from Europe to the continent.