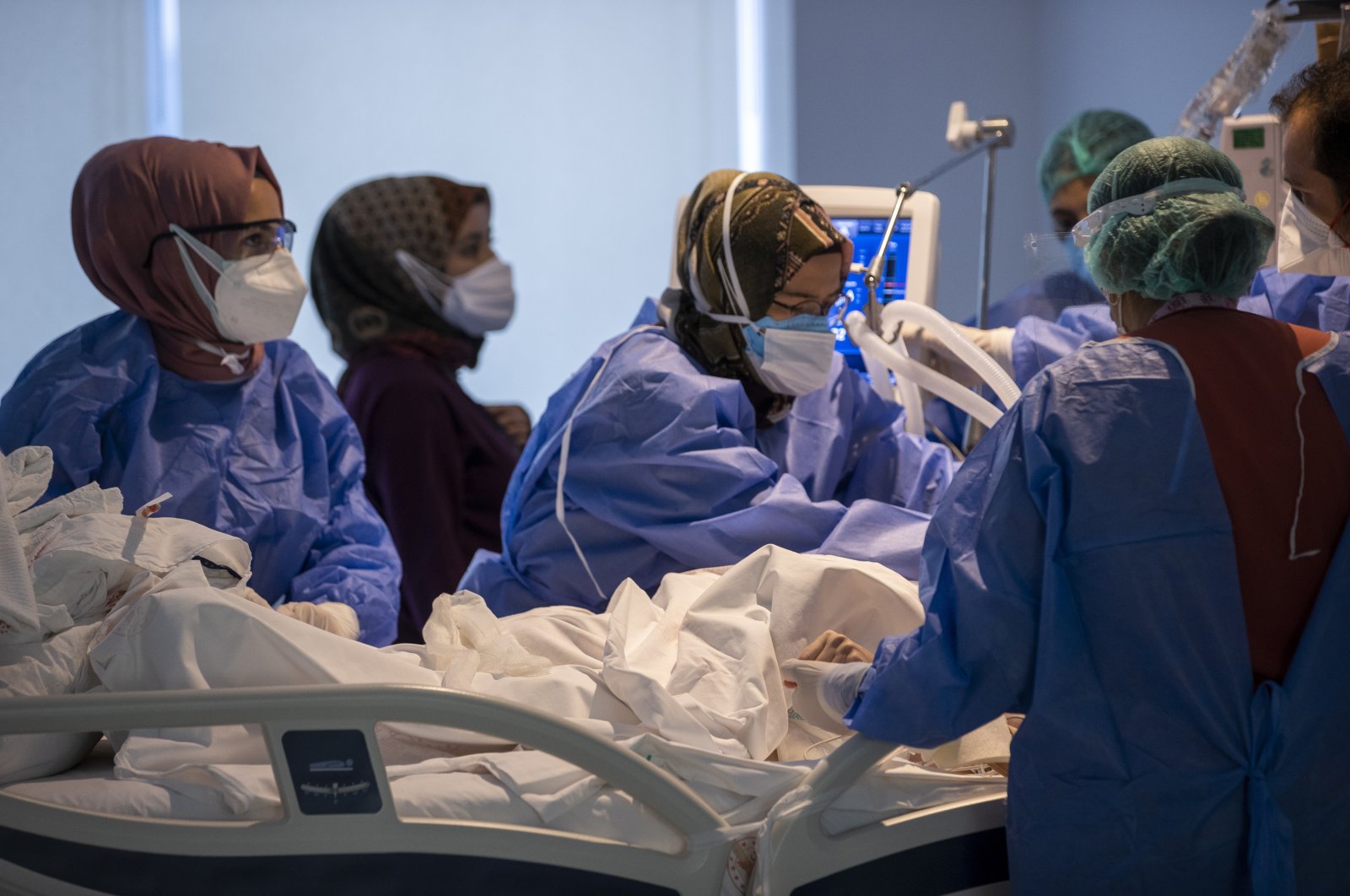 An early summer respite from the coronavirus pandemic may come to an end soon. On Sunday, Turkey’s daily coronavirus cases exceeded 14,000, prompting concerns as cases have been rising steadily in the past few weeks. The rise, which came only weeks after cases hovered around 4,000, is also a harbinger of a major challenge in autumn, according to experts. Autumn is a time when more people start spending time indoors, and the current rise in the cases will only worsen without measures, experts say.

The country's hard-earned normalization began on July 1, after a 17-day full lockdown and months of nighttime and weekend curfews. A nationwide vaccination campaign pulled down the numbers before most restrictions were lifted in July, about two months after daily cases were around 60,000.

For professor Nurettin Yiyit, a member of the Health Ministry’s Coronavirus Scientific Advisory Board, it is only a matter of time before Turkey lapses into a dire situation if people and authorities do not act cautiously. Yiyit says it may be still difficult to entirely prevent a rise in the numbers, in light of the current climb and domination of delta variant in cases reported in Turkey as well as in other countries. The latest figures show Turkey has 750 delta variant cases and the number of the more severe delta plus variant stands only at three. He told Anadolu Agency (AA) on Monday that mutation of the virus worsened the situation but stressed that the right measures can alleviate the concerns.

“Wearing protective masks and adhering to social distancing work against all variants of the virus. In more than one year in the fight against coronavirus, we found out that restrictions and compliance with rules are valuable in reducing the number of cases. But in this controlled normalization process, cases are climbing up again. However, we have something we did not have before now and that is vaccination. Vaccines were developed against the alpha variant, but the delta variant is spreading now. It is clear that delta will continue dominating cases in autumn and we have to prepare ourselves to counter it,” he said.

Yiyit added that mask and social distancing were two indisposable rules and that the most effective method to permanently get rid of the pandemic was mass immunity. “Since we cannot be infected with coronavirus and therefore gain immunity at the same time, we need an artificial way, and the vaccination serves to achieve this purpose,” he said.

He warned new variants were more infectious than the original virus and previous variants. “Cases will undoubtedly increase, but they won’t be reflected in the number of daily cases instantly. It will take time. We expect a rise in hospitalizations in seven to ten days. Then, fatalities will increase. Please take your measures to stop this,” he urged the public.

Yiyit noted that the rise in the number of cases was higher in provinces with lower vaccination rates and that the majority of cases were of the delta variant. Turkey had seen a mass exodus from big cities in the west during a nine-day holiday for Qurban Bayram (Eid al-Adha), which concluded on Sunday. Thousands traveled between cities and though some spent time in isolated, secluded vacation resorts, most visited their relatives and families in other cities, a fertile occasion for a chain of infections.

Professor İsmail Balık, an infectious diseases expert from Ankara University, says this week is “critical” in terms of seeing the fallout from this occasion of mobility in the number of coronavirus cases. “It appears that there will be a new increase,” he warned. He called upon the public not to mingle with crowds and to adhere to mask and hygiene rules. He also echoed the call to get vaccinated as soon as possible. He said two doses of the vaccine are needed for better protection against the disease, as one dose would not be sufficient against delta variant cases.

Professor Mehmet Ceyhan is more pessimistic. Ceyhan, head of the Department of Children’s Infectious Diseases at Hacettepe University, says there will be more “waves” in terms of rising cases until the end of the pandemic. “The scale of these waves depends on measures we will take,” he told Demirören News Agency (DHA).

Ceyhan said no country has yet been able to reach the necessary vaccination numbers needed and that this worsened the pandemic. He said Turkey needs to vaccinate more than 600,000 people daily to reach a safe level. Turkey has administered more than 66 million doses of vaccine since January 2021. The daily vaccination numbers had exceeded 1 million last month and in early July, but they remain low especially in eastern regions. Ceyhan said that at the current pace, Turkey could reach the desired level of vaccination in early 2022.

“Until we reach that level, we have to cling to restrictions and measures,” he said.