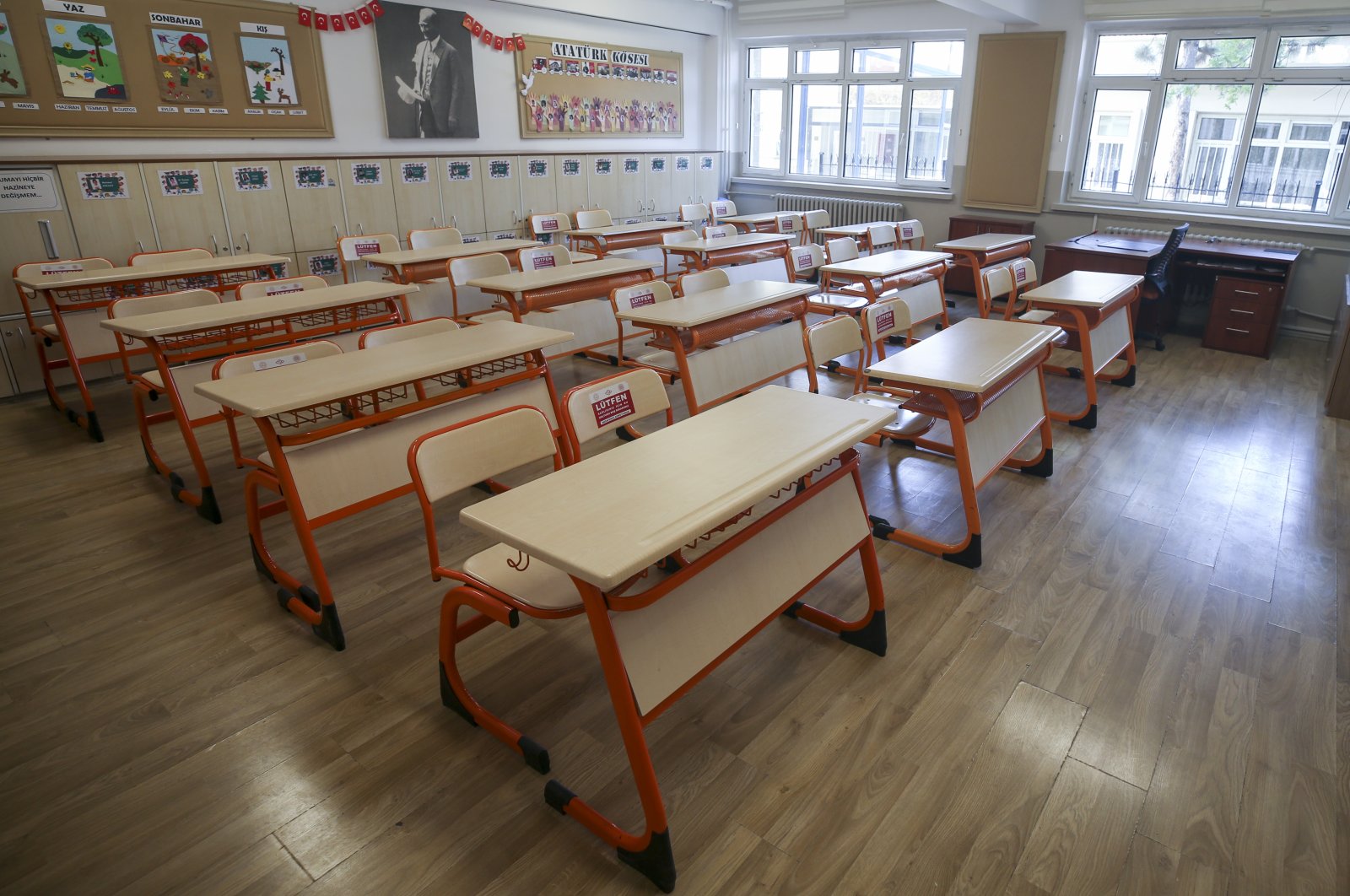 Turkey plans to reopen schools nationwide on Aug. 31, to get students back into classrooms and free up working parents, assuming a recent stabilization in coronavirus cases holds.

Teachers and administrators are preparing on-site health precautions, but two government sources told Reuters that the daily infection rate may need to dip below the more than 900 seen recently to allow them to execute what they called Plan A.

Schools shifted to distance education in March, when Turkey identified its first case and began restricting movement. They are planned to start the new academic year in August.

Much of the economy reopened on June 1, after the school year ended, but masks and other hygiene measures are still required in public.

"We have been told that the schools will reopen, so we will see how it goes," said a first-grade teacher in the southern city of Antalya. "I do feel a bit concerned about my students' and my family's health, of course."

About half of Turkey’s nearly 230,000 cases and more than 5,600 deaths are in its biggest city, Istanbul, the government says. The capital Ankara and eastern Diyarbakır province have also been hotspots.

One government source said "if the number of cases decreases, all schools will be opened," but that otherwise, schools in high-infection areas might remain closed.

A second senior official said classes might have to remain online for some southeastern provinces. "The normalization is underway ... but the numbers should have fallen faster."

A primary school teacher based in the southeast said some of her students had not had the means to attend online classes, adding: "Online teaching can never be as efficient as classroom learning."

The ministries of Education and Technology have been cooperating on certifying schools according to hygiene standards. Schools complying with the set hygiene standards against the coronavirus will receive the "My School is Clean" certification.

The Health Ministry has already set out several guidelines for reopening, from constant disinfection to social distancing in classrooms and students wearing masks at all times.

Schools will need to comply with comprehensive guidelines, which detail every measure, from the place of sanitizers to checking the body temperature of students and staff while entering the school, rearranging desks to maintain proper air circulation in classrooms.

The guide also covers hygiene measures in school buses, labs, mess halls and playgrounds. The authorities will inspect schools that apply for the certificate.

President Recep Tayyip Erdoğan and his cabinet will make a final decision late next month based on the spread of infection and advice from scientists, the officials said.