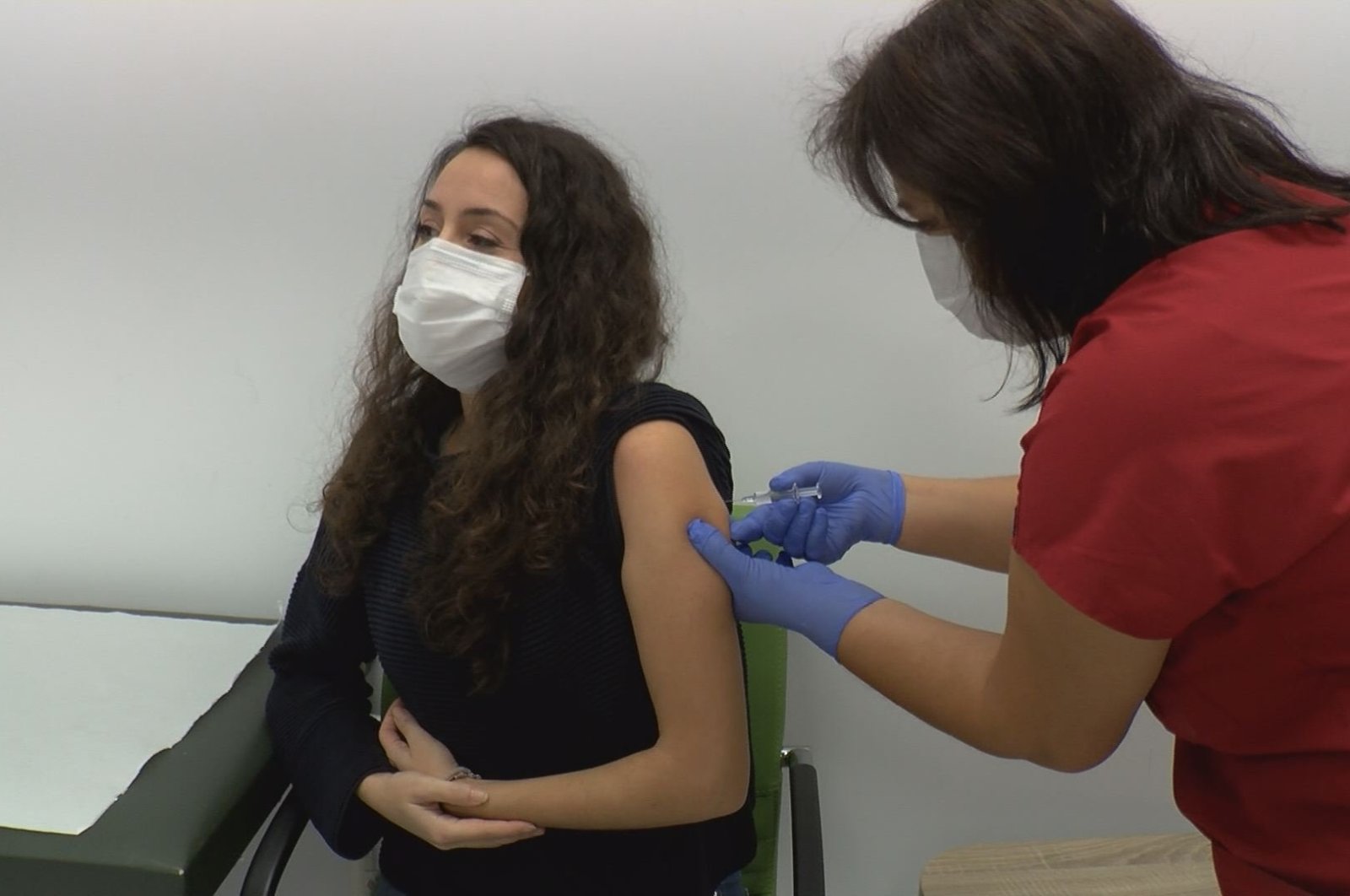 Around 1.5 million people are set to be inoculated with a coronavirus vaccine, professor Mustafa Necmi Ilhan, a member of a board advising the government on outbreak measures, announced.

Ilhan, who serves on the Health Ministry’s Social Sciences Board, told Demirören News Agency (DHA) on Tuesday plans for mass vaccinations were underway and crews would soon be on the field to speed up the process.

The government announced that the first shipment of CoronaVac, a vaccine developed by China’s Sinovac, would arrive later this month. Some 50 million doses of the vaccine, which underwent human trials in the country in September, will be subject to examination and subsequently approved or rejected by health authorities. The state-run Turkish Medicine and Medical Devices Agency (TITCK) will evaluate the efficacy and results of the Phase 3 trials before greenlighting the vaccine.

Ilhan said it planned to disperse crews of three people to carry out vaccinations, and each crew should aim to inoculate at least 200 people a day. The vaccination is not mandatory. Health care workers and citizens 65 and older will be prioritized for the vaccination. Ilhan said several groups would be exempt from vaccination, including those under the age of 18, pregnant women and breastfeeding mothers, adding that those who have recovered from COVID-19 within the last four to six months will be low on the priority list. He announced that inoculations would launch simultaneously nationwide. “We have a population of around 83 million people, and we plan to have around 65 million people receive vaccine jabs by the end of June,” he added.

The vaccination drive will not be confined to hospitals or small neighborhood clinics. Workplace physicians in big companies and factories will be authorized to carry out vaccinations on site. The disabled will be able to receive the vaccine at home, and nursing home residents will also be vaccinated within the facility. Prisons will also carry out on-site vaccinations.

Turkey is struggling with a high number of COVID-19 patients in the absence of a vaccine. The total number of cases has exceeded 1.8 million, while fatalities have reached 16,646. Recoveries lag behind new cases, at 1.6 million.

Word of a vaccine flooded social media followed by fake news and conspiracy theories by skeptics circulating unfounded claims about vaccines. Scientists are working to assure the public that the vaccines are safe and have not caused any serious side effects to date. Rather than opposing a vaccine, Ilhan said the public was more "indecisive." “They weigh the options, whether they should have the Chinese vaccine or American vaccine,” he said, referring to another vaccine developed jointly by Pfizer and BioNtech which Turkey had considered acquiring.

LOCAL VACCINE IN NEXT STAGE

Meanwhile, Turkey has also been working on developing its own COVID-19 vaccine, and Phase 1 trials for Erciyes University's vaccine in the central province of Kayseri concluded Monday. Applications to take part in the second phase opened and more than 200 people have already volunteered, officials announced. The Phase 2 trials are expected to start next week. No significant side effects were reported in the trials so far, which started on Nov. 5.