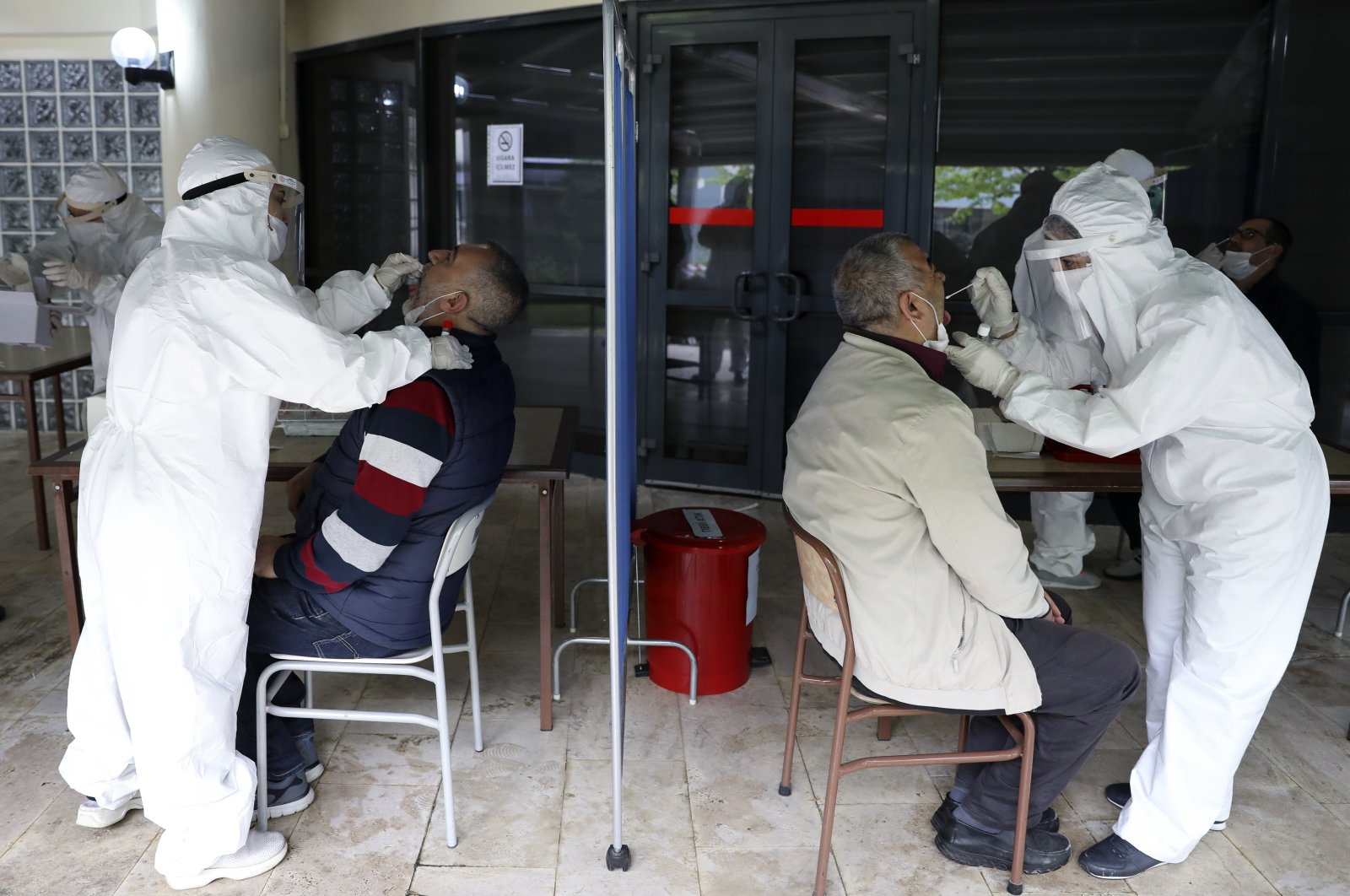 As it prepares for another mass screening to monitor the rate of immunity from the coronavirus, Turkey now ranks 11th among hundreds of countries in terms of testing, having conducted more than 11.9 million tests

On a list led by China, Turkey is 11th out of the countries that have conducted the highest number of tests against the coronavirus. Figures by the worldometer website, which derives data from official government reports and media outlets, shows Turkey ran 11.9 million tests since the outbreak was first reported in the country in March and is ahead of countries like the United Arab Emirates (UAE), Canada and Australia in terms of test numbers. France is one rank ahead of Turkey with more than 12.7 million tests.

Turkey took strict measures as soon as the first virus patients were reported back in March and managed to increase the number of tests in a short time. Apart from importing test kits, Turkey developed its own kits to reduce the diagnosis time. Test numbers increased in parallel with the growing number of contact tracing crews, who make door-to-door visits to detect the contacts of positive patients as quickly as possible.

The country was set to begin on Thursday conducting a second round of random screening across the country to determine public immunity against the coronavirus, Health Minister Fahrettin Koca said Wednesday. The first round of random screenings conducted on around 150,000 people in June, found that 2.5 per 1,000 people tested positive for COVID-19. Speaking at a press conference after a weekly meeting with the country’s Coronavirus Scientific Advisory Board, Koca said the second round of tests would include around the same number of people, as health experts hope to find out where the rate stands after four months.

The test involves taking blood samples and swabs from randomly selected individuals at their homes to look for antibodies, which reveal whether a person had COVID-19 or not. “The sample size will help us with projections for the entire population. We will find out both those who have an ongoing infection but show no symptoms, and those who had the disease and recovered without realizing it,” he said.

Speaking about case numbers in general, Koca said Istanbul, the country’s most populous city, has seen a 50% spike in coronavirus cases compared to last month. Upon a question from the press whether the spike in cases would prompt a fresh set of restrictions such as curfews or travel bans, the minister firmly said such moves were off the table for the time being, and explained that the increase was recorded in mostly asymptomatic cases and did not reflect the number of hospitalized patients. The minister also said while Istanbul has seen a spike, the capital Ankara has recorded a 60% drop in the number of cases compared to the previous month. “We have seen it time and time again. In Ankara, in Izmir, or in Diyarbakir a few months back. Wearing a mask, practicing social distancing and our filiation teams can bring this outbreak under control,” he said. “With every victory, we gain more ground in our fight against the outbreak, we get one step closer to returning to our old lives, we will overcome this.”

Speaking about the two locally produced vaccines that completed clinical trials, Koca said the ministry had already announced last week that the human trials would start soon and the public would be informed of further developments. But he also warned against placing too much hope on vaccines as well. “When the outbreak first began, the estimated timeframe for a vaccine to be developed was from 12 to 18 months. As the outbreak nears the end of its first year, many promising developments have been made,” he said and delivered a harsh yet realistic remark in his next sentences. “Finding a vaccine for an infectious disease is not easy. It took seven years for rubella, eight years for whooping cough, 14 years for flu, 20 years for polio and 21 years for tuberculosis vaccines to be developed,” the minister said as he explained that setbacks could happen.

Putting proper mask usage on par with vaccines in terms of protection against COVID-19, Koca repeatedly brought the issue of wearing a mask up as the arrival of the cold and flu season nears. With more people getting together in indoor spaces due to cold weather and the arrival of the annual cold and flu season, the rate of infectious diseases, including the coronavirus, will undoubtedly increase Koca said, adding that masks were key to keep numbers in check.

Regarding any new developments over Turkey’s plans to fully reopen schools, Koca said the ministry and the coronavirus board would review data gathered in the first month since the partial reopening of schools before giving any further advisory. Turkey allowed kindergartners and first graders to return to classrooms for two days beginning Sept. 21 for the first stage of reopening schools. On Monday, the Education Ministry gave the green light for the second phase, allowing second, third, fourth, eighth and 12th graders to go back to school – for two days again – while kindergartners and first graders were switched to a full week of in-person education. “We want to see the outbreak’s progress among students that attended in-person classes. We will evaluate the number of cases and how they progressed before making any additional decisions,” he said.

According to Koca, Turkey recorded 1,671 COVID-19 patients and 57 daily deaths in the past 24 hours. With Wednesday’s numbers, the total number of coronavirus patients increased to 340,450, while the total death toll stood at 9,014. He also said 1,396 patients have recovered in the past day, bringing the total number of recoveries to 298,368. The minister further stated that more than 40,000 health workers have contracted the coronavirus so far, with 107 of them dying of COVID-19.