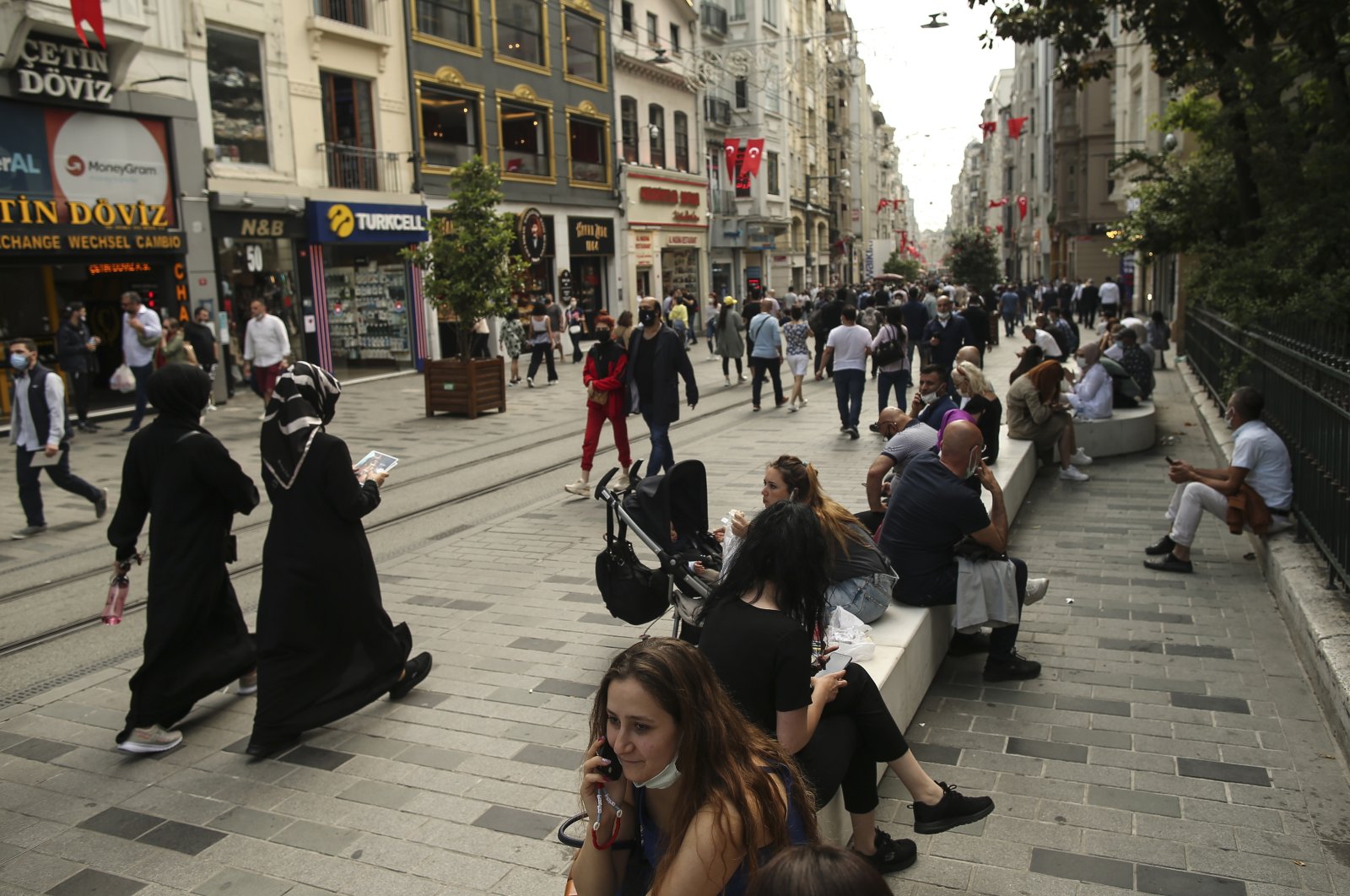 People walk in Istiklal Avenue, the main shopping street of Istanbul, hours before the start of a weekend curfew on May 28, 2021, Istanbul, Turkey. (AP File Photo)
by Anadolu Agency Jun 20, 2021 8:40 pm

Turkey reported 5,091 new COVID-19 cases and 63 deaths in the past 24 hours, the Health Ministry said Sunday, as the country continues to pursue its determined vaccination campaign.

The country also confirmed 409 symptomatic patients. The number of new cases Saturday was 5,480.

Turkey's overall case tally is now over 5.37 million, while the nationwide death toll has reached 49,185 with 63 new fatalities.

As many as 4,219 more patients won the battle against the virus, taking the number of recoveries past 5.23 million.

Over 58.55 million coronavirus tests have been done to date.

The latest figures put the number of COVID-19 patients in critical condition at 813.

Over 7.77 million doses, including first and second shots of COVID-19 vaccines, were administered in the last seven days, according to official figures released Sunday.

In total, the country has given over 41.48 million doses since it launched a mass inoculation drive in mid-January.

More than 27.09 million people have received their first doses, while over 14.38 million are fully vaccinated, the Health Ministry said.

To fight the spread of the virus, Turkey is currently implementing a 10 p.m. to 5 a.m. curfew Monday to Saturday and a full lockdown on Sundays.

Since December 2019, the pandemic has claimed over 3.86 million lives in 192 countries and regions, with more than 178.28 million cases reported worldwide, according to the United States-based Johns Hopkins University.