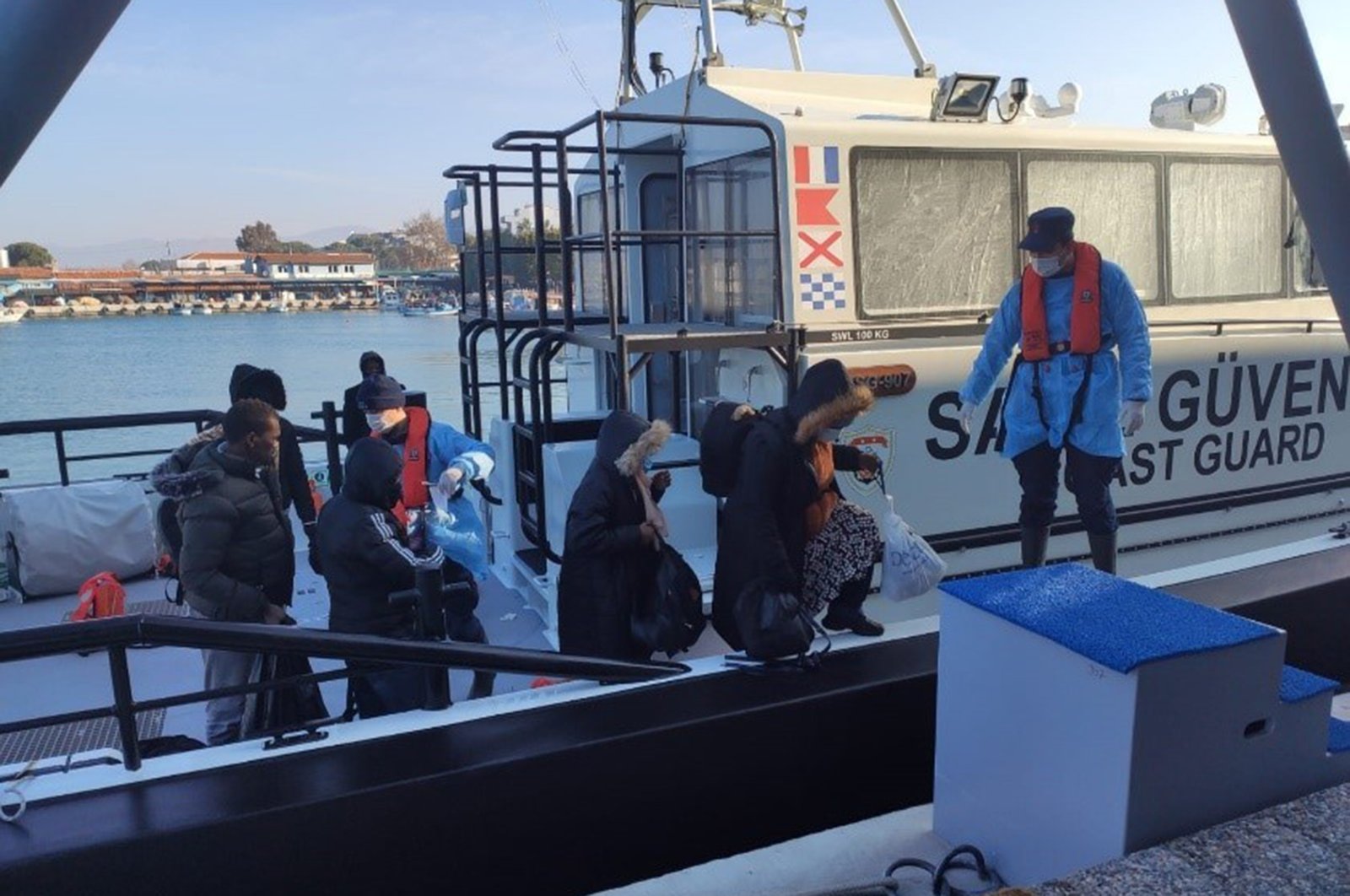 Migrants pushed back by Greece are taken to the shore after being rescued by the Turkish coast guard in western Izmir province's Dikili district on Feb. 23, 2021. (AA Photo)
by Anadolu Agency Feb 24, 2021 12:22 am

At least 33 asylum-seekers were rescued by the Turkish coast guard off the country's western coast late Tuesday.

The Coast Guard Command (ShGK) said on its website that the group of asylum-seekers traveling in a rubber boat had been pushed back to Turkish waters in the Aegean Sea by Greek authorities.

Acting on a tip, a rescue vessel was sent to the group and converged on it off the Dikili district of Izmir province.

The asylum-seekers were transferred to the provincial migration office after reaching shore.

The country has repeatedly condemned Greece's illegal practice of pushing back asylum-seekers, saying it violates humanitarian values and international law by endangering the lives of vulnerable migrants, including children.

Earlier on the same day, Turkey’s Deputy Foreign Minister Yavuz Selim Kıran criticized Athens and others for openly violating the non-refoulement principle, as he said over 80,000 migrants and refugees have been pushed back by Greece in the past three years.