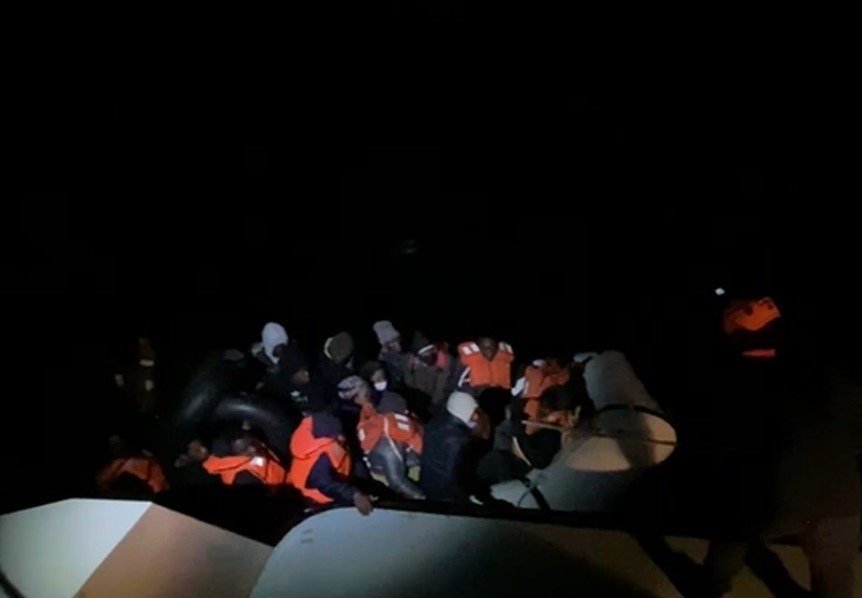 A rubber boat drifting off the coast of western Izmir province with 34 asylum seekers was rescued on Saturday by Turkish Coast Guard units.

Turkish authorities received a distress call from the asylum seekers and found the boat drifting because of a storm. All on board were rescued.

They were referred to the provincial migration office.

Turkey has been a key transit point for asylum seekers who want to cross into Europe to start new lives, especially those fleeing war and persecution.

It hosts nearly 4 million refugees, including over 3.6 million Syrians, more than any other country in the world.