Turkey shortens gap between BioNTech shots ahead of bayram 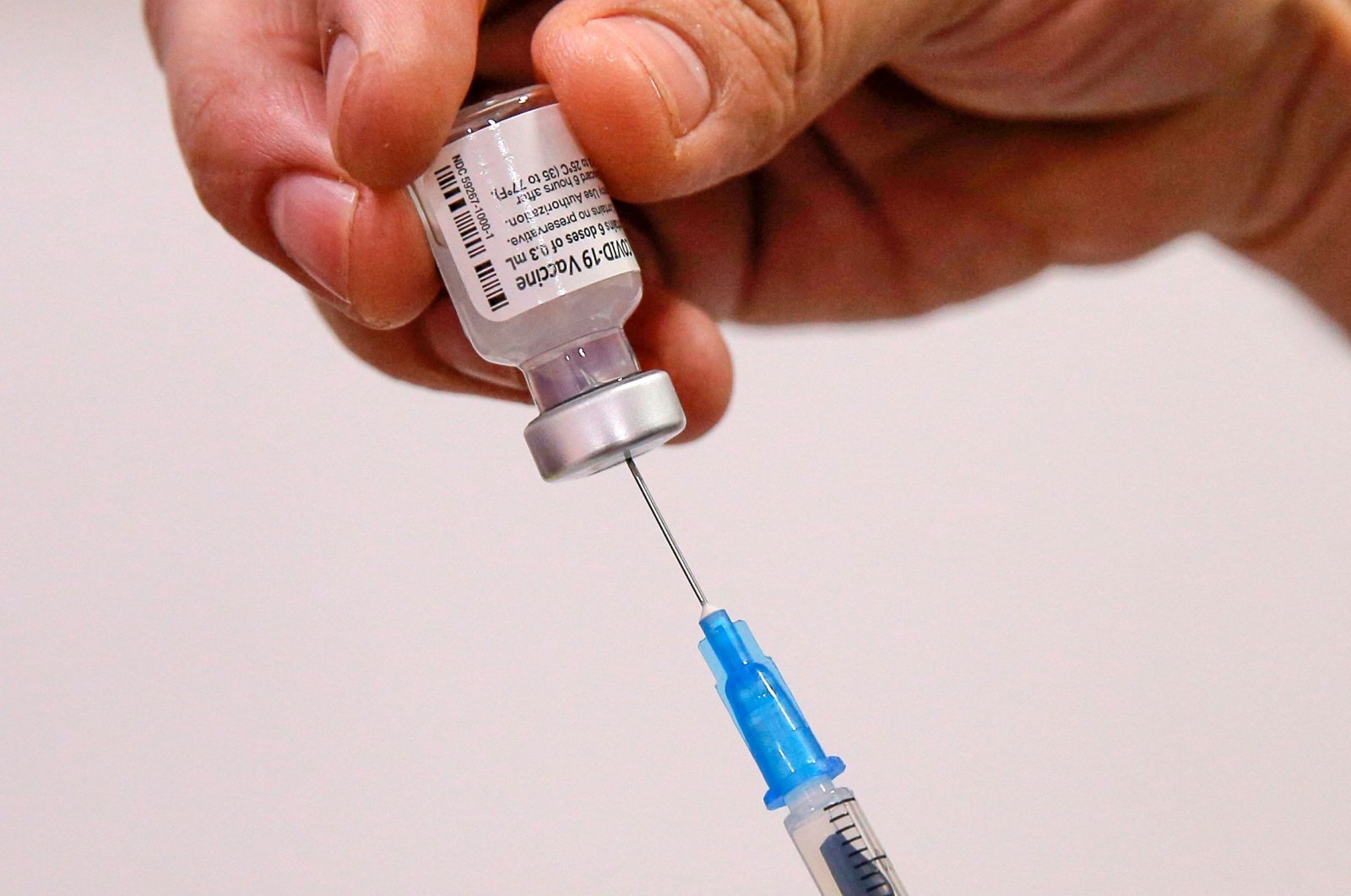 Turkey has reduced the interval between doses of Pfizer/BioNTech’s COVID-19 vaccine from four weeks to three, Health Minister Fahrettin Koca announced Wednesday, amid a surge of new infections among unvaccinated populations.

Speaking at a virtual press conference after a meeting with the country’s Coronavirus Scientific Advisory Board, Koca said the decision to shorten the gap between the doses was due to the government’s aim to vaccinate as many people as possible ahead of the approaching Qurban Bayram, also known as Eid al-Adha.

“We had set our goal long ago to have everyone aged 18 and over to have at least one dose of vaccine before the bayram. We consider it the most important step toward returning life to normal,” Koca said, adding that the number of vaccine doses administered in Turkey has exceeded 60 million.

“This will be the last bayram when we will need to avoid hugging each other. Let's try to avoid contact with each other one last time," he said.

The interval between doses of Sinovac’s vaccine will remain four weeks, the minister told.

Speaking about the number of cases in the country, Koca said infections are spreading in areas with low vaccination rates.

“With a few exceptions, we have witnessed an increase in the number of new infections in areas where vaccination rates are low,” he said.

The minister proceeded to remind the public to keep their guard up by giving the example of the U.K. where the number of cases exceeded 40,000 as of Wednesday.

“Just when the outbreak was over (in the U.K.), they have started to report tens of thousands of cases. The silver lining is that daily death figures appear to be the same despite increasing case numbers. Still, we need to take a lesson from it,” Koca said.

An infectious disease expert had also warned the same day that a highly infectious delta variant could be the dominant coronavirus strain in the country after Qurban Bayram.

The Health Ministry on Monday said the number of delta variant cases almost tripled in a week, from 284 to around 750. The ministry also announced the first confirmed cases of delta plus variant earlier this month.

According to the Health Ministry data, Turkey recorded 6,907 cases and 43 daily deaths Wednesday.