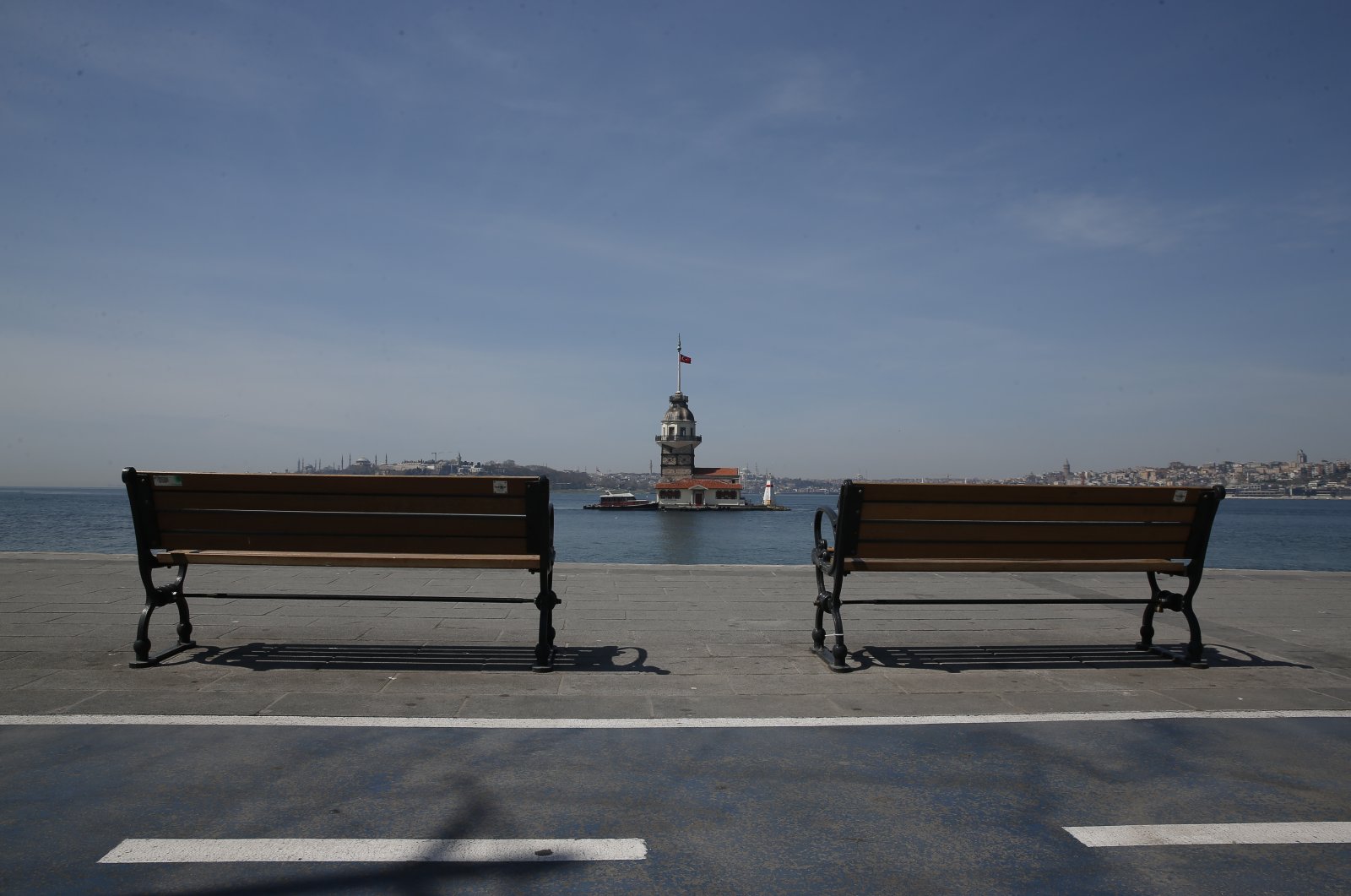 While Erdoğan said the measures could be eased depending on the number of new coronavirus cases leading up to the holiday, he also warned against acting prematurely as he announced a fresh four-day curfew starting on April 23 for the country’s major cities.

Turkey has imposed such measures over the past two weekends. Speaking after a Cabinet meeting, the president said the lockdown would be longer this time due to a national holiday that falls on Thursday, adding that weekend lockdowns could continue "for some time."

“Our goal is to continue enforcing these measures so we can bring the outbreak to a level that would allow returning to normal life after Ramadan Bayram. We can even take some steps before Bayram. We also think all businesses could benefit from taking such steps themselves as well,” Erdoğan said.

Urging citizens not to ease up on following precautions, he called for continued solidarity among the public. "Remember, we can only overcome this epidemic if all 83 million of us act together. We can confidently look at our future as long as we embrace our unity, solidarity and brotherhood," Erdoğan said.

Praising the hard work of both citizens and public officials, Erdoğan said Turkey averted the pandemic from reaching a catastrophic level.

“Turkey’s health care system became the most accessible compared to other nations during the outbreak as we stopped the danger in its tracks with the timely measures we took. We averted the outbreak from reaching catastrophic levels with our citizens following the rules and guidelines,” he said.

Earlier on Monday, Erdoğan inaugurated a massive hospital in Istanbul that was partially opened to help COVID-19 patients. Speaking about additional hospitals, he said construction was underway for two more hospitals in Istanbul that were previously announced.

“Hopefully, we will complete them within the 45 days as we promised before. We have seen the benefits of our investments in the health sector. Turkey continued to look after the health of its citizens uninterrupted, without any chaos, at a time even when so-called developed countries were left hopeless,” he said.

Speaking again on Tuesday before a Central Executive Committee (MYK) meeting, Erdoğan compared the coronavirus pandemic to WWII in terms of economic consequences, as he reiterated the government’s plans to return life to normal.

“This outbreak has become the second-worst crisis the world has faced after WWII in terms of economic consequences. It is just as important to prepare ourselves for this new post-outbreak reality as well,” he said.

“We hope to return life to normalcy after Bayram by strictly enforcing the measures during Ramadan,” the president said.

In line with the president’s words, a member of the country’s Coronavirus Science Board also said summer could mark the beginning of a return to normalcy but for different reasons.

Speaking to Turkish daily Hürriyet, professor Ateş Kara said the restrictions on daily life could be partially relaxed at the beginning of June as scientists believed the infections rate would fall during the summer.

But the professor warned that scenes of packed beaches or pool sides were unlikely to be seen this year.

“Initial findings of the virus being affected by heat were previously published. The virus will be affected by heat, at least to some degree. We shouldn’t hope the summer would be similar to last year. You won’t be able to come together at beaches. The virus will continue to exist, but its infectiousness will decrease during the summer,” Kara said.

Kara also said there were no scientific findings showing that the virus could infect someone in the pool or sea.

“We will still need to practice social distancing and follow precautions, even if relaxed, as we still need more research on the virus’ vulnerability to heat and sunlight. It can’t infect a person through pool or sea water, that much we can say. There haven’t been any scientific findings for that so far, and we don’t expect there to be,” he said.

Meanwhile, Turkey continued to dispatch several Turkish Airlines aircraft as part of Ankara’s efforts to evacuate its nationals stranded abroad during the outbreak.

One aircraft was sent to Kyrgyzstan and departed from the Manas International Airport in the capital of Bishkek with 300 Turkish citizens on board.

Some 337 citizens were brought home from the United Kingdom on another flight, while 448 were evacuated from Germany.

All citizens brought home were placed under mandatory 14-day quarantine upon their arrival, after a quick checkup.

Turkey on Friday commenced a mass homecoming plan to bring back an additional 25,000 nationals stuck abroad in time for the Muslim holy month of Ramadan.