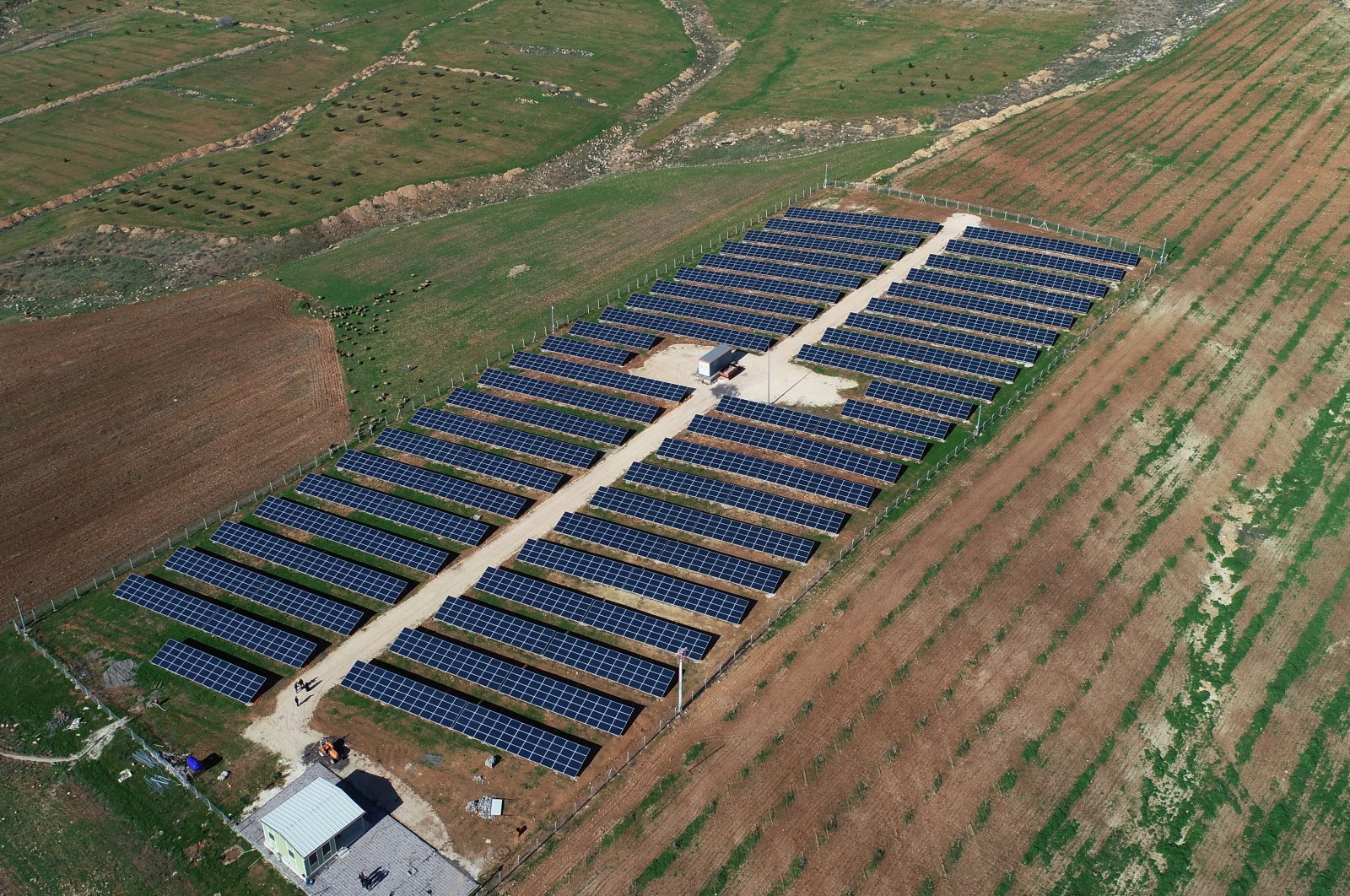 President Recep Tayyip Erdoğan announced on Wednesday that they had signed a memorandum of understanding with the Green Climate Fund for funds worth more than $3.1 billion as the country speeds up efforts to fight the climate crisis

Weeks after Turkey's Parliament ratified the Paris climate deal, the country took another important step in its fight against the climate crisis that is threatening the entire world.

In a speech on Wednesday, President Recep Tayyip Erdoğan gave what he described as "good news," that Ankara had signed a memorandum of understanding under which it will receive loans worth more $3.1 billion (TL 28.54 billion) to help it meet clean energy goals set out in the Paris climate accord.

Sources familiar with the plan said earlier this month to Reuters that Turkey was to receive the loans under a planned deal funded by the World Bank, France and Germany.

"We have put down the signatures in the past days for the memorandum of understanding to provide our country with $3.157 billion from the green climate fund, for which we have been holding negotiations for some time," Erdoğan told members of the ruling Justice and Development Party (AK Party).

The president's announcement comes three weeks after Turkey became the last member of the G-20 group of industrialized states to ratify the Paris Agreement and days ahead of a global climate summit in Glasgow.

Ankara had held up ratification for years, arguing that it was wrongly considered a developed economy under the terms of the accord, meaning it had less access to financial support to meet the Paris goals of switching to green energy.

Erdoğan said funding available under the memorandum would support public and private sector climate projects. Up to $66.5 million would be provided in grants, he said. "We overcame coronavirus pandemic with our robust health infrastructure and we will overcome the problems caused by climate change with green development revolution," he said.

"With our carbon-neutral focused investments, we are determined to accomplish what we have accomplished in our National Technology Movement which brought Turkey to an important place in the world in fields requiring medium and high technology in all fields."

The president noted that the memorandum would pave the way for providing "rewarding," long-term financial support to projects on climate change carried out by the public and the private sector.

The scientific and Technological Research Council of Turkey (TÜBITAK) also empowers projects in the fight against the climate crisis by providing funds. The science body's president said they aimed to help Turkey achieve its “zero-emission target by 2053” by providing funds to projects with low carbon emissions.

Following the ratification of the Paris climate deal by the Turkish Parliament, the country’s main science body focused its efforts on achieving the goal of eliminating all harmful emissions in the following decades.

Professor Hasan Mandal, president of TÜBITAK, says they are one of the first public institutions to take steps to support the country’s struggle against the climate crisis and environmental problems. The efforts took a new turn when the body issued guidelines on research and development and innovation for compliance with the European Green Deal and in the fight against climate change and environmental issues.

TÜBITAK started offering “extra points” in one of its funding programs for scientific, research projects, boosting the amount of funds for those complying with new guidelines earlier this year. The body also coordinates with the Ministry of Industry and Technology for its “Green Development Technology Road Map,” which will serve as a guide both for compliance with the Green Deal and improving “green manufacturing.”

The road map will pave the way for research and development of technologies, Mandal told Anadolu Agency (AA) on Wednesday. He said they also included “impacts of climate change” as a research subject for their incentive program for establishing an artificial intelligence ecosystem. “Thus, we will support artificial intelligence solutions for predicting the future impact of climate change and for creating solutions,” he said.

The science body also plans to introduce a requirement by which all new projects that it supports will have to declare their carbon emission projection.

“We prioritized support for projects on a clean and cyclical economy, clean, accessible and safe energy supply, green and sustainable agriculture and sustainable smart transportation,” he said, adding that one-third of the science projects funded this year focused on those subjects.