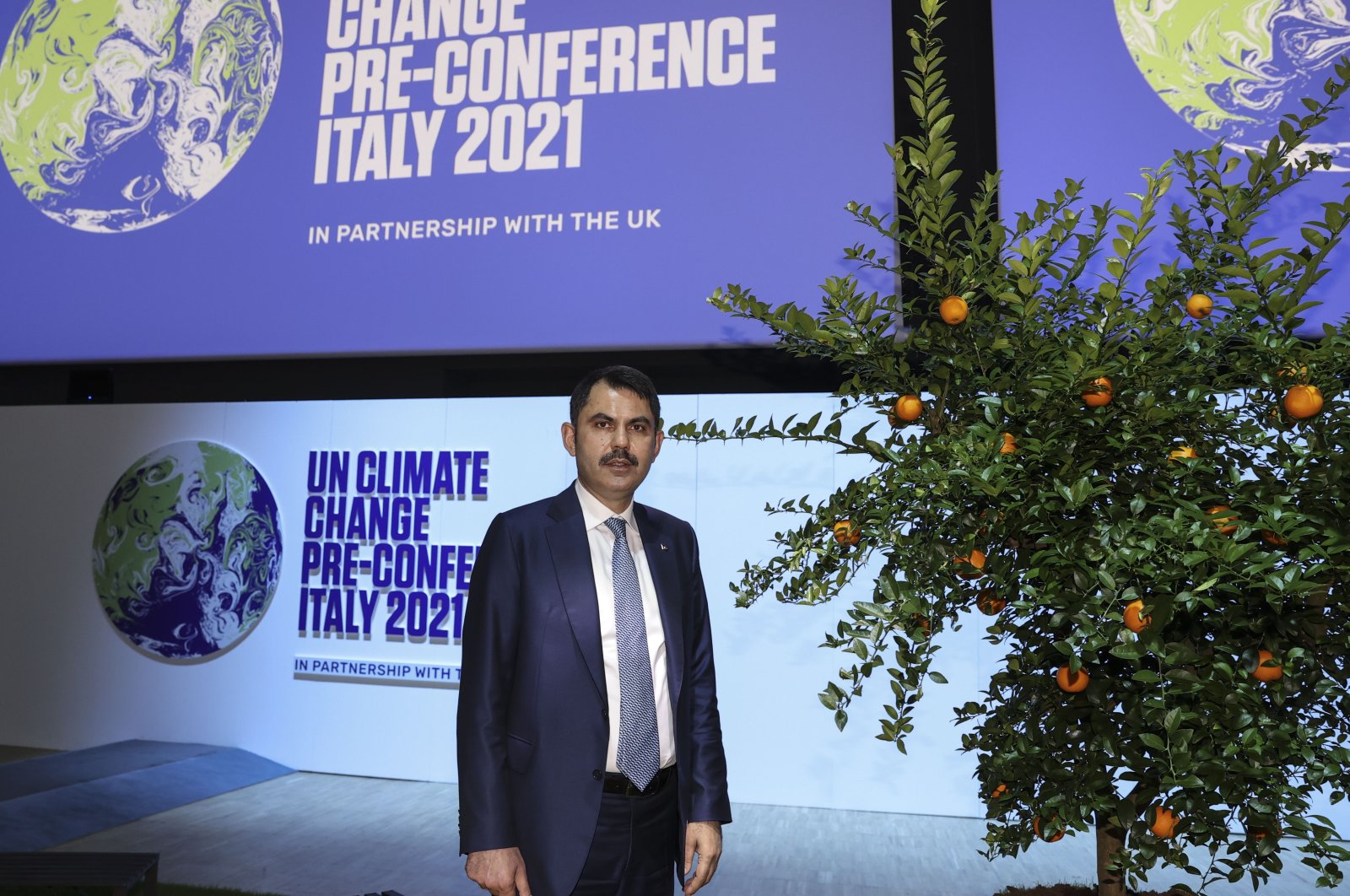 With climate change taking hold in Turkey, the country has felt the impact, from changing temperatures to pollution. As a result, the government will organize a council in 2022 to combat the phenomenon, Environment and Urban Planning Minister Murat Kurum said.

The minister was in Italy's Milan for a series of meetings of ministers from around the world to prepare for the upcoming COP26, the United Nations' major conference held in Glasgow on climate change.

Kurum said climate change is not just an environmental issue but also a development issue, with a deep impact on many sectors, as well as a national security issue. Warning that climate migration could be triggered due to disasters such as global warming, floods, forest fires, drought and desertification, Kurum said these would occur with an increase in average global temperatures of just 1 degree Celsius (1.8 degrees Fahrenheit). If we cannot stop this increase and its negative effects, it will greatly affect the future of our world, he cautioned.

Noting Turkey's net zero carbon emissions target for 2053, Kurum said reaching this goal would require sequestering greenhouse gases, especially those originating from fossil fuels from the atmosphere. Kurum emphasized that they would maximize active participation of not only the government but also nonstate actors, civil society and the private sector in the fight against climate change, aiming for net zero emissions. He also said work in Turkey continues for the passage of a climate law and the establishment of an emissions trading system. "We have prepared our action plan for the European Green Deal, which we believe will lead to radical changes in the investment, production and employment policies of our country, which is moving toward its 2023 targets," he said.