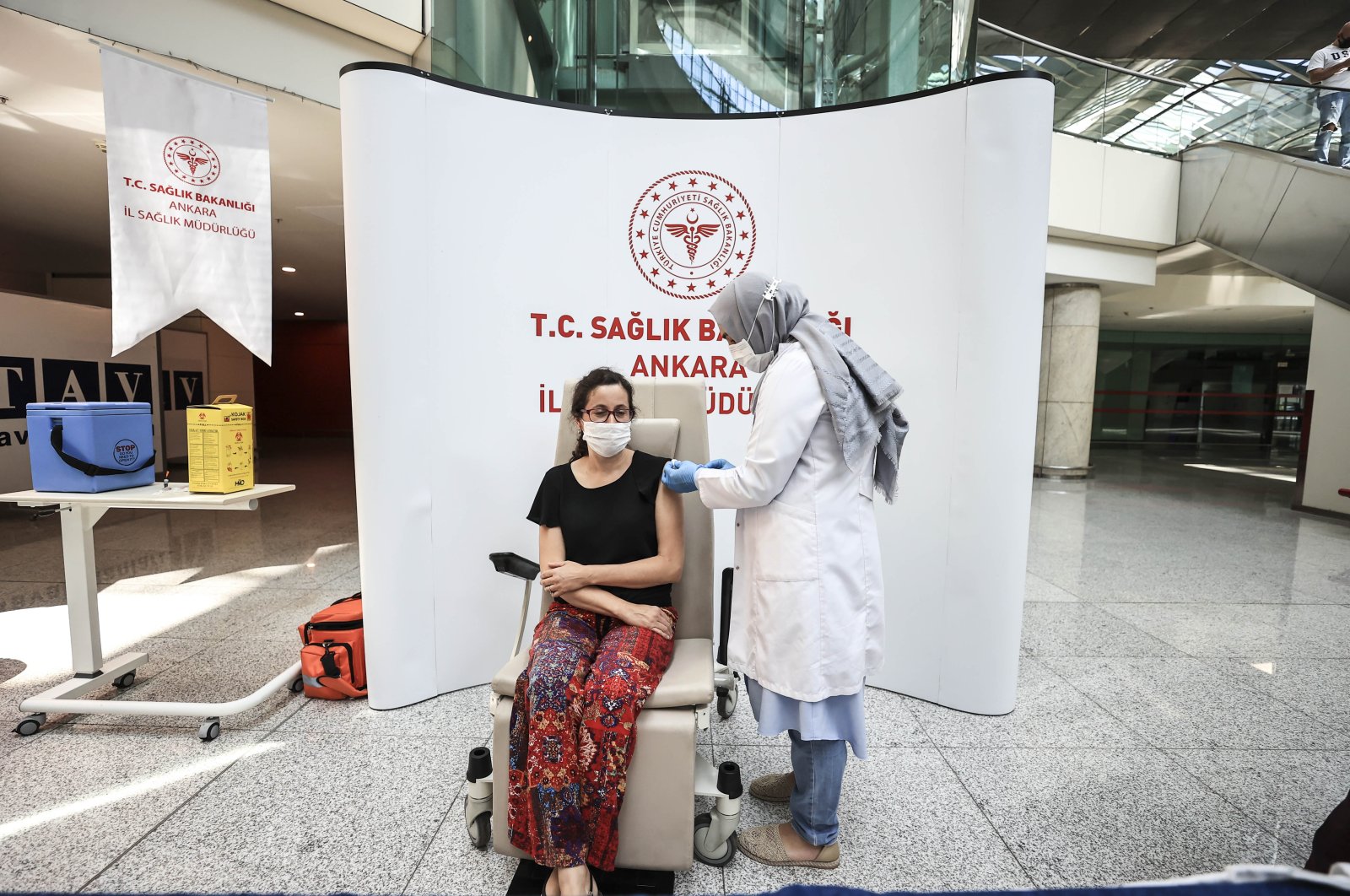 In a race against time to curb the coronavirus pandemic, Turkey prepares to add Russia’s Sputnik V vaccine to the list of jabs it offers this week, seeking to protect the population amid the delta variant boom in other countries

Turkey made it to the list of top ten countries with the highest number of coronavirus vaccine doses administered. But the struggle against the pandemic is not over yet, especially at a time when the delta variant threatens a new surge in cases elsewhere. To boost its vaccination drive, the country plans to make Russia’s Sputnik V vaccine available to the public this week. The first shipment of vaccine had arrived in recent weeks and was subject to final safety tests. It will join China’s CoronaVac and the Pfizer-BioNTech vaccine available to the Turkish public. The Health Ministry, which sped up the inoculation drive with the arrival of new shipments, plans to further expand the campaign by deploying mobile crews that can offer jabs to people unable to go to hospitals and clinics.

The country plans to inoculate 70% of the population with two doses of vaccine within the next two months, amid concerns of a fourth wave of the pandemic stemming from variants. The Health Ministry has announced that 134 delta variant cases were reported in 16 provinces. It is a relatively low number, compared to the number of daily cases, which fluctuate around 5,000 nowadays. Since March 2020, more than 5.4 million cases were reported in the country while the total number of fatalities has exceeded 49,000. The delta variant mostly threatens those with single dose of the vaccine and those who were not administered jabs at all.

The Health Ministry is also considering shortening the time span between the two doses of vaccine, which is currently one month. Turkey managed to surpass 1 million daily doses. As of Tuesday, the number of doses administered exceeded 48.8 million. But the number of daily doses occasionally drops, something tied to confusion among the public over vaccines and an outright anti-vaccination mindset among some. Anti-vaxxers are still a fringe group that thrive on social media. A gathering they held in Istanbul last week drew only dozens. But conspiracy theories on vaccines, including the claims that they alter people’s DNA and cause infertility, fuels vaccine hesitancy among the public. Studies show people between the ages of 20 and 35 were among those least interested in getting jabs and coincidentally, they are also most prolific social media users. The Health Ministry had recently enlisted celebrities for its vaccination campaigns and video ads featuring the likes of actors, singers and sports personalities aiming to persuade everyone to get a shot.

Figures point to a low interest in vaccination in the southeast, where the rate of people who had their first dose relative to the total population remained only at 19% and was even lower among those with two doses of vaccine. The Aegean region in the west, on the other hand, is among the most interested in vaccines. The vaccination rate of those with at least one dose in that region is 48% of the total population.

Professor Selma Metintaş, a member of the Health Ministry’s Coronavirus Scientific Advisory Board, says increasing the number of people with a second dose of the vaccine is important and that the public should exert caution until reaching the 60% rate in the number of second doses administered. So far, this number is around 14.9 million for the country of 83.6 million people, or roughly 18%. Metintaş told Anadolu Agency (AA) on Tuesday that any loss in the current momentum of vaccination would drive up the number of daily cases again. “We have a good opportunity of access to vaccines and we should use it well,” she said.

“People still need to heed measures, as getting vaccinated does not mean that you immediately gain immunity against the coronavirus. Besides, the disease is still effective in Turkey. The low number in daily cases is the result of past lockdowns and without fast vaccination, we will see another surge,” she warned. Though she avoided giving an exact date for the end of the pandemic, Metintaş said only vaccination levels and people’s adherence to rules would determine it. “We need to reach that 60% level. If we can conclude the shipment of 120 million doses of vaccine (as Turkey agreed with the vaccine producers), this number can be achieved and we can welcome autumn in a better way,” she said.

The vaccination campaign helped Turkey boost its standing among other countries amid the pandemic. A “COVID Resilience Ranking” published by Bloomberg put the country at the 14th spot among 53 countries, one spot lower than Singapore and one spot ahead of Saudi Arabia. The ranking demonstrates the “best and worst places to be” amid the pandemic and at a time of reopening in most countries. It aggregates a set of criteria, from the rate of people vaccinated against COVID-19 to the severity of lockdowns, flight capacities and other indicators such as quality of life and the severity of the pandemic.