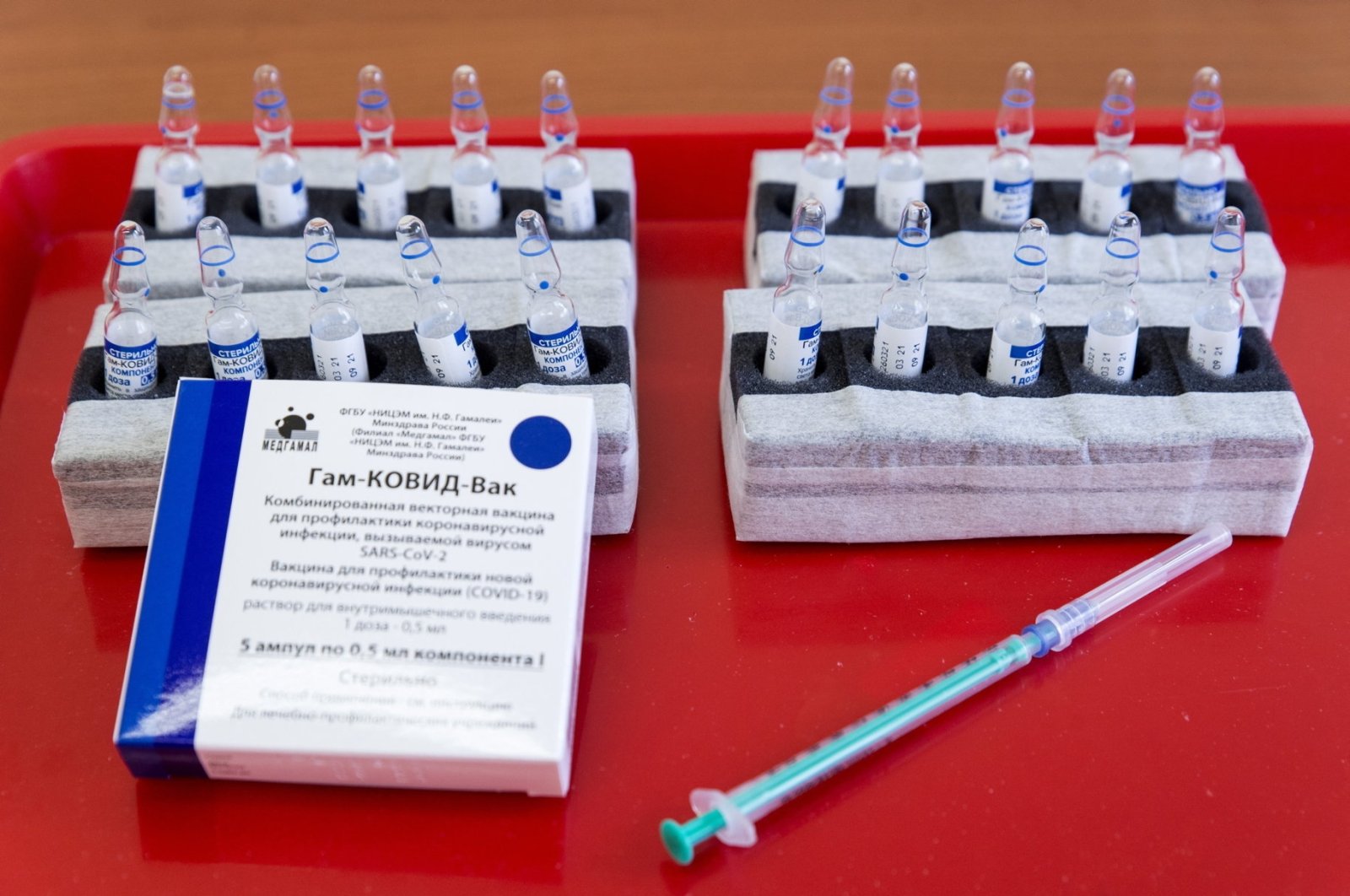 Turkey's Health Ministry on Friday issued emergency approval for Russia’s Sputnik V vaccine, making it the third COVID-19 vaccine available for use in the country.

Though Turkey has yet to receive any shipment of the vaccine, the Health Minister announced that they would acquire the jab soon. President Recep Tayyip Erdoğan on Friday confirmed the expected delivery of the vaccine.

Erdoğan said Turkey does not have any problem regarding its COVID-19 vaccine supplies. “We have enough vaccines for now. We held talks with Russia and we will bring in the Sputnik V vaccine,” Erdoğan told reporters in Istanbul on Friday.

His remarks come at a time when the number of shots administered against the virus crossed more than 22.7 million. Some 13.7 million people had their first shots while more than 9 million have received the second dose of the vaccine.

The president said he would also talk to Russian President Vladimir Putin and expected that Turkey would obtain “a serious amount of Sputnik vaccine” after the meeting. He also mentioned that they were set to receive more shipments of the Pfizer-BioNTech vaccine from Germany. He noted that they also planned to receive a high amount of CoronaVac, the first vaccine used in Turkey, from China, after he discussed the vaccine delivery issue with China's Xi Jinping.

Turkey started administering CoronaVac jabs to health care personnel in January and the president himself was vaccinated with the inactive vaccine. Recently, authorities also started giving the Pfizer-BioNTech vaccine to citizens choosing it. Media reports also said that authorities were in talks about acquiring the Moderna vaccine.

The country once ranked sixth in vaccination in the world but the drive has somewhat slowed down. Experts tie it to challenges in vaccine deliveries, something the Health Minister recently partly acknowledged. But authorities are also concerned that anti-vaxxers and vaccine skeptics may affect the inoculation drive.

In the meantime, work is underway on locally-made vaccines. Most are still in the early stages of development but scientists hope to achieve results this year. Vaccines being developed in the country range from an inactive vaccine to an intra-nasal spray and a virus-like particle (VLP) vaccine. Erdoğan told reporters that universities and pharmaceutical companies are working hard and he expected “mass production” would start in September or October “based on what they pledged.”