Turkey to focus on local restrictions in fight against outbreak 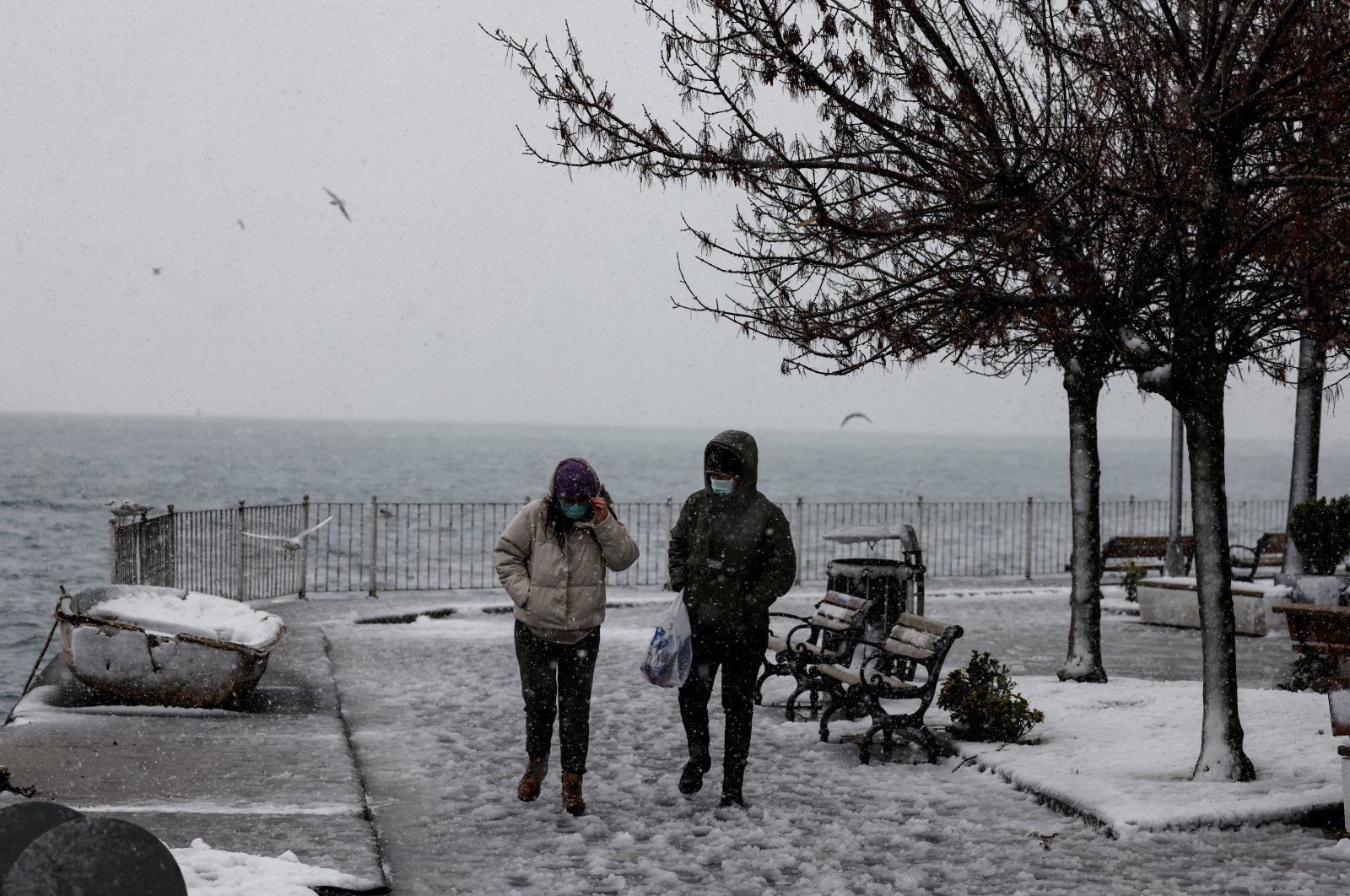 As the country progresses into the next phase of its fight against COVID-19, authorities have started sharing the weekly cases in each province in a new initiative that gives local health boards the authority to determine the extent of restrictions based on regional data

With nationwide partial lockdowns still in place, Turkey looks to the next phase of its fight against the coronavirus outbreak and has announced that it could ease or tighten restrictions. As Health Minister Fahrettin Koca announced on Feb. 10, in this new phase entitled “Decision on the Ground,” the public health boards of the country's 81 provinces will make the decision on whether it loosen or buckle-down on restrictions.

In line with the new process, the Health Ministry has begun to release the weekly average number of cases in each province as of Monday. Citizens will be thereby able to see the risk the outbreak poses up close. A smartphone app by the ministry already gives access to “risk maps” for each neighborhood, but the overall number of cases for provinces have not been shared with the public so far, other than vague rates of cases for big cities like Istanbul announced from time to time by the ministry.

Public health boards coordinated by provincial governorates will be allowed to ease or step up restrictions and their scope based on the prevalence of the outbreak in each province, something that been done last year that proved successful. Nevertheless, a sudden surge in cases across the country forced authorities to impose new nationwide measures in November. Those ignoring the rules set in place to counter the outbreak are complicit in the surge. Currently, there is a standing weeknight curfew at 9 p.m. nationwide and weekend lockdowns that begin on Friday night and last until the early hours of Monday with citizens only allowed to leave the house to buy essentials.

In its fight against the outbreak, which made its foray into the country in March, Turkey plans to segue into the "new normal" in which measures like mask-wearing and social distancing will likely remain intact but limitations to social life will be lifted. A vaccination campaign kicked off last month, instilling hope into the nation, but authorities warn that the vaccination does not mean a quick end to the outbreak and have called on the public to maintain their guard.

Professor Mustafa Necmi Ilhan, a member of the Coronavirus Scientific Advisory Board which advises the government on measures against the outbreak, says the weekly case announcement was part of a new road map. Under a new model, the ministry plans to introduce a set of criteria for each province and/or district to lift or tighten restrictions. Public health boards will be able to determine if any given province/district meets the criteria, primarily the number of cases as well as public compliance with rules that will be determined through routine inspections.

Associate professor Afşin Emre Kayıpmaz, another member of the board, told Anadolu Agency (AA) on Monday that daily cases vary for each region. “We have a large number of variables, including the sociocultural structure of residential areas, that affect the number. The number of cases differs even between different districts of the same province. Publishing weekly cases will offer a guideline to provinces on shutting down businesses and public venues or reopening them,” he said.

Easing restrictions is a tough task, though, especially with people still violating the rules. The Interior Ministry announced on Monday that more than 29,000 people were issued warnings and/or fines for violating curfews between Feb. 8 and Feb. 15. Professor Serap Şimşek Yavuz, a member of the Coronavirus Scientific Advisory Board, says ignoring rules could be problematic at this time. “An expected third wave in the outbreak in March is not a far-fetched possibility if restrictions are eased,” she told Ihlas News Agency (IHA) on Monday. The supposed third wave refers to an uptick in virus cases stemming from new variants that emerged in certain countries, including the U.K., South Africa and Brazil. Turkey reported dozens of variant-related cases across the country, mainly from travelers from abroad. The impact of the variants first reported last month that increased in February is expected to be seen in a few weeks, a period corresponding to March.

Social mobility remains the biggest threat to the fight against the pandemic. The normalization process that followed the first few months of the outbreak ended with an increase in the number of cases in the autumn, a spike attributed to people traveling around the country to visit their hometowns and resort towns over the summer.

Yavuz says that vaccination is key in slowing down the pandemic, along with properly wearing protective masks.

As of Monday, more than 4.2 million people were vaccinated, including 585,343 people who received the second dose of CoronaVac. Health Minister Fahrettin Koca tweeted Monday that they aimed to have vaccinated 500,000 people on Monday alone. “We will have fewer question marks (about the course of the pandemic) when the number of vaccinations increases,” he added.

“What we need now is decreasing mobility. If we rush to lift restrictions, infection rates may revert to previous levels,” Yavuz warned. “I believe the situation will improve in time, if we only follow the rules. We have to be patient for now. I see people are more careful, especially after November (when the curfews are re-introduced). We will have better days by clinging to measures,” Yavuz said.