Turkey to increase forested areas to one-third of country: Erdoğan 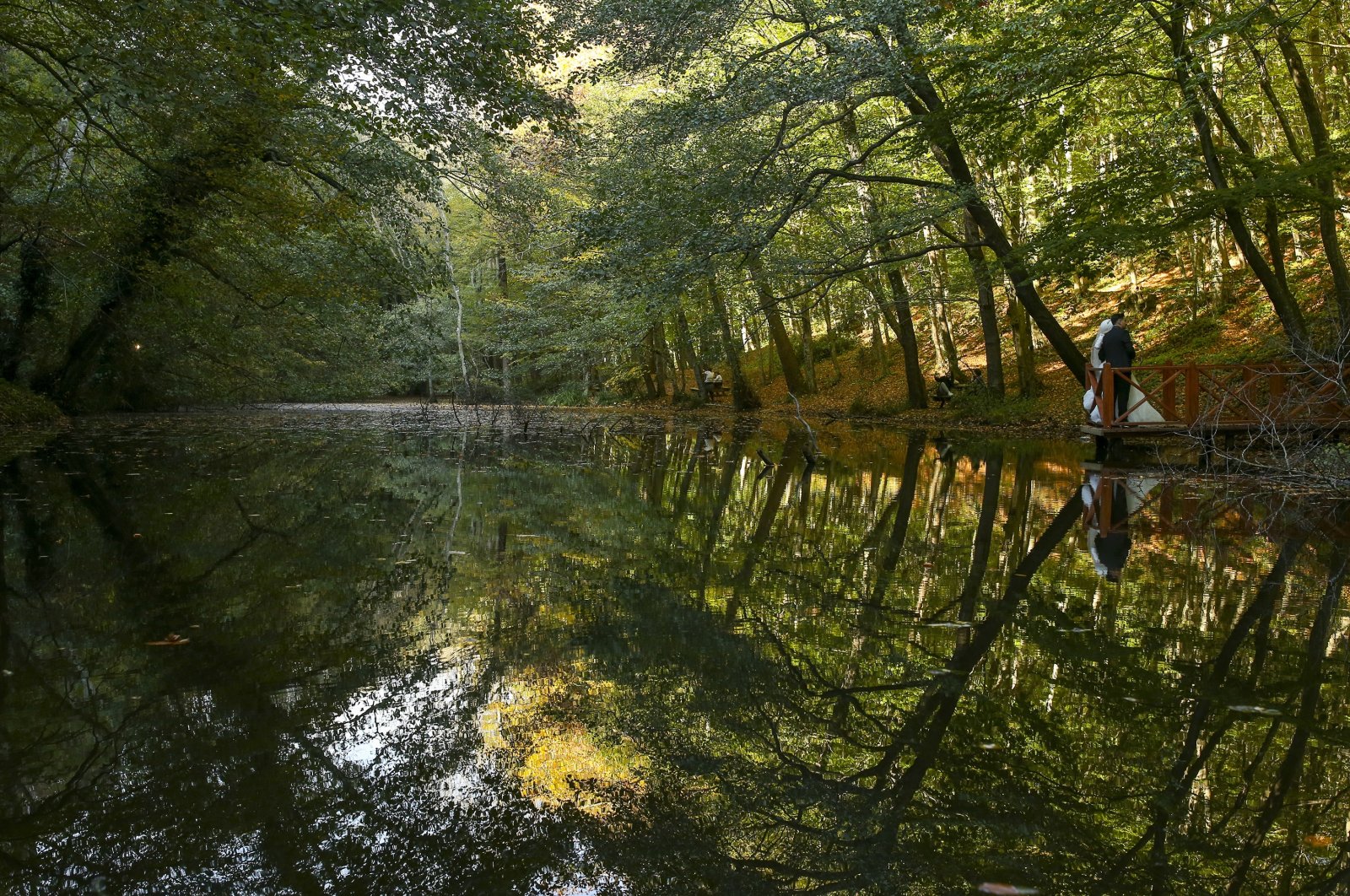 Turkey wants to increase its forest areas to one-third of the country’s total area by 2023, President Recep Tayyip Erdoğan said Thursday, adding that all countries need to reconsider their policies for a more sustainable world.

Speaking at a ceremony marking National Afforestation Day in Ankara, Erdoğan said current environmental disasters are alarm bells by nature, and every country should regulate their policies according to this fact.

“We received this message, but I have doubts that those who are responsible for the current situation have awareness of it. Every sapling we plant, and our resolute stance in international platforms are the indicators of our struggle,” Erdoğan said.

Noting that Turkey set a zero-emission goal by 2053 by participating in the Paris climate agreement, the president said the country puts “green development” at the center of its 2053 vision about Turkey’s middle- and long-term projections. Erdoğan added that Turkey has planted 5.5 billion saplings since the Justice and Development Party (AK Party) came to power in 2002.

The Paris agreement will enter into force in Turkey on Nov. 10 with the aim of boosting the country’s international standing in the fight against climate change.

The agreement creates the legal environment that will ensure regulation in policies and laws in line with the goal of limiting the global temperature rise to 1.5 degrees Celsius (2.7 degrees Fahrenheit). Within this framework, Turkey will update its Nationally Determined Contributions (NDCs), the means by which each country every five years will showcase its efforts to reduce national emissions, and adapt to the impact of climate change.

Under the legally binding agreement, Turkey, which had previously committed to reducing its emissions from a 21% increase by 2030, plans to update its NDCs containing emission reduction targets for the energy, waste, transportation, buildings and agricultural sectors as a first step, and submit it to the United Nations Secretariat.