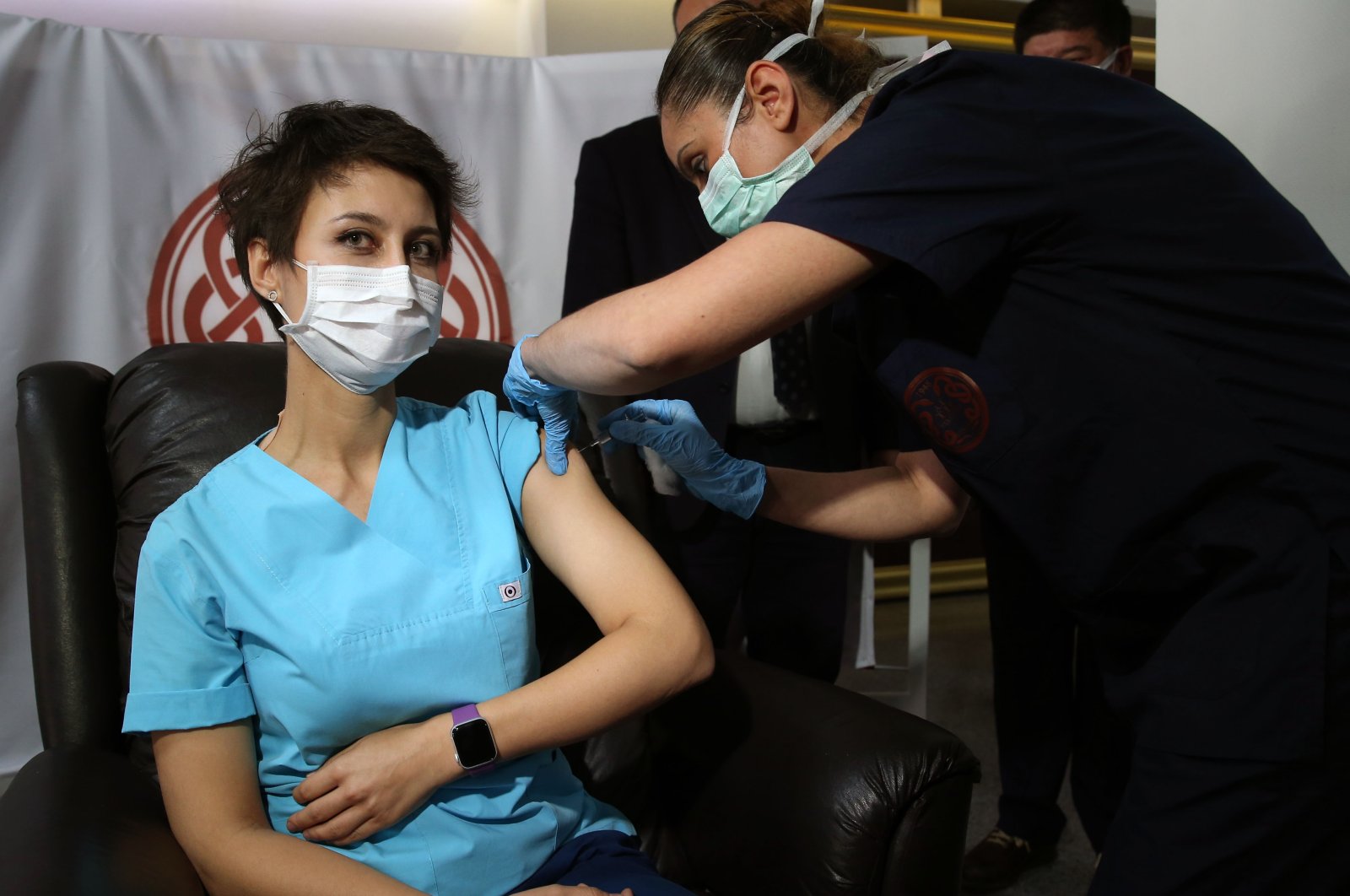 A road map is in the works as human trials gain momentum for a COVID-19 vaccine and 2.5 million in Turkey are expected to be inoculated with a vaccine from China

The human trials of vaccines developed by China, and with U.S.-German partnership are underway in Turkey, which also aims to start trials for its own vaccine within weeks.

The country has charted a road map for vaccination of the masses. If the trials prove successful, the country plans to inoculate 2.5 million people with the CoronaVac, developed by China’s Sinovac in the first stage, according to the media.

Health care workers, members of law enforcement and people working in crowded places will be prioritized for the first mass vaccination, which is scheduled for early 2021.

Five million doses of vaccines will be obtained from China for two doses for 2.5 million people. CoronaVac was the first foreign vaccine to launch Phase 3 trials in Turkey in September. Thousands of volunteers have received it since.

Earlier in September, a vaccine developed by U.S.-based Pfizer and Germany’s BioNTech also launched human trials in Turkey. The trials have gone smoothly so far and it has been found to develop 98% antibodies in volunteer recipients.

After health care and law enforcement workers, the China-made vaccine will be administered to the youth. Senior citizens are low on the priority list as the vaccine has not been tested on those 65 and above as yet.

On Oct. 20, the authorities announced that a locally made vaccine was also set for human trials within weeks. Health Minister Fahrettin Koca announced earlier that Turkey was closer to human trials for three vaccines, out of a total of 13 under development.

Turkish scientists are also working on 10 projects for the development of drugs against the deadly disease. Media reports say two vaccines developed by Erciyes University in the central province of Kayseri and another by the private pharmaceuticals company, Koçak Farma, were close to human trials.

Groups of healthy volunteers, composed of 20 to 80 people, will receive the vaccine in the first stage. The number will increase in the following stages and will eventually reach at least 3,000 people in Turkey and abroad. Advancing to the next stages will depend on whether the vaccines have serious side effects on volunteers.

Amid efforts for vaccines and drugs, Turkey has also tapped into plasma therapy for COVID-19 patients. The Turkish Red Crescent (Kızılay) leads a campaign for plasma donation. The charity president, Kerem Kınık, told Anadolu Agency (AA) Friday that 20,000 donors have contributed to the campaign since March. Donations corresponded to more than 45,000 immune plasma components that were given to patients.

"Plasma donations played a significant role in decreasing fatalities, reducing the burden on hospitals and facilitating a drop in the number of people in intensive care," Kınık said.

However, he warned that the patient numbers may increase as winter approaches and urged the public to be "sensitive" to the issue of donation. "Our blood and plasma stocks are above the minimum level, but we may need more blood donations as the number of patients and surgeries may increase in the winter."

The charity also oversees blood drives across the country and the coronavirus outbreak dealt a blow to donations as people shy away from donations, though donation centers offer a safe environment with measures taken against the pandemic in place.

The therapy, already tried in other outbreaks like SARS and Ebola, at times offer effective treatment and acts as temporary vaccine-like protection for health care workers and those with weak or suppressed immune systems. The therapy tests if giving infusions of survivors' antibody-rich plasma to COVID-19 patients who have been intubated in intensive care units and have begun to show alveolar damage or those having trouble breathing would boost their own body’s defenses to help fight off the virus. Plasma works using the same principle as a vaccine, but unlike a vaccine, any protection would only be temporary and offer passive immunization.

Turkey recently has seen a surge in the number of new patients. Koca, however, said the number of infections has never been "out of control" in the country. Addressing an event of the Turkic Council Health Scientific Board in Istanbul on Friday, Koca said Turkey occasionally saw an increase in the number of patients at times like other countries. He said devoted health care workers and the fast response was key to control the outbreak, giving the example of an app that helps to track the cases and limits the movement of positive patients. Koca also hailed the work of more than 13,000 contact tracing crews across the country who track down the contacts of positive patients and arrange their self-isolation to reduce the infection rate.

Since March, Turkey has reported more than 370,000 patients, while recoveries stand at 320,762. Fatalities from the coronavirus exceeded 10,000, and the total number of tests has now surpassed 13 million.